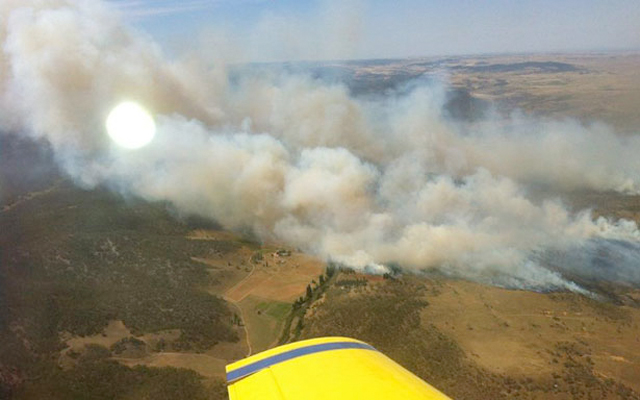 Australia’s top government-appointed climate commissioner says this week’s heatwave is occurring amid record-breaking weather around the world. “This has been a landmark event for me,” Professor Tim Flannery told Climate Desk from his home in Melbourne. “When you start breaking records, and you do it consistently, and you see it over and over again, that is a good indication there’s a shift underway—this is not just within the normal variation of things.”

Flannery is perhaps best known in the US for his 2005 book, The Weather Makers: The History and Future Impact of Climate Change; Downunder, he was named Australian of the Year in 2007, and appointed chief climate commissioner in 2011 by the current Labor government, which tasked him with communicating climate science to the Australian public (a government-funded job that may well sound unimaginable to American readers).

Flannery says the harsh weather is a sign of things to come: “What we’ve seen is the bell curve shift to the hot end. The number of very hot days is increasing quite dramatically. But we’re also encroaching on entirely new territory.” 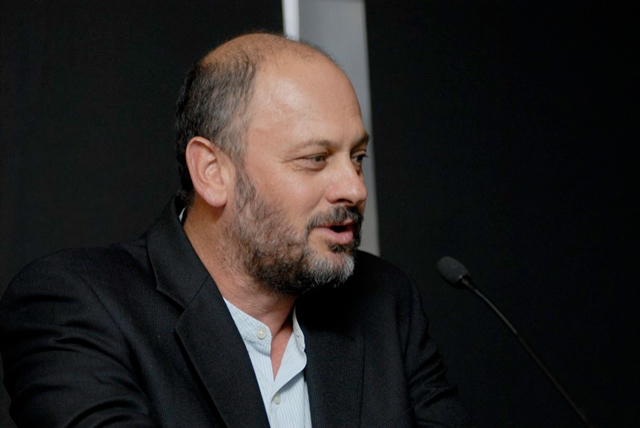 Several fires are still burning in Tasmania, Australia’s lush island state, where the crisis began last week. The cost of the destruction of 200 buildings there is pegged at $A50 million ($US52.7m), according to the Australian newspaper. Luckily—perhaps shockingly given the extent of damage—lives were spared.

Statewide total fire bans remain in force across the weekend in Australia’s most populous state, New South Wales (NSW), where at last count more than 95 fires are still burning, with 18 out of control. NSW Rural Fire Service Deputy Commissioner Rob Rogers told the Australian Broadcasting Corporation that new fires on Saturday might be “beyond the ability for fire services to suppress.”

And don’t think there’s any rest from wild weather. Not content which just record-breaking heat, the skies are now hurling Narelle—a category 4 severe tropical storm comparable to a strong Category 3 hurricane—at the North West of the vast continent. Communities living along a coastline roughly as long as the stretch from New York to North Carolina are bracing for gale force winds and heavy rains. 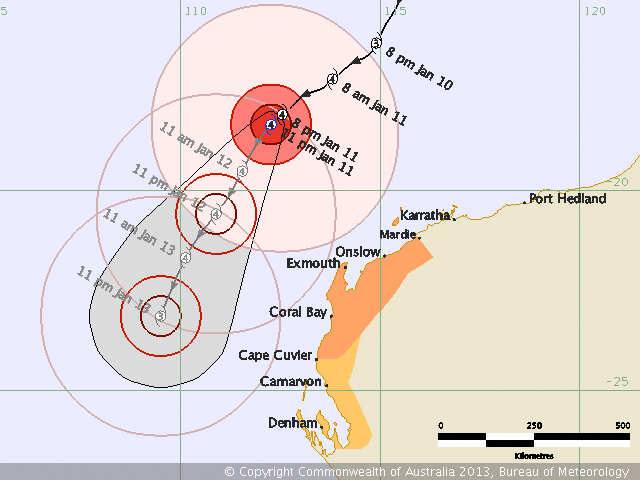 “There is no doubt,” Flannery said, “that climate change is playing a significant roll in this. If this was just one record-breaking event you might write it off as a statistical anomaly. But that’s not what we’re seeing. We’re seeing records falling around the world.”

Flannery told Climate Desk the Australian government has confirmed he will hold his seat for the next two years, but it might not play out that way. The conservative opposition party is likely to erode the Climate Commission if elected, something that will be decided by a deepy divided electorate towards the end of this year. The election promises to be fought over the government’s carbon tax. Opposition leader Tony Abbott famously made a “blood pledge” to repeal the tax which will lead to a carbon trading scheme.