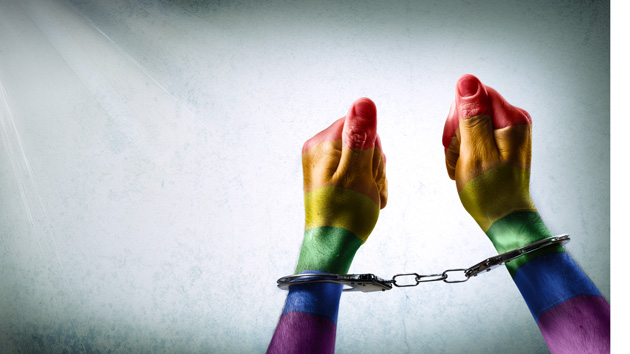 We’ve long known that justice in America is not colorblind. Black men are imprisoned at about six times the rate of white men, while black women are twice as likely as white women to end up behind bars. Adding another layer to the conversation about criminal justice reform, a new report highlights how the criminal justice system also disproportionately targets lesbian, gay, bisexual, and transgender (LGBT) people.

While only 7 percent of American teens currently identify as LGBT, around 20 percent of those in detention do.

According to the report, which was co-authored by the Center for American Progress and the Movement Advancement Project, LGBT people face higher incarceration rates than the general population. This is especially true for gay and lesbian teens: While an estimated 7 percent of American youth currently identify as LGBT or gender nonconforming, about 20 percent of those in detention do, according to one survey of seven juvenile detention centers.

“It used to be a crime to be LGBT in the United States, and while police are no longer raiding gay bars, LGBT people, especially LGBT people of color, are still disproportionately pushed into the criminal justice system,” Ineke Mushovic, executive director of the Movement Advancement Project, said in a statement.

What accounts for this disparity? The report authors point to several theories: Stigma in society, including in the workplace, puts LGBT people at increased risk for unemployment, homelessness, and involvement in survival economies like prostitution. State indecency laws and anti-prostitution laws may also target LGBT people, along with laws that seek to reduce the transmission of HIV by criminalizing certain actions by people who are infected. Discriminatory policing practices may lead to more interactions with cops, while bias during legal proceedings may lead to higher rates of incarceration. Once in prison, the report notes, LGBT people are more likely to experience sexual abuse and solitary confinement.

For a deeper look, check out the full report here.