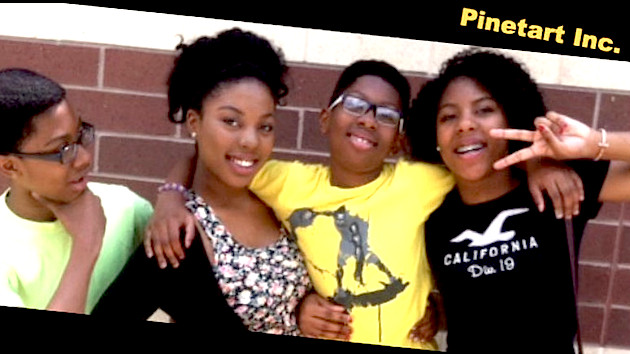 Three teens in Georgia just made a mobile app they hope will help prevent the next police shooting of an unarmed young person.

It’s called Five-O, after the slang term for police, and it’s the brainchild of siblings Ima, 16, Asha, 15, and Caleb Christian, 14, who live in a suburb of Atlanta. Here’s how it works: After interacting with a cop, users open the app and fill out a Yelp-like form on which they can grade the officer’s courtesy from A to F, check a box if they were verbally or physically abused, and add details about the incident. They can view ratings on other cops and police departments across the country, participate in community forums, and check out a Q&A titled “Know Your Rights.”

Ima Christian says their parents encouraged them to think about how they could respond productively to incidents like Brown’s death. “One of the things they really stress is that we focus on finding solutions,” she told Mother Jones. “We really hope that Five-O will be able to give every citizen a voice when interacting with the police.”

But the Christians say Five-O isn’t just for outing bad cops; they hope it will help also highlight good policing. “We want people to be able to document if the police are very courteous or if they save your cat or something,” Ima says.

The siblings have been honing their coding skills since elementary school by participating in the MIT programs +K12, Scratch, and App Inventor, and they’ve also taken programming classes at Georgia Tech and Emory, all with encouragement from their parents. They’ve started their own app development company, Pine Tart, Inc., and they’re currently working on two other projects: Froshly, which will help incoming college freshmen meet their classmates, and Coily, which will review hair-care products for black women.

Here’s a preview of Five-O: