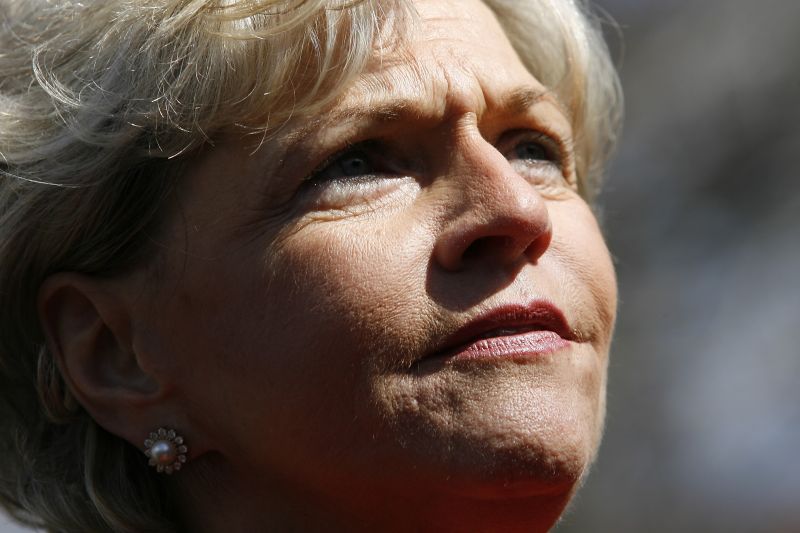 In June, the Republican-controlled state house sought to chip away at the original law, tweaking its language to require that courts prove that prosecutors acted “with discriminatory purpose” when selecting juries and seeking the death penalty—an unreasonable burden of proof, according to some attorneys in North Carolina. And in November, the state Senate voted essentially to nullify the law, arguing that it would serve as a proxy for ending the death penalty altogether.

Will Perdue’s veto hold up? From Raleigh News & Observer:

While eight of Perdue’s vetoes have been overridden there appears to be little chance of that this time. House Republicans would have to lure five Democrats to muster the 72 votes necessary for the three-fifths margin.

Although five conservative Democrats broke ranks with their party on other issues this year, one of them, Rep. Bill Owens from Elizabeth City, said Wednesday he will not vote for an override. Another, Rep. Jim Crawford from Oxford, said he probably won’t, and a third, Rep. Dewey Hill from Brunswick County, said he doesn’t know.

“My sense of it right now is it probably will not be overridden,” Crawford said. Senate Bill 9 cleared the House in June with all but three absent Republicans voting for it, and all of the Democrats opposing. Without those five votes, Republican leaders would have to look for an opportunity to spring an override vote on a day when not enough Democrats show up for a session, which House Speaker Thom Tillis has said is a possibility.

A veto that makes Perdue look soft on crime might morph into a political liability for her come 2012, when she’ll be mounting a tough re-election campaign against Charlotte’s former mayor, Pat McCrory. It’ll be a tight race: a September poll conducted by Public Policy Polling had her trailling McCrory, 45-41.

But if defending inmates against potentially biased sentencing matters to voters, standing up for the Racial Justice Act could offer a critical boost down the stretch.