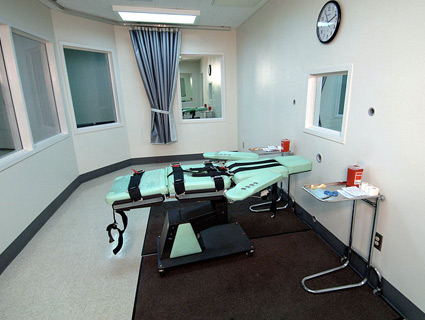 The number of Americans who approve of the death penalty is at its lowest level in nearly four decades, according to a Gallup poll published last week. The poll, which was conducted between October 6 and 9 (just two weeks after the controversial execution of Troy Davis), puts national support for capital punishment at 61 percent, a three-point drop from 2010. Gallup says the data reflect the lowest level of support for the death penalty “since 1972, the year the Supreme Court voided all existing state death penalty laws in Furman v. Georgia.” The numbers also show a significant drop in support since 1994, when 80 percent of Americans approved of the death penalty (an all-time high).

Although respondents were only asked about capital punishment in the abstract—not in specific cases of, for example, mass murder—the poll still offers up some telling finds. This year, 40 percent of respondents said the death penalty is “not imposed often enough,” which is the lowest percentage since Gallup began asking the related question in May 2001. Furthermore, a quarter responded that the death penalty is “used too often,” the highest such number yet. The remaining 27 percent made up the Goldilocks quotient, deeming the death penalty to be imposed “about the right amount.”

Gallup began polling the popularity of the death penalty in murder cases in 1936; that year, the poll found that 59 percent of Americans supported executions, while 38 percent opposed them. Here’s a summary of the good statistical news for 2011, in easy-to-read graph/chart format: 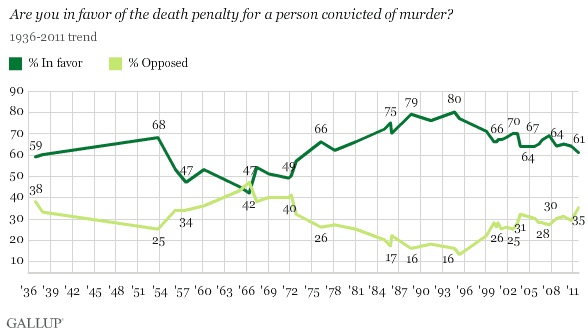 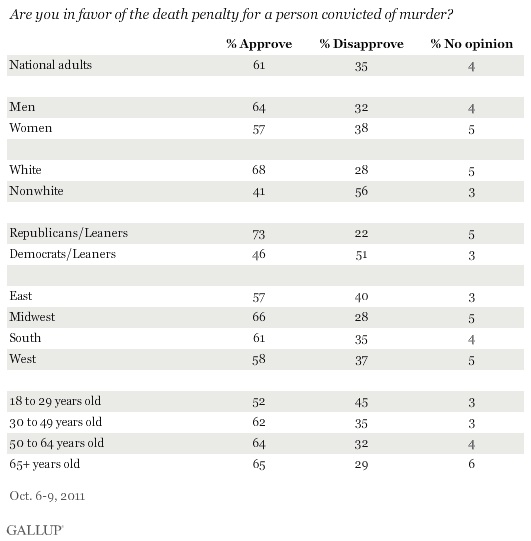