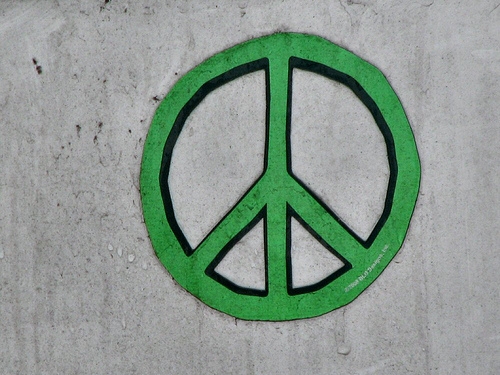 Photo by flickr user <a href="http://www.flickr.com/photos/faeryboots/3200309144/" target="new">faeryboots</a> used under a Creative Commons license.

Citizens of Reykjavik, lock your doors! Iceland is no longer safe! Well, not as safe as it was last year, according to the third-annual Global Peace Index, released Tuesday. The brainchild of Australian tech entrepreneur, Steve Killelea, the study takes after similar annual ventures, such as Freedom in the World, and purports to be the world’s only quantitative measure of global peace. Iceland topped the list in the first two years, but the global recession–a particularly dramatic event for the island nation, which led to the complete implosion of its government and banking system–has shuffled the deck. Still, the results are pretty much what you’d expect. The three safest countries on Earth are New Zealand, Denmark, and Norway–all relatively small, affluent, and democratic nations. Island countries also fair well. At the bottom end of the scale there are no surprises. Iraq remains the worst place in the world to go in search of peace, followed by Afghanistan and Somalia. But unless those places are on your vacation agenda, you should probably be alright. Full results of the report are available here.