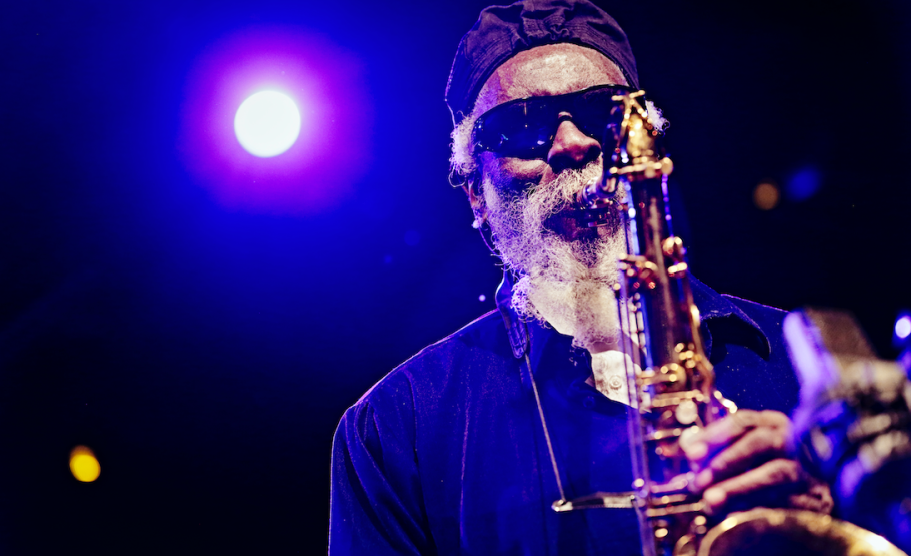 “I think he’s probably the best tenor player in the world,” Ornette Coleman told me in 2006 about Pharoah Sanders, who turns 80 today and who, for 55 years, has been a foundational force in the musical and spiritual search for freedom. “You’ve Got to Have Freedom” is a classic, but in all his playing it’s immediately clear how much reward he gets, and gives, in the act of discovery. Liberating tone from harmony, and texture from time signature, without abandoning either, is what he’s revered for, but no technical terms can approximate the range and depth of what he’s up to. “When you reach a spiritual level, you become the instrument yourself. I just want them to feel me,” Sanders told me before a solo performance in a cathedral when he was 65. “That’s what the music sounds like.”

His 80th birthday set, “Another Trip Around the Sun,” premieres today. Catch it, or start with “The Creator Has a Master Plan.” Sanders made his name in John Coltrane’s quintet, but what amazes me is how many listeners still mistakenly say Sanders adopted Coltrane’s sound—the inverse is true; Coltrane adopted Sanders’. By the late ’50s Coltrane was exploring pentatonic scales and minor modes before Sanders introduced overlapping rhythms, strong dissonance, and split reeds, helping Coltrane stretch out. “Pharoah’s performances were becoming seances,” Todd Barkan, owner of the now-defunct Keystone Korner in San Francisco, a steady spot for Sanders, told me.

Not everyone got Sanders. As poetic as Whitney Balliett’s writing was in the New Yorker, his ear was blocked: In 1966 he said Sanders’ playing “appeared to have little in common with music,” likening his solos to “elephant shrieks” and agreeing with someone who claimed, “It’s not music and it isn’t meant to be.”

A similarly unreachable writer, at the San Francisco Chronicle in 1972, called Sanders “primitive” and “nerve-wracking” before saying how much he liked the music. None of which deserves refuting except to say I feel for anyone so closed, so limited, so tone-deaf as to miss what’s happening, and why it’s happening. Sanders opens new realms and registers of freedom. Soloing never “means you have to play a lot of notes,” Sanders told me. “It means you have more freedom to put more feelings through your music.”

Ferrell Sanders—named Pharoah by Sun Ra—was born to musicians in Little Rock, Arkansas, and moved to Oakland after high school before splitting in 1962 for New York, where he slept on the streets and, without work, sold blood for cash. “I was just trying to survive,” he said. After joining Sun Ra, he gigged with Archie Shepp and Albert Ayler before heading back to the Bay Area and uniting with Coltrane.

At 80, Sanders still plays every day, even while recovering from a broken hip. He’s not much for birthdays. “I don’t really get into that celebrating,” he says.

Celebrate anyway. His concert is here. If you want more, email me at recharge@motherjones.com and I’ll share a podcast I recorded with Sanders, Alice Coltrane, Ornette Coleman, and McCoy Tyner, all in one, years ago, in honor of Alice.