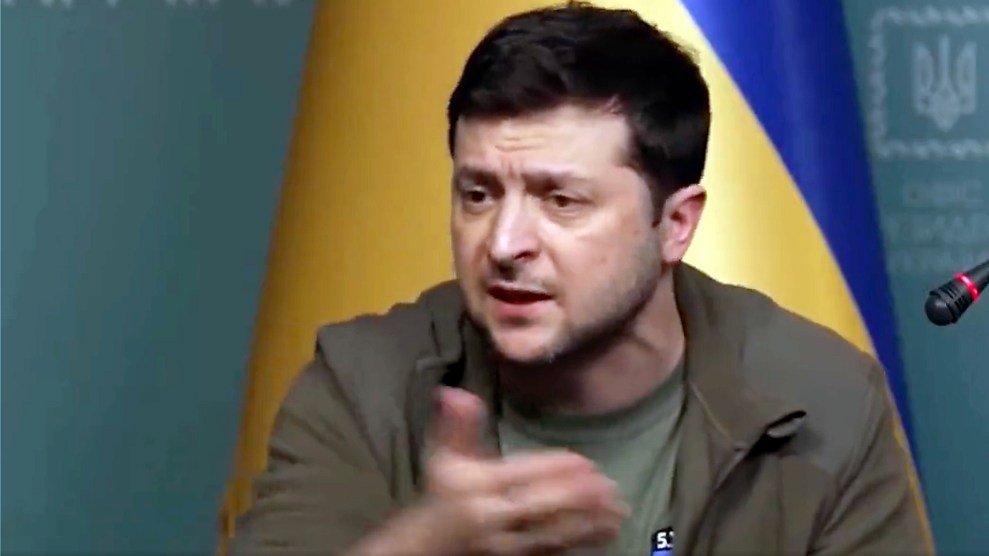 Ukraine’s Zaporizhzhia nuclear plant has been seized by Russian military forces, according to regional authorities, after a fire sparked by overnight shelling burned for several hours at the largest facility of its kind in Europe.

Petro Kotin, the acting president of the state-run nuclear power corporation, Energoatom, said workers had been allowed by Russian forces to go back to their posts at the nuclear plant, but had been working “under the barrels of machine guns” and they were “physically and mentally exhausted.”

The Ukrainian state inspectorate for nuclear regulation said in a statement on its Facebook page the plant had been “captured by the military forces of the Russian Federation.”

“Changes in the radiation state for the current time have not been recorded,” the statement said, adding that power units two and three had been disconnected from the network and nuclear installations were being cooled down.

But it warned that any “loss of the possibility to cool down nuclear fuel will lead to significant radioactive releases into the environment” that could “exceed all previous accidents at nuclear power plants, including the Chornobyl accident and the accident at the Fukushima Daiichi nuclear power plant.”

The International Atomic Energy Agency (IAEA), said it had been informed that “a projectile overnight had hit a training building in the vicinity of one of the plant’s reactor units, causing a localized fire that was later extinguished.”

“Russian people…How is this possible? After all, we fought together in 1986 against the Chernobyl catastrophe.”

Kotin said Russian forces had broken through a Ukrainian barricade on Thursday night with 100 armored vehicles, and had begun shelling the plant. He said they targeted administrative buildings and the checkpoint at the entrance until they won control of the site.

“As of 9am on 4 March, the station staff were allowed to work, but had been working at the site for almost a day already, so they were physically and mentally exhausted. It is necessary that another shift comes to work,” Kotin said on Energoatom’s Telegram channel.

“The management of the station have been under the barrels of machine guns.” He claimed there were “dead and injured,” and the IAEA reported that two people had been wounded.

The IAEA confirmed there had been no release of radiation but he added: “The operator has reported that the situation remains very challenging and therefore it has not yet been possible to access the whole site to assess that all safety systems are fully functional.”

The agency said that, of the plant’s six reactors, one had been shut down for maintenance, two had undergone a controlled shut down, two were being held ‘in reserve” in lower power mode, and one was operating at 60 percent power.

Rafael Mariano Grossi, the IAEA director general, said he had offered to travel to the Chernobyl site to facilitate talks between Ukraine and Russia aimed at agreeing a framework to guarantee the safety of nuclear plants during the conflict, including how to ensure the physical integrity of sites, maintaining power, safety monitoring systems and full staffing, he said. Both sides were considering the proposal.

“The situation continues to be extremely tense and challenging,” Grossi said. “The physical integrity of the plant has been compromised with what happened last night. We are fortunate that there was no release of radiation and the integrity of the reactors themselves were not compromised.”

The Ukrainian president, Volodymyr Zelenskyy, appealed directly to Russian citizens on Friday to stage protests over the seizure of nuclear power infrastructure by Russian troops in Ukraine.

“Russian people, I want to appeal to you: How is this possible? After all, we fought together in 1986 against the Chernobyl catastrophe,” he said in a televised address. Russia’s defense ministry blamed the attack on Ukrainian saboteurs, calling it a monstrous provocation.

Zelenskyy said earlier on Friday while the fire was still blazing that Europe “must wake up now. The largest nuclear station in Europe is on fire. Right now, Russian tanks are shelling nuclear units. Those are the tank that have thermal vision, so they know where they are shelling.”

“If there will be an explosion, it will be the end to all of us: the end of Europe, the evacuation of Europe,” Zelenskyy added. “Only immediate action of Europe can stop Russian troops and prevent the death of Europe from the disaster at a nuclear station.”

He accused Russia of resorting to “nuclear terror.” “No country other than Russia has ever fired on nuclear power units,” he said. “This is the first time in our history, in the history of mankind, the terrorist state now resorted to nuclear terror.”

Joe Biden called the Ukrainian president at about 3:40am Kyiv time. According to the White House, Zelenskyy updated the US president on the incident and the two leaders urged Russia “to cease its military activities in the area and allow firefighters and emergency responders to access the site.”

The British prime minister, Boris Johnson, also spoke to Zelenskyy after news of the fire broke. A Downing Street spokesperson called the situation “gravely concerning,” adding: “The prime minister said the reckless actions of President Putin could now directly threaten the safety of all of Europe. He said the UK would do everything it could to ensure the situation did not deteriorate further.

“The prime minister said he would be seeking an emergency UN Security Council meeting in the coming hours, and that the UK would raise this issue immediately with Russia and close partners. Both leaders agreed a ceasefire was crucial.”

Functioning cooling pumps are “necessary to keep the nuclear reaction moderated. Otherwise the water will boil out and the core will go critical and explode.”

The confinement chambers of a nuclear reactor are built to withstand heavy impact and even bombing, while the VVER pressurized water reactor itself is designed to shut down in an emergency. VVER reactors are considered much safer than the type of reactor that blew up in Chernobyl in 1986, for example.

The Zaporizhzhia plant in south-eastern Ukraine—which houses six of the country’s 15 nuclear reactors—as well as the neighboring town of Energodar, have been surrounded by Russian troops since the beginning of the week. Crowds of local people had stood in the road leading up to the plant, forming a human barrier to the invading force.

Mariana Budjeryn, a Ukrainian expert at the project on managing the atom at Harvard University’s Belfer Center, said the most vulnerable part of a nuclear plant was the power and water supply: “If the electricity is taken out, the back-up generators kick in, but if those don’t kick in or their diesel fuel is set on fire, for example, the pumps can’t pump cold water into the reactor and into the spent fuel pools. That’s necessary to keep the nuclear reaction moderated. Otherwise the water will boil out and the core will go critical and explode.”

She said confinement chambers were designed to withstand some level of impact and could stop the release of radiation even if the core exploded. She warned, however, that the pools holding spent fuel rods could be more of a worry. “The fuel there is not as active, but they are usually overstuffed,” Budjeryn said. Less active but more tightly packed material was also dangerous if the cooling system were to fail, she said.