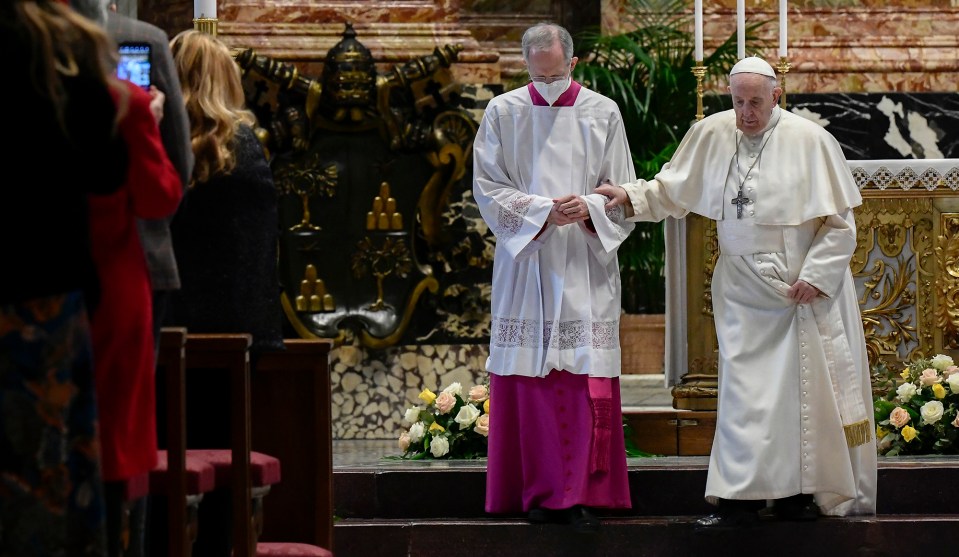 The pandemic continues, which means where there once would have been an Easter gathering of thousands in Vatican City to hear Pope Francis speak, a smaller, broadcast version of the Easter Mass Vigil—200 masked people—was held at a secondary alter in St. Peter’s Basilica instead.

This year, Pope Francis offered a message of hope and resilience while also condemning armed conflicts across the globe and calling for greater vaccination efforts for poor communities. “The pandemic is still spreading, while the social and economic crisis remains severe, especially for the poor. Nonetheless—and this is scandalous—armed conflicts have not ended and military arsenals are being strengthened,” the pope said. “May the efforts to resolve conflicts peacefully continue, in respect for human rights and the sacredness of life, through fraternal and constructive dialogue in a spirit of reconciliation and true solidarity.”

The pope praised young people in Myanmar who are protesting in the wake of a military coup—demonstrators who are “committed to supporting democracy and making their voices heard peacefully, in the knowledge that hatred can be dispelled only by love.”

“There are still too many wars and too much violence in the world. May the Lord, who is our peace, help us to overcome the mindset of war,” he added.

The pope also emphasized the importance of vaccination against Covid-19, which has particular significance due to a debate among some Catholic clergy about the morality of the Johnson & Johnson vaccine, which was developed using fetal cell lines from abortions performed in the 1970s and 1980s. (The vaccines themselves do not contain fetal cells, and research for Alzheimer’s, Parkinson’s, and diabetes has also been made possible by using the same cell lines.) Recently, Catholic leadership has been clear in its messaging that vaccination for the health and greater good of the world takes precedence. The Vatican issued a statement in December saying as much—that when “ethically irreproachable” vaccines aren’t available, “it is morally acceptable to receive Covid-19 vaccines that have used cell lines from aborted fetuses in their research and production process.”

“I urge the entire international community, in a spirit of global responsibility, to commit to overcoming delays in the distribution of vaccines and to facilitate their distribution, especially in the poorest countries,” Pope Francis said, calling the vaccines “an essential tool” in quelling the pandemic.

Above all, the pope said, Catholics must keep the faith: “In these dark months of the pandemic, let us listen to the Risen Lord as he invites us to begin anew and never lose hope.”