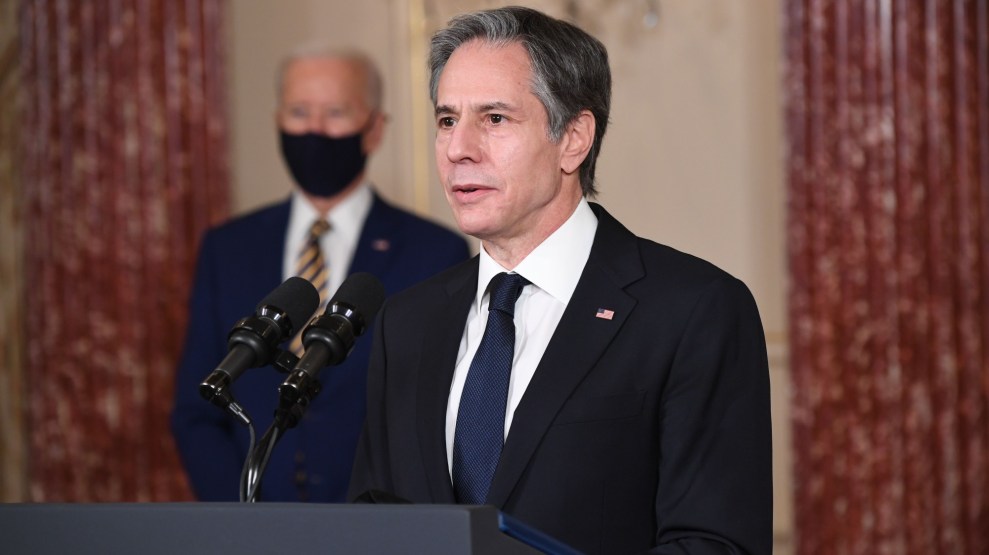 Days before Antony Blinken was confirmed as Joe Biden’s secretary of State, his spokesperson told me that diversity, “at all levels, including senior leadership” would be a priority for the new State Department chief.

For Blinken, diversity and inclusion had to be paramount at a time when department employees are still reeling from a messy transition, years of low morale, and an exodus of high-profile Latino and Black leaders under Donald Trump and Mike Pompeo. The State Department had long struggled to diversify its mostly-white, mostly-male ranks, but Trump exacerbated the problem by appointing only five Black ambassadors (the fewest since John F. Kennedy) and one Black assistant secretary of State (who resigned over Trump’s handling of the protests following the killing of George Floyd and Breonna Taylor by police).

Biden’s victory promised a return to normalcy for some State officials, but also a chance to push for the systemic change that has eluded presidents for decades. The Truman Center for National Policy, a foreign policy think tank, on Wednesday published a report on how to make State a “more just, equitable, and innovative institution,” and aims to do so by focusing on the perspective of mid-level employees, people who—as Truman Center President and CEO Jenna Ben-Yehuda put it to me—had “eaten in the State Department cafeteria within the past five years.”

Their recommendations, culled from the input of roughly 50 drafters and 70 reviewers, range from having the State Department formally apologize for its history of racism to setting up a more robust system to field harassment and discrimination complaints. (Other recommendations, which extend beyond a focus on just diversity, include improving the department’s communication with local officials and expanding opportunities for employees to dissent without professional repercussions.) The report also frequently puts the impetus on Congress to mandate that the department institute these reforms. “It’s just not fair to demand that State do things and not have any support from Congress,” Ben-Yehuda said

Efforts to reform the State Department have been as frequent as they are unsuccessful, a symptom of the lack of diversity that is endemic to the Foreign Service, the training program for US diplomats. As I reported in a January story about the department’s diversity problem:

“Transforming the culture of the Department will take long-term bipartisan commitment,” as report co-chairs Sen. Chris Murphy (D-Conn.), Rep. Joaquin Castro (D-Texas), and former Ambassador Gina Abercrombie-Winstanley wrote in an introduction. “Past reform efforts have often been hamstrung by short-term thinking and the fact they did not, or were not able to, solicit authentic and candid contributions from State Department staff, particularly mid-career officers on the frontlines of diplomacy.”

Many of those perspectives were featured in the piece through first-person essays by former State Department employees. In one reflection, former diplomat Chris Richardson described the legacy of discrimination at the department and the equally-long effort from “those who have fought—to varying degrees—to force the State Department to reflect America.”

Building from employee input across the department, the Truman report outlined several ideas for recruiting and retaining a more diverse staff:

Already the Biden administration has adopted at least one of the task force’s recommendations: creating a Chief Diversity and Inclusion Officer who reports directly to Blinken. The position, which congressional Democrats and State employee affinity groups have long pushed for, resolves an existing problem where diversity and inclusion were not one person’s sole job. “You have essentially this scattered system of responsibility for issues of diversity, which all summed up, leads to nobody being responsible,” a current State employee told me in January before the new position was created.

Ben-Yehuda told me Blinken’s decision was a “clear indication” of his support for diversifying the department, though the first wave of senior-level appointments didn’t offer much change. Of the seven senior officials nominated thus far under Blinken, only one is nonwhite. (The ambassador to the United Nations, Linda Thomas-Greenfield, is a Black Foreign Service Officer with decades of experience in the department.) Whether Blinken meets the promise set at the beginning of his term won’t be settled by a few initial appointments, though. The first set of figures showing retention and promotion will be key. Ben-Yehuda, herself a former longtime State Department employee, said the central task for anyone looking to reform the department is to “rebuild trust.