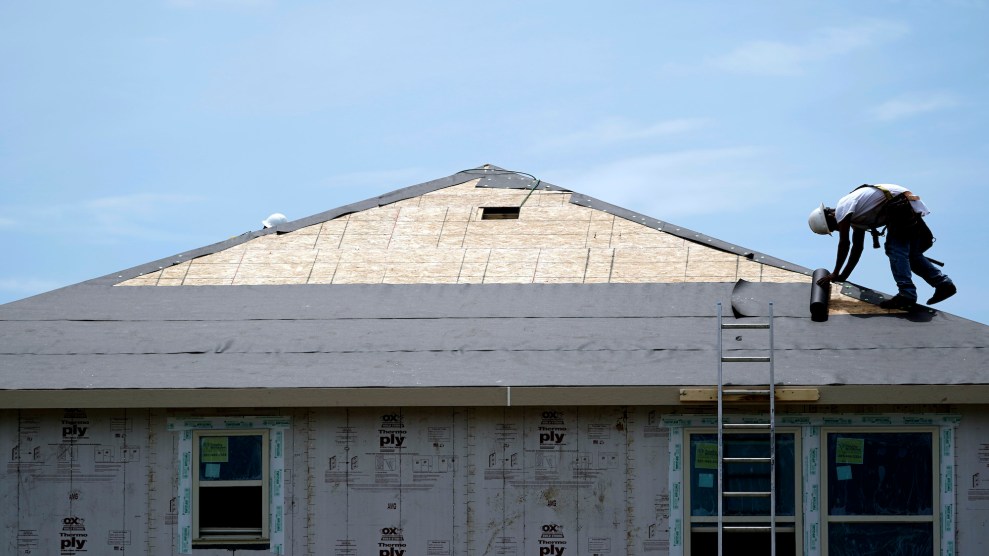 The private consortium that oversees the model building codes for much of the United States and parts of the Caribbean and Latin America on Thursday stripped local governments of their right to vote on future energy-efficiency codes.

The decision came more than a year after the construction and gas industry groups that wield heavy influence at the International Code Council objected to aggressive new energy codes for which government officials voted.

The change, though technical and wonky, marks what environmental advocates say is one of the most consequential roadblocks to decarbonizing the U.S. economy. It also illustrates the limits of both the new Biden administration’s powers and the causes for which activists can mobilize public support. Local governments, members of Congress, environmentalists and architects overwhelmingly opposed the proposal.

Under the new system, the building codes that govern energy systems and insulation—once subject to a vote by the city and state governments tasked with implementing them—will instead fall under a separate “standards” process that, despite soliciting input from local officials, will give industry more control over the outcome.

The ICC said it would create a new body to help oversee the process and give government officials “the strongest voice on the committee,” promising “one-third of the seats” on that entity to “government regulators.” It’s unclear which groups would occupy the other two thirds.

“We have heard clearly feedback from the building safety community asking us to strengthen the [energy code] and create new resources to help communities address their climate goals,” Dominic Sims, the ICC’s chief executive, said in a press release. “We will rise to that challenge.”

“This heavily opposed decision…will no doubt erode progress…desperately needed to heal our planet.”

An ICC spokesperson directed HuffPost to an outside public relations firm, which did not immediately answer questions about who would serve on the powerful new committee and what qualified a government official as a “regulator.” The committee is a significant departure from the old process, which allowed government officials from across the country—including representatives from cities’ sustainability and energy departments—to register to vote on the codes.

“We are deeply disappointed to see the ICC move forward with this change, which we believe will present a step backwards for climate action,” Robert Ivy, the chief executive of the American Institute of Architects, said in a statement. “This heavily opposed decision stands to only serve select special interest groups and will no doubt erode progress towards the modern codes that are desperately needed to heal our planet.”

In late 2019, hundreds of new government officials registered to vote with the ICC, drawing scrutiny from industry groups—particularly the National Association of Home Builders and the American Gas Association. The last two rounds of codes, which are voted on every three years, had made only paltry 1 percent energy efficiency increases, so cities across the country enlisted more officials from sustainability, energy and building departments to cast ballots.

Most officials had been unaware that they qualified to vote in the highly technical process but were seeking new ways to slash emissions from buildings, the top source of climate pollution in most cities. Buildings use roughly 40% of all energy produced in the U.S. for heating, power and cooking appliances, and generate a proportional share of the country’s planet-heating gases.

The government officials were clear about what they wanted. By a margin of 3-1, the voters whose ballots were tallied in December 2019 approved a slate of new measures to increase energy efficiency of the latest codes by up to 14% and require builders to include the circuitry needed to hook up electric vehicle chargers and fossil-fuel-free appliances.

The European Union already requires all buildings constructed in 2021 to be “nearly net-zero.” While industry groups warned that the stricter energy codes U.S. cities voted for risk raising the costs of building new homes, governments and advocates say adding energy efficiency retrofits to existing structures is even most expensive and politically challenging. For example, New York state proposed carve-outs earlier this year for landlords to circumvent New York City’s landmark law requiring big buildings to slash energy use in what advocates dubbed “a giant giveaway to real estate.”

Weeks after the 2019 vote, industry groups started to push back, arguing that the new mandates were too costly. The National Association of Home Builders, which had previously called low participation rates among government officials “a real problem,” said the record turnout now amounted to “voter manipulation.” The Leading Builders of America, another construction trade group, accused “special interests” of campaigning to “manipulate” the process. The American Gas Association appealed to the ICC to overturn many of the approved code requirements.

The ICC had long boasted that its governmental voting process left “the final determination of code provisions in the hands of public officials who, with no vested financial interest, can legitimately represent the public interest.” But it ultimately overturned some of the measures, including the requirement to ready new homes for electric vehicle chargers.

The ICC’s appeals board failed to find evidence to support challenges to the voters’ eligibility. Instead, the board, which included a longtime member of the National Association of Home Builders, proposed its own solution: Switching the energy code to a standard and limiting how much input government officials could have.

“We thought maybe this topic needs to be a standard and needs to be developed through the standards methods, which would be more deliberative,” Anne Anderson, a member of the appeals board, told HuffPost last week.

The proposal proved divisive within the ICC but narrowly passed in various committee votes. In January, when the ICC held a public hearing on the proposed change, opponents outnumbered supporters as city officials and architects pressed the nonprofit for answers on why this required an urgent change and pleaded for the executive board to abandon the plan.

“What’s the point of disenfranchising the voices of thousands of governmental members when this process has been so successful?” Christopher Chwedyk, a representative for the American Institute of Architects, asked during the hearing. “This is 100 percent unacceptable.”

Federal officials had limited power over the process since ICC codes are largely enshrined into state laws. But the proposed change attracted scrutiny from the nation’s capital.

Rep. Frank Pallone (D-N.J.), the chairman of the powerful House Committee on Energy and Commerce, pressed the ICC to explain why the National Association of Home Builders wields unique power over the group’s byzantine code-making bureaucracy. In a tweet Wednesday morning, he said he had “deep concerns over” the ICC’s “plan to silence state and local voices in the building energy code process.”

Sen. Jeanne Shaheen (D-N.H.) and Rep. Peter Welch (D-Vt.) said in a letter sent to the ICC that same day that the existing system has “resulted in substantial energy savings over time” and warned that the proposed change “will likely derail and slow this progress.”

“We are deeply concerned by the steps being taken at the ICC and hope you will reconsider these changes,” they wrote.

The Biden administration echoed the concerns last week. In a letter to ICC leadership, Kelly Speakes-Backman, the Energy Department’s acting assistant secretary for energy efficiency and renewable energy, asked the code-making group to “not proceed with these proposed changes until these questions and concerns can be adequately addressed.”

The ICC responded a day later, saying its proposed changes were “time sensitive.” A delay would be detrimental to “the adoption of the suite of I-Codes” for 2024, Sims wrote, referring to the various building codes the ICC creates. “Therefore, if the development process is to change, the process will need to be in place to realize a timely release.”

Unlike the hearing in January, Wednesday’s executive board meeting, where the ICC deliberated its final decision on the energy codes, took place behind closed doors.