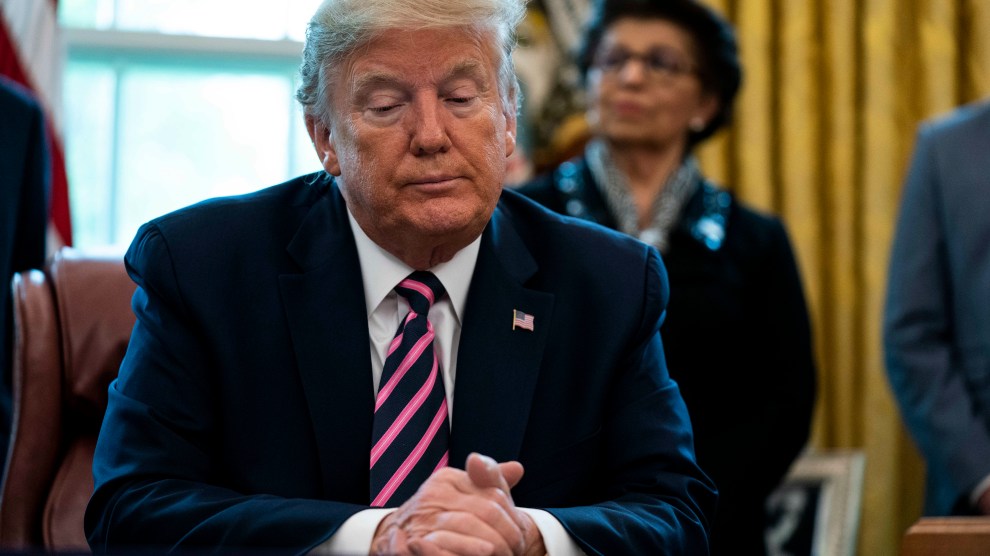 In a scathing new report, a team of medical experts at the Lancet determined that tens of thousands of people in the United States died unnecessarily as a result of former President Trump’s policies—even before the pandemic.

The report considers Trump’s environmental protection rollbacks, attacks on the Affordable Care Act, and cuts to public health funding. The results are grim. By comparing premature death rates in the United States to those of other G7 nations, the paper’s authors determined that the United States experienced 461,000 unnecessary deaths in 2018. The paper concludes that Trump’s politicization of the pandemic and failure to implement commonsense strategies to slow the spread of the virus, along with insufficient public health policies in the decades leading up to the pandemic, accounted for 40 percent of preventable COVID deaths. The paper also attributes 22,000 excess deaths in 2019 alone to Trump’s regressive environmental policies.

To make matters worse, Trump’s presidency, as I’ve written previously, reversed the Obama-era trend of increased insured rates, with 2.3 million more Americans lacking insurance in 2019 than when Trump took office. Trump’s attempts to roll back Medicaid coverage, and the confusion that resulted, were the biggest contributors to the increased uninsured rates.

Democrats’ control of the government could pave the way for more people to get insured: President Biden recently signed an executive order reopening the health insurance marketplace, and House Democrats are pushing to fully subsidize ACA coverage for people making up to 150 percent of the federal poverty level. Still, the report’s authors argue that Biden needs to go farther and enact a universal single-payer health care system.

The report—written by a team of more than 30 physicians and public health experts associated with institutions including Harvard Medical School and the School of Urban Public Health at the City University of New York—situates Trump’s presidency within a “neoliberal policy drift” starting in the Nixon era that undid New Deal social welfare reforms, widening the gap between the rich and poor, exacerbating racial disparities, and decreasing life expectancy. “Trump exploited low and middle-income white people’s anger over their deteriorating life prospects to mobilise [sic] racial animus and xenophobia and enlist their support for policies that benefit high-income people and corporations and threaten health,” the authors write. “His signature legislative achievement, a trillion-dollar tax cut for corporations and high-income individuals, opened a budget hole that he used to justify cutting food subsidies and health care.”

The solution? Per the study’s authors: Tax the rich, embrace anti-racist politics, end the privatization of health care services, and institute voting rights and immigration reform, because everything affects public health.

Correction: This article has been updated to reflect that the 461,000 excess deaths in 2018 were not a result of Trump’s actions alone, but of his presidency combined with policies that decreased Americans’ life expectancy for decades before he took office.