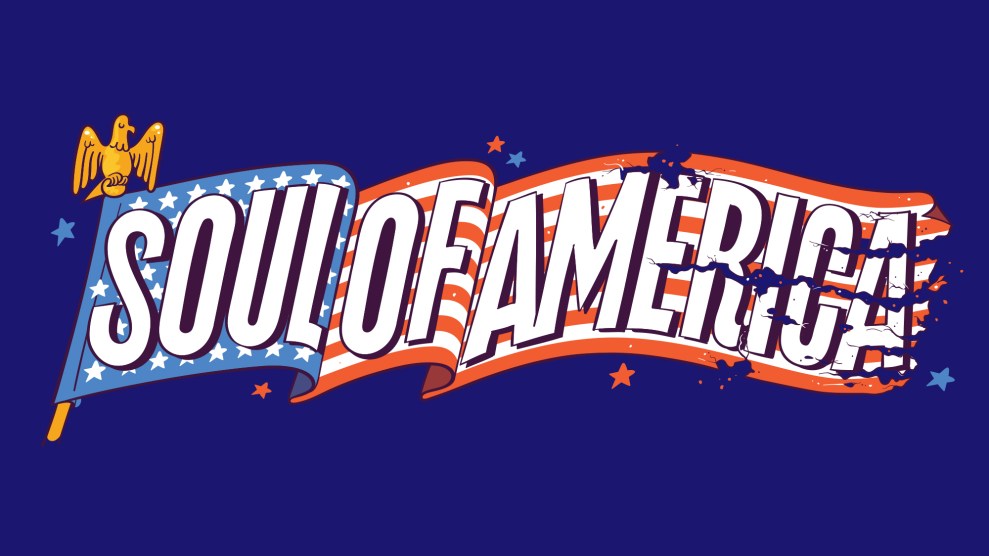 Like most matters of the spirit, America’s soul is a question of faith rather than evidence. But a TV spot from his campaign, titled “Soul of America,” offers some detail. “American history is not a fairy tale,” Biden begins in a campaign ad that manages, by its end, to treat American history as a fable. He reminds us that Thomas Jefferson, author of the Declaration of Independence, was a slaveholder. “We’ve never lived up to our American ideals,” Biden says. Yet as a montage of civil rights triumphs flickers across the screen—Jesse Owens crossing a finish line, Rosa Parks addressing a crowd—Biden insists that Jefferson’s words have “pulled us towards justice” ever since. Trump’s reelection, though, would “fundamentally alter the character of this nation.”

The spot’s unusual bluntness about US history almost hid its basic incoherence: If “the character of this nation” is so enduring, how could it survive Stonewall Jackson, George Wallace, and, yes, Thomas Jefferson but perish at the hands of a huckster like Donald Trump? And if the threat is so acute, why should we trust the most moderate candidate in the race to rescue it? Doesn’t salvation require something more? The author and Biden speechwriter Jon Meacham, author of a 2018 book entitled The Soul of America, told the New York Times that the fight for the country’s soul is ultimately about providing a sense of stability. Voters “just want somebody to run the damn thing with a modicum of efficiency and sanity.” We are not exactly in Sermon on the Mount territory here.

The problem with his presidential metaphysics is that it demands so little of us.

The ambivalent invocation of the American soul is nothing new. In 1932, a University of Pennsylvania English professor named Arthur Hobson Quinn wrote a paean to the national character, titled The Soul of America. Quinn’s was an uplifting book, written to counter the pessimism taking hold in the Great Depression. A reviewer in the New York Times praised Quinn’s “calm, serene-eyed surety…a very pleasant quality after the gleeful hullaballoo some of the younger-generation writers have raised over what they are sure have been our failures and disgraces and general incompetence.” It’s hard not to think here of our own era’s “younger-generation” voters and their dissatisfaction with the calm-eyed surety of leading Democrats.

A more radical approach treats the Christian metaphor of the soul as something that must be redeemed from disgrace rather than restored to glory. The Southern Christian Leadership Conference, the civil rights organization, was chartered in 1957 under the slogan “redeeming the soul of America.” In 1971, an anti-war Episcopal bishop, Paul Moore, said the “soul of America” was corrupted by the “moral depravity” of Vietnam. This treatment of the American soul is less abstract, more searing. This soul rots from the outside in, and our sins—Jim Crow, a cruel foreign war, poverty—corrupt us.

To most politicians, though, the soul of America is good and enduring. Faith in it is righteous. Ronald Reagan spoke triumphantly of “a revolution of spirit that taps the soul of America” in a 1985 State of the Union address; Bill Clinton invoked it soberly after the 1999 Columbine shootings, which he said had “pierced the soul of America.” Like the Puritan settlers who invariably interpreted bountiful harvests as evidence of God’s favor and famines as one of His loving tests, American politicians tend to look into the soul of the country and find themselves affirmed by whatever they see.

Biden’s use of the phrase is unique in that it straddles the line ambiguously between restoration and redemption. But the problem with his presidential metaphysics is that it demands so little of us. To restore the soul of the nation, vote for the former vice president. North Carolina’s Reverend William J. Barber II, a leader of the Poor People’s Campaign, recently told Adam Harris in the Atlantic that a country’s “soul” cannot just remain a matter of spiritual malaise. “If it does not produce a quarrel with the world, then the claim to be spiritual is suspect,” he said.

Throughout the campaign it was never clear what new quarrels Biden’s call for restoration was starting. His inaugural address, in which he used the word “soul” five times, offered the beginnings of an answer: “I ask every American to join me in this cause. Uniting to fight the common foes we face: anger, resentment, hatred. Extremism, lawlessness, violence. Disease, joblessness, hopelessness.” We have defeated these enemies before, in Biden’s telling. “Our better angels have always prevailed,” he said, drawing once again on our more virtuous past, on a heroic national character that can repair the disappointments of the present. Rather than the repudiation it seems to be, the call to restore the soul of America is more of a mirror image of another slogan from our recent history: Make America great again.

John Patrick Leary is the author of Keywords: The New Language of Capitalism.