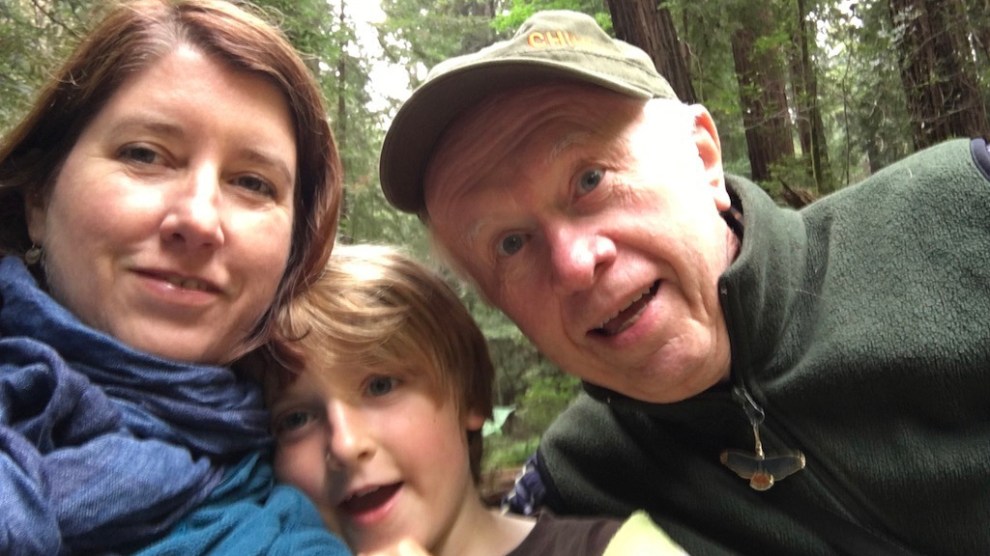 We had just told my dad he was about to die. He didn’t have years. Or months. “A few weeks,” his oncologist offered as the most optimistic course. Further intervention would not help. It was time to go home, and then to hospice. “Weeks?!” “I’m afraid so.”

My dad processed. And then he said, “I have a prediction: Trump will lose.”

What happened next was both excruciatingly slow and way too fast. It was not the last real conversation we had, but close to it, as mitigating pain and news of the virus crashing the world became overwhelming, as we said our goodbyes and he gradually lost the ability to speak.

In the almost eight months since, I’ve thought about that a lot. He wanted to live to see Trump lose, and he didn’t. He couldn’t have imagined the overwhelming magnitude of chaos and death that Trump has since unleashed on the country. He couldn’t have known that hundreds of thousands of American families have had to say goodbye—if they were lucky to be able to say goodbye—to a loved one because the president was too consumed with personal grievances and a desire to cling to power to do his damn job. But by then the oppressive awfulness of Trump, the cruelty, the racism, the corruption, the contempt for every supposed American value, was enough to have my father—a journalist, yes, but not a political animal; a Democrat who still heard the call of split-ticket voting, at least when it came to Larry Hogan—make this utterance within a few minutes of coming to grips with the fact that he had only a short, and painful, time to live.

When he flew in a day later, I didn’t tell my brother—a Trump supporter—about this conversation. I don’t think I’ve told anyone. Then and since, my brother and I have mostly abided by a largely unspoken agreement not to talk politics, though sometimes he texts me things out of the fever swamp, and I beg him to find better sources of info, and he dismisses me. And I’m glad, in a way, that my father hasn’t been around for all that, and that we held it together for the last week of his life, and since. And while I’m not a particularly superstitious person, recounting this conversation to anyone seemed to be tempting fate. Of course I know I can’t jinx the country, and yet…