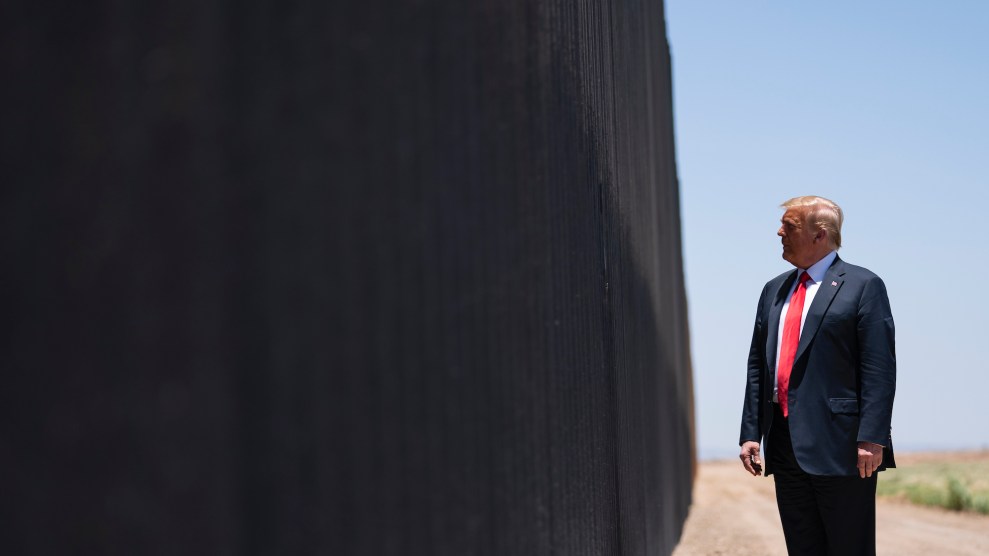 For the first time in more than 50 years of polling, Gallup has found that more Americans want to increase immigration than reduce it.

The obvious person to thank is President Donald Trump. His administration’s goal has been to slash immigration, both legal and unauthorized, but his persistently racist remarks and xenophobic actions have driven support for immigration among Democrats and independents to record highs.

In a survey released Wednesday, Gallup found that a record-high 34 percent of Americans want more immigration to the United States, compared to 27 percent last June. The share who want to cut immigration fell from 35 percent to 28 percent during that period, the lowest level since Gallup began asking the question in 1965. A little more that a third of people believe immigration should stay at the current level, a proportion that’s remained relatively stable during Trump’s presidency.

The news that support for immigration has—once again—reached a new high under Trump comes as his administration is banning many immigrants and temporary workers from coming to the United States. In theory, the goal is to protect American workers who have lost their jobs during the pandemic from competition. In reality, Trump was already trying to drastically cut immigration while he was boasting about record lows in unemployment.

During his 2016 campaign for president, Trump repurposed a song written by a Black civil rights activist so that he could compare immigrants to deceitful snakes who bite their naive hosts. In the White House, Trump turned that rhetoric into policy. He cut refugee admissions to record lows, separated families at the border, terrorized undocumented immigrants with Immigration and Customs Enforcement arrests, and made it harder to come to the United States legally. With four months left until the November election, the pandemic has allowed him to largely succeed in bringing immigration to a halt. But it’s come at an obvious cost to the viability of the modern nativism movement he used to his political advantage four years ago.

As I reported last year, Democrats and Republicans used to feel the same way about immigrants: Nearly two-thirds agreed they were a burden, according to the Pew Research Center. That consensus disappeared well before Trump declared his candidacy by calling Mexican immigrants “rapists.” Now the president has pushed the partisan divide over immigration to new levels, making it exceedingly unlikely that Congress will cut immigration anytime soon.

At the start of the Trump era, 35 percent of Democrats and 21 percent of independents believed immigration should be increased. Now those totals have reached 50 percent and 34 percent, respectively. In exchange for those massive increases in support, Trump has—maybe—succeeded in making Republicans slightly less likely to support more immigration. It’s hard to know: The 2 percent shift away from backing more immigration among Republicans is within Gallup’s margin of error. It’s not exactly the art of the deal.