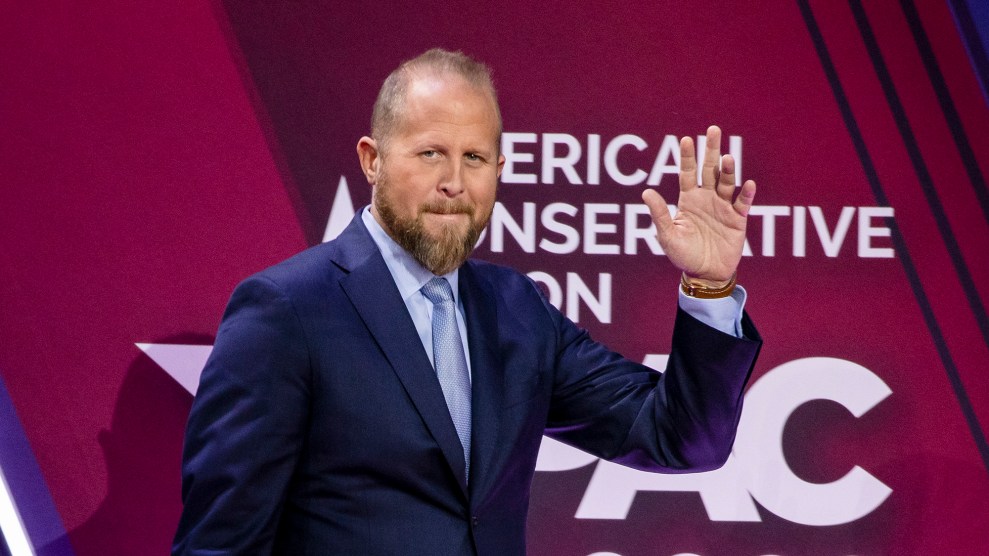 The Trump campaign is running Facebook ads from a page for campaign manager Brad Parscale, spending thousands of dollars to promote Parscale’s name and potentially his private business.

The campaign has multiple Facebook pages that it uses to run ads. Most ads come from the campaign’s official page for President Trump so that ads show the candidate’s name as their source. Users who click on the sponsoring page at the top of the ads are directed to the Facebook page the campaign set up for the president. The campaign has set up other official pages that it runs ads from, including for Vice President Mike Pence, Team Trump, Women for Trump, Latinos for Trump, and Black Voices for Trump.

And then there’s the one for Parscale. This page is different from the others in one respect. While the page specifies that it is the property of the Trump campaign, the only link on its “about” section directs people not to the campaign’s website but instead to Parscale’s private consulting firm, Parscale Strategy.

Parscale has profited immensely from his association with Trump and the campaign, not only through a salary but also by doing campaign work through his private firms. In March, Mother Jones reported that Parscale Strategy had billed the campaign, the Republican National Committee, and the pro-Trump America First Action PAC about $35 million since 2017. It’s unclear how much of that money was used to place ads and how much was retained in fees by Parscale’s firm. Another firm owned by Parscale had billed $1.7 million to the super-PAC supporting Trump. In 2018, Parscale reportedly spent millions on new homes and cars in Fort Lauderdale, Florida. According to the New York Times, media stories about Parscale’s growing wealth prompted Trump to send word that Parscale should not make more than $800,000 off the campaign.

In the last 30 days, the campaign has spent $47,357 to run 649 ads from Parscale’s page, according to data in Facebook’s ad library. That’s a drop in the bucket compared to the campaign’s massive Facebook spending overall. In the same timeframe, the campaign spent nearly $5.5 million on Facebook ads from both the campaign’s coffers and a fund administered jointly by the campaign and the Republican National Committee. But the spending for Parscale’s page has recently exceeded spending on ads from the Latinos for Trump and Black Voices for Trump pages. The only apparent difference in the ads is which campaign page they link back to if a viewer were to click on the sponsoring account.

It’s unclear why the campaign chose to make Parscale’s Facebook page a Trump campaign property and run ads from it. Facebook indicates that the page was created by Parscale in March 2018, around the time he became Trump’s 2020 campaign manager. As recently as last September, the page was listed as a “public figure” page—used by people, often celebrities, who want to build a public brand beyond their personal Facebook profile, according to Facebook, which often verifies these pages’ authenticity—but not owned by the Trump campaign, according to the Internet Archive.

The Trump campaign did not immediately respond to a request for comment. It’s possible that the campaign decided that Parscale, who has gained a certain sort of fame as the architect of Trump’s digital campaign in 2016 and as the public face of his reelection effort, was enough of a celebrity that supporters would engage with the campaign ad when they saw that it came from him. Regardless of the motive, Parscale stands to benefit, once again.