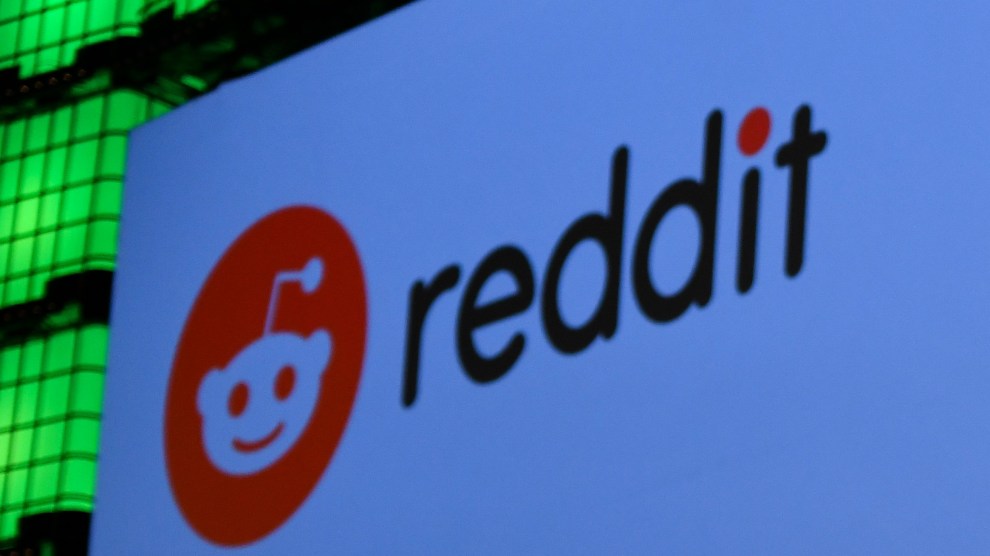 Over the last several years, it’s become increasingly apparent that social media isn’t a universal good. In that time technology companies have, through algorithms that prioritize polarization and absolutely no foresight, repeatedly helped give a home to and build up internet communities whose behavior demands moderation or banning. But when faced with such situations, the companies seem to deploy a common playbook.

First, don’t notice the most toxic communities. Let journalists do that for you; it’s free content moderation. Second, ignore what the journalists find, unless it becomes a public relations crisis. Third, if public outcry forces it, remove the offending content, but change nothing about company practices that enabled the community, all but ensuring the creation of new toxic communities.

Facebook, Twitter, and Google (on its YouTube platform) have all attempted versions of this. But Reddit was a historic pioneer of the tactics, setting a framework of moderation that other companies would eventually follow. The company famously dragged its feet on deleting r/jailbait, a community devoted to posting pictures of underage girls until Anderson Cooper focused on it in a CNN segment. Reddit’s message boards unsurprisingly became a hub for Gamergate, a massively sprawling and deeply vicious harassment campaign that targeted women in the gaming industry, as site administrators let it happen and looked the other way.

Like most tech companies, Reddit has become more proactive on troubling content, but its ramped up efforts still left gaping holes that allow abusive content to thrive. Until Monday, the most notorious hole was its The_Donald subreddit, which, in a wave of over 2,000 bans, the message board that plays host to the most pernicious supporters of President Trump was finally removed from the platform.

The move would have been more significant if members of The_Donald hadn’t already picked up and left several months ago. In the summer of 2019, while Oregon was in the midst of a Republican-led legislative walkout, Reddit quarantined the subreddit after Media Matters’ Alex Kaplan reported that members had posted violent threats targeting state police and officials. The action, which restricts access to a message board, is applied by the company when they find posts in violation of their rules but they judge not yet worthy of a ban.

The_Donald accepted that quarantine was a nearly sure sign of an impending trouble, and began plotting where to go next in the event of a ban. They eventually organized to create their own site where they would not be subject to Twitter’s rules. They’ve been operating there unharassed since early 2020.

Despite this chain of events, Reddit still bragged about banning The_Donald as the flagship action in the tranche of bans announced this week, with CEO Steve Huffman touting it in a press call with reporters and later in a Reddit post.

Reddit banning The_Donald three months after its members already left and then widely publicizing the move is akin to sinking the gaming-winning shot 45 minutes after the final buzzer and storming the court to scream about how you absolutely demolished the other team. Even if Reddit banned The_Donald months ago, before everyone left, the shot would have still been embarrassingly late.

By then, The_Donald had already consistently and repeatedly violated Reddit’s rules, a fact that Huffman acknowledged in his Monday post. By the time it was banned, the community had spent years seeding hateful Islamophobia and racism, inducing harassment, and acting as an on-ramp to white nationalism.

In a 2019 paper, Rishab Nithyanand, a computer science professor at the University of Iowa, detailed how by not taking early enough action against subreddits violating their rules, Reddit was creating bastions of toxic vitriol that would survive and persist after they were banned—either on other subreddits or off the platform. Reddit also helped The_Donald by quarantining it, essentially letting the community know a ban was coming.

“Our research, it shows that quarantines aren’t working,” Nithyanand said in an August interview. “Reddit is just sending a signal action is coming and that a subreddit should be planning its next move.”

Nithyanand proved prescient, as The_Donald’s users did just that by arranging a new home and departing before Reddit’s ban. The new community’s seems less active than the original subreddit, which is typical of migration in reaction to enforcement—and which does suggest that in such situations doing something, regardless of how late it is, is better than doing nothing.

The scale of Reddit’s latest bans could help keep users from banned subreddits from simply migrating to other boards on its platform. But with The_Donald up and running elsewhere, the harm done by Reddit’s delay goes beyond what’s already happened. It also includes future harm that will come out of a mess it helped create—and that it now has no power to stop.