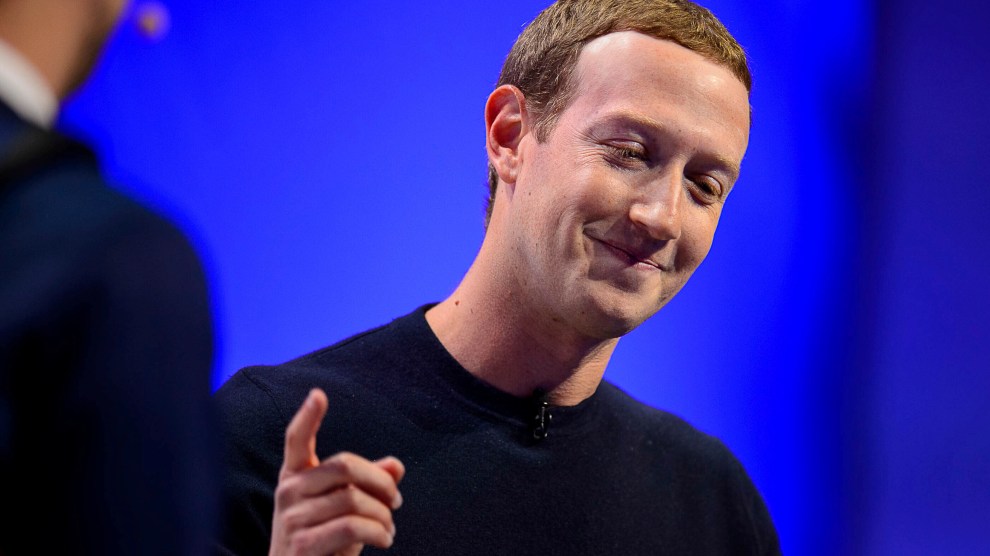 Over the past several weeks, Mark Zuckerberg has set off a firestorm within Facebook, when, even as Twitter started fact-checking certain falsehoods spread on its platform by President Donald Trump, the CEO announced that his company would not do anything similar. Multiple employees publicly criticized the decision, with several resigning in protest.

The company’s workers, according to reports, were particularly frustrated with Facebook leaving up a post Trump made amid demonstrations over the killing of George Floyd by a Minneapolis police officer that promised violence against what he called “thugs.” Trump wrote that “when the looting starts, the shooting starts,” repeating language used by a Florida police chief in the late 60s.

“I can’t currently recommend people come to work at Facebook.”

“I’m deeply ashamed of working in a company that gives free rein to a racist post because it is by a politician,” one employee wrote on in a resignation note shared on a company platform, according to Recode.

Such dissent hasn’t yet ended, with some Facebook employees advocating that their peers refuse to perform a key job function—interviewing potential hires—as a way to put pressure on decision makers at the company. While the company’s recruitment process relies on a workforce dedicated to hiring, candidates for open positions are also interviewed by rank and file workers across departments.

“I took myself off interviewing because I can’t currently recommend people come to work at Facebook,” one worker wrote an internal post that was viewed by over 1,000 colleagues. The worker noted past missteps from Facebook—its bungled response to foreign election interference, the Cambridge Analytica scandal—but chalked them up as genuine mistakes. In this case though, they wrote that the “decision on not fact-checking political speech seems different—it seems like we made this not because it is the right thing to do, but because it is the easy thing to do.”

Several others on the internal forum agreed. “If you also feel that you can’t recommend Facebook to interview candidates, don’t. Maybe leadership will pay more attention when there’s no one left to conduct interviews,” another worker wrote in support of the post.

It’s unclear if a significant number of employees have declined to take part in the interview process out of protest, but the posts and discussion show that frustrations with Zuckerberg’s decision have not subsided and that some rank-and-file workers are interested in taking on-the-job action to push the company to change its decision and forbid Trump and other politicians from saying dangerous things on its platform.

Facebook declined to specifically address the posts, but a spokesperson offered a brief comment over e-mail: “We recognize the pain many of our people are feeling right now, especially our Black community. We encourage employees to speak openly when they disagree with leadership. As we face additional difficult decisions around content ahead, we’ll continue seeking their honest feedback.”

Facebook has internally acknowledged that the decision to let Trump use its platform without inhibition presents a barrier to convincing candidates to join the company. “Many of you are facing difficult questions from candidates about attacks on the Black community as well as Facebook policy decisions concerning Trump’s posts,” wrote Miranda Kalinowski, the company’s global head of recruitment, in an internal post.

“We’ve created messaging for candidates that we hope you may find helpful as you’re navigating these hard conversations during interviews and other candidate touchpoints,” she continued.

Some employees pushed back on parts of “Recruiting Narrative” she shared, specifically on a talking point that touted a company commitment to give “$10 million to efforts committed to lifting Black voices and ending racial injustice.” (Facebook’s 2019 revenue was over $70 billion.)

“I’m against anything that is related to [the] current climate as a means or mechanism to sell folx on FB,” one worker wrote in response.