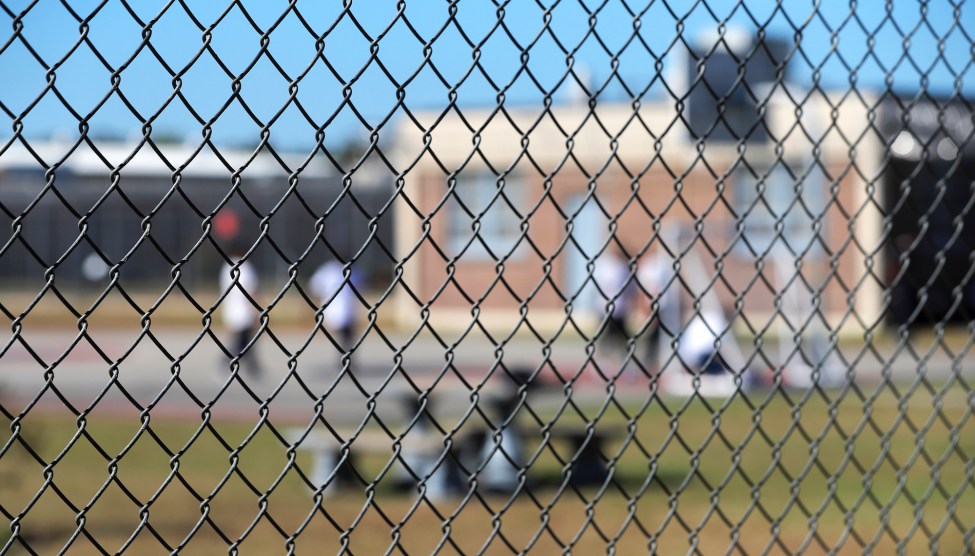 Immigration detainees sit in a yard at the Winn Correctional Center, a for-profit prison in Louisiana run by LaSalle Corrections, in September.Gerald Herbert/AP

On Friday evening, a Guatemalan man told me he spent three nights last week in solitary confinement at an ICE detention facility after developing a fever. Manuel, a pseudonym to protect against potential retaliation, expected to receive medical attention while in isolation at the Richwood Correctional Center, a for-profit immigration jail in Louisiana. Instead, he says he got no aide while fighting off exhaustion and aches. “They put you in there,” he surmised about his nights alone, “and you live or you die.”

About two hours later, Immigration and Customs revealed that 17 new people had tested positive at Richwood. It brings the total there to 20, more than any other ICE detention center in the nation. But those government numbers may show only a sliver of the crisis unfolding at Richwood. Interviews with Manuel and six other Richwood detainees suggest more are infected. They said many of the roughly 70 people who remain in their unit are sick with COVID-like symptoms. Overall, the jail was holding about 200 people earlier this month. (ICE and LaSalle Corrections, the private prison company that runs Richwood, did not respond to requests for comment.)

Before being isolated, Manuel had been in close contact with Salomon Diego Alonzo, who, like Manuel, was one of nearly 700 people who ICE had detained in raids of Mississippi chicken plants in August. They were in the same dorm and talked all the time until Alonzo was isolated shortly before Manuel. Alonzo had learned earlier this week that he has COVID-19 and I asked Manuel if he thought he’d had the new coronavirus, too. He hoped not, but didn’t know. Unlike Alonzo, he said he hasn’t been tested.

Manuel said nearly half the people in the dorm have come down with something. A Mexican man in the dorm told me has a headache, fever, and a cough. “It’s not just me,” he stressed. He added that he has a hernia, high blood pressure, and diabetes. Like Manuel, he’d been arrested in the chicken plant raids. He has five children, three of whom are US citizens.

ICE revealed Friday that only about 1 percent of the roughly 32,000 people in its custody have been tested. Instead of testing detainees it knows have been exposed to COVID-19, ICE generally leaves them in group quarantines until they develop symptoms. Only then are they isolated. Dr. Chris Beyrer, a public health professor at Johns Hopkins University, compared the reality of being stuck in a group quarantine to torture when I interviewed him earlier this month. “Cruel and usual punishment,” he said. “That level of anxiety, that level of stress…It’s a form of torture, you might say. A new form of torture. You could call it COVID-19 torture.” ICE has largely refused to exercise its broad authority to release people from custody to protect them from the pandemic.

The Richwood detainees who’ve tested positive are being held together in another dorm. A Louisiana attorney, who requested anonymity, said one of her clients was moved to that dorm earlier this week after also being sent to solitary. Before that, he’d been with the seven men I spoke to. Her client says that, including him, there are 21 people in the dorm for people who are infected. Jaclyn Cole, a paralegal at the Southern Poverty Law Center, is in touch with a second person in that dorm. She says the man is a colon cancer survivor who uses a colostomy bag.

On Thursday, Alonzo was forced to appear for a court hearing despite being too weak to talk, attorney Veronica Semino, told the Associated Press. Semino told me she tried to get the hearing postponed while Alonzo was in isolation awaiting the results of his COVID-19 test, but the judge refused the request. During the hearing, Semino heard the judge say about Alonzo, “He needs to talk.”

“No, he can’t talk,” Semino heard a guard interject. “He does not have the lung capacity.”

Alonzo started feeling sick on April 8, but his condition has deteriorated since then. Semino learned on Saturday that he was admitted to the hospital soon after the hearing. She said he’s in an intensive care unit, but in stable condition and not on a ventilator. Mostly, Semino is relieved that he’s alive. She asks about Thursday, “Why was he taken to the hearing? Why wasn’t he taken to the hospital sooner? Why didn’t somebody say, ‘Hey this guy is t0o sick to go court?'”

When Semino spoke to Alonzo on Wednesday, he’d been moved to the unit for people who tested positive. He told her he couldn’t keep food down, had diarrhea, felt weak, and had shortness of breath. His cough had become so severe that it was difficult to communicate with him. In calls with his wife, Semino says he mentioned the possibility that he’d die at Richwood.

Roberto, a pseudonym for another Central American detainee, told me he had a lot of contact with Alonzo as well. He is now sick himself—body pain, headaches, dizziness—but trying to hide those symptoms from the jail’s staff. He doesn’t want to get sent to solitary without medical attention like Manuel. Instead, Roberto says he’s resorting to a folk remedy: Lots of strong coffee without sugar.

Over the past week, the men I spoke with told me people have been removed from the dorm after temperature checks revealed fevers above 100 degrees. Roberto says some of the staff are wearing white jumpsuits that make them look like astronauts or crime scene technicians. He described the scene inside the dorm as “un caos tremendo,” tremendous chaos. When we spoke again on Saturday, he passed the phone to a Honduran man who has been trying to get deported since early March.  The Honduran man compared his experience in Louisiana to being kidnapped. “The only thing that that matters to them is that we’re worth $75 dollars a day,” he said, referring to the amount ICE pays to detain people in Louisiana. “We’re a business.”

“We thought there were human rights in the United States,” he added. “But there aren’t human rights here because what they’re doing to us is inhumane.”

Despite having a particularly strong asylum case detailed in dozens of documents provided by his wife, Roberto lost his case last month. He’s been in detention for more than a year and is forgoing his right to appeal, since choosing to challenge the case could mean spending months longer locked up in Richwood. He told me that without the COVID-19 outbreak at the facility, he would have appealed his case. “I don’t want to die in here,” Roberto explained.

He also hopes to be deported as soon as possible. From there, he plans to immediately flee north again. He’s still scared of dying at home, too.