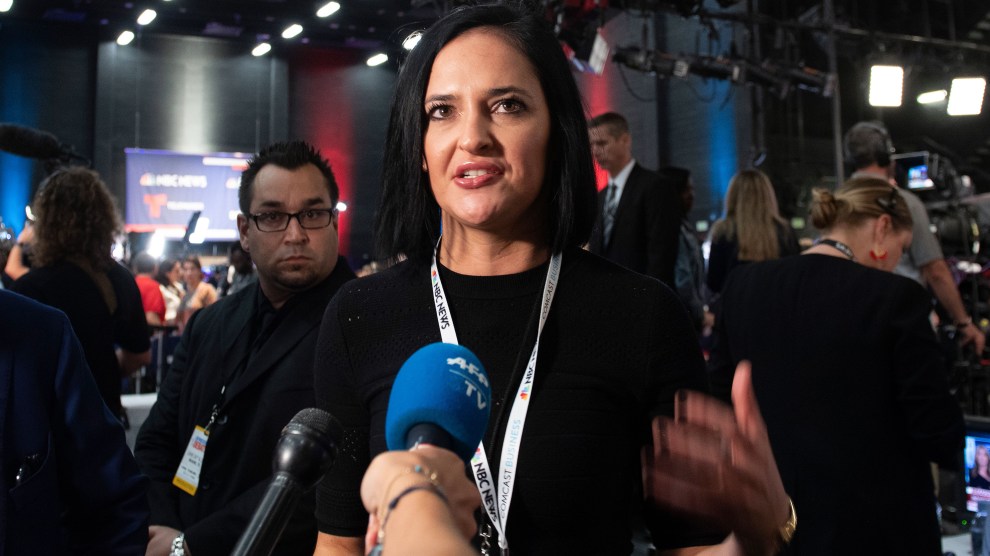 “It’s very stressful. It’s almost midnight here and I’ve just been dealing with controversies all day,” said a man claiming to behind the @easychinedu account, a pro-Pete Buttigieg account that went viral on Sunday morning after high-profile Twitter users like David Klion alleged that it was burner belonging to Lis Smith, Buttigieg’s spokesperson.

“They thought I was a sock puppet,” he said. “I thought it was funny at first, but now I find the whole ordeal very stressful,” he explained saying that his inbox was flooded with messages from journalists and others.

The hoopla mostly stemmed from a single tweet: “Team Pete. Hey. It’s Lis. It’s Phase 4. Time to leave it all on the floor. Phone bankers we need you,” which was interpreted as a classic account-juggling mistake made by Smith.

After Klion and others directed attention to the account, it tweeted several denials, and then the user deactivated the account. Before it went down, Twitter users grabbed screenshots of the account’s tweets defending Buttigieg and Smith.

Smith denied that the account was hers all day Sunday until BuzzFeed reporter Jane Lytvynenko reported that she had communicated with the man behind the account. Mother Jones also spoke with the person claiming to be behind the account over Facetime. He asked that his identity and personal details not be shared to avoid being doxxed and further harassment, though he also provided a screenshot of his inbox showing an email from Twitter about his account @easychinedu, and Mother Jones was able to verify his identity through public information online. While it’s possible to spoof numbers, the FaceTime call and a separate call on WhatsApp came through a Nigerian international code.

He explained the “Hey. It’s Lis” tweet as being a “joke” based on campaign emails that mentioned, “Phase 4” in the campaign process where get out the vote operations for Buttigieg start ramping up. “I thought it was funny,” he said.

Twitter sleuths zeroed in on the US style of English and his use of American twitter affectations like “y’all” and “yikes” in his tweets as evidence that the account belonged to Smith. (British English is more common in Nigeria.) The level of scrutiny surprised him. “I thought y’all was universal,” he said. He told Mother Jones that he is a millennial; he spent several years time in the US and moved back to Nigeria several years ago. “I’m just a regular guy. Just like you. It’s all very strange,” he said.

It’s normal for people abroad to closely follow the American political process given how much American politics affect the rest of the world, and the supposed creator of @EasyChinedu said that was why he cared so much too.

He said that he believes in Buttigieg.

“I know it sounds strange that some people are involved in US politics. A lot of people abroad are supporting Pete,” he said.”I don’t know how to describe it. I thought it was exciting. I’m a young person, and I saw something in him as another young person.”