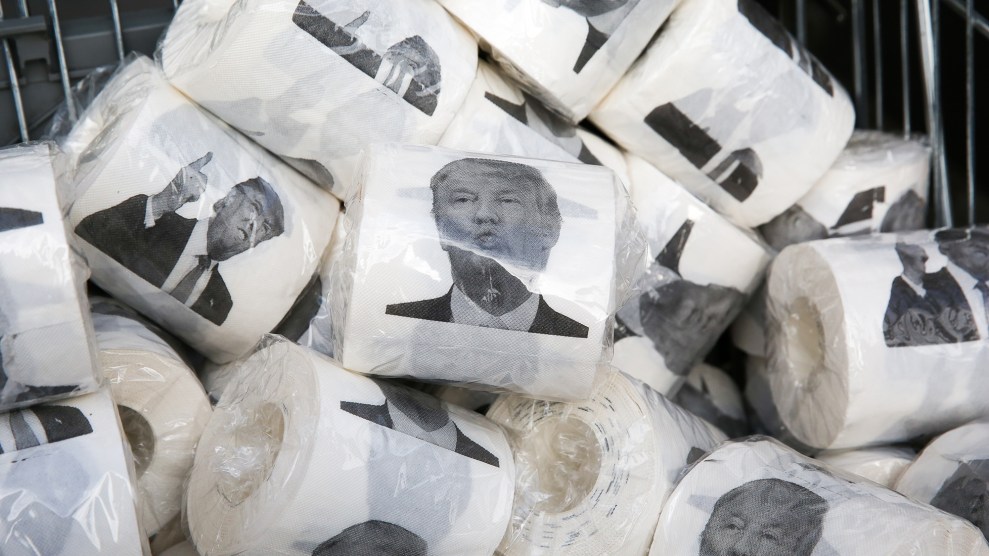 Donald Trump on Friday ordered a federal review of water efficiency standards for toilets. “We have a situation where we’re looking very strongly at sinks and showers and other elements of bathrooms, where you turn the faucet on—in areas where there’s tremendous amounts of water, where the water rushes out to sea because you could never handle it—you turn on the faucet, you don’t get any water,” Trump said at a White House meeting about small business. He added that “people are flushing toilets 10 times, 15 times, as opposed to once. They end up using more water.”

This met with mockery and bafflement. Was the water review another instance of some rogue thought turning into public policy simply because Trump had started yammering in front of cameras? Yes, probably, but it turns out that libertarians have been complaining about toilet water pressure for decades, citing it as an example of statist intrusion.

The low-flow (1.6 gallon) limit on toilets was instituted with the 1992 Energy Policy Act, signed into law by George H.W. Bush. Prior to that, toilets used anywhere from 3.5 to 5 gallons, according to major toilet manufacturer American Standard. In 1999, then-Rep. Joe Knollenberg (R-Mich.) introduced a law to repeal the restriction, along with other efficiency standards for faucets, showerheads and urinals instituted in the 1992 bill. Knollenberg gained the support of 107 cosponsors, including Rand’s father, Rep. Ron Paul (R-Texas), and now-Speaker John Boehner (R-Ohio).

In a 1998 20/20 segment, in what might be his magnum opus, libertarian icon John Stossel laid waste to the very same toilet regulations that Trump complained about on Friday. He interviewed toilet pressure enthusiasts who were so bummed out by new regulations on the amount of water that could be used for flushing that they searched junkyards and traveled to Canada to find high-powered commodes.

Stossel appears to be pretty into toilets in general. In 2013, he epically owned any moron who was stupid enough to prefer public provision to private. He tweeted: “It’s intuitive to think public is better than private. #ThinkAboutThis: public toilets.”

More recently, Stossel in 2017 eviscerated New York City public officials for spending too much money on public bathrooms and doing oppressive things like allowing the public to comment on how taxpayer funds are spent.

But the cause’s most eloquent exponent is surely Sen. Rand Paul (R-Ky.). In 2011, during an appliance efficiency hearing, Paul told Kathleen Hogan, then the US Department of Energy deputy assistant secretary on energy efficiency, what we’ve all been thinking: “Frankly, the toilets don’t work in my house. And I blame you, and people like you who want to tell me what I can install in my house, what I can do.” The video of his rant was blasted out to his father’s email list, Good noted, and Rand Paul was praised for “taking the fight to the statists.” Howard Roark crapped.