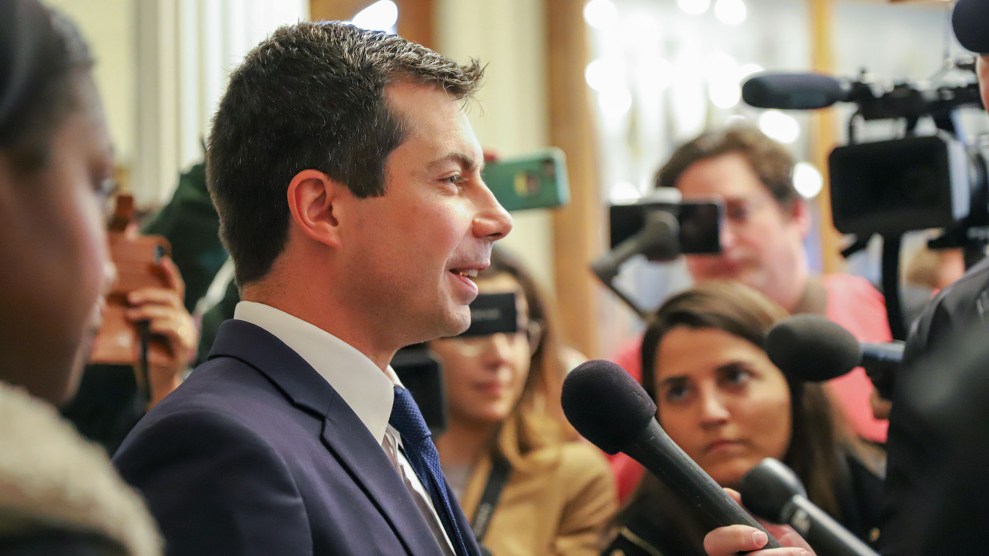 What’s it like to be responsible for the digital security of a presidential campaign? Ask Mick Baccio, the only publicly-designated chief information security officer on the staff of a 2020 candidate.

“As far as I know, I’m the only CISO on any presidential campaign,” he said Thursday. “I have no idea why.”

Given the impact that information security lapses had on Hillary Clinton’s 2016 campaign, it’s a good question why he’s alone. Baccio, who works for Democrat and South Bend Mayor Pete Buttigieg, says his job is to help keep the campaign’s data secure and train staffers on security issues related to their jobs “to make sure 2016 doesn’t happen again.”

It’s not easy. Campaigns add and shed employees in fits and starts, with people moving in any number of directions at once. Staff come in with their own phones, computers, and digital habits, and with varying levels of security literacy after working on other campaigns or in government.

Baccio took the job in July after a long career in information security including stints at the Pentagon and the White House. He was hesitant to sign on, given the temporary nature of political campaigns. “This job might end in March, it might end in November, it might end at any point in between then,” he said. “So it’s not really a good selling point.”

But he found the set of challenges presented by the campaign interesting, and decided it was an opportunity that might not come again, Baccio says. “It’s been non-stop since.”

One such challenge are the third-party vendors that modern campaigns rely on for fundraising, field planning, and managing donor lists. A whole universe of companies facilitate these efforts, offering campaigns convenience and scale. The tradeoff is another avenue by which sensitive data can be compromised, warns Baccio. The danger was highlighted in 2016 when Guccifer 2.0, a front persona created by Russian military intelligence that provided stolen Democratic materials to WikiLeaks and journalists baselessly claimed that it had accessed records through NGP VAN, a fundraising and donor organizational platform for progressive campaigns. (Experts believe Russian hackers obtained the documents from other Democratic systems.)*

“All the campaigns access this ecosystem. I’m only as secure as [these platforms and their users],” Baccio explained.

Baccio, who was speaking at Cyberwarcon, a day-long information security gathering in northern Virginia, raised two outside threats to the campaign that he’s tracking. One is the potential for “deepfakes,” or fabricated or manipulated videos that seem to show a person saying or doing something they never said or did. “We keep the mayor in front of a camera pretty much all his waking hours,” Baccio said. “So if there is that doctored video we have the original and we can combat it.”

Another is spoofed website domains or other methods that can deceive internet users. For example, the website petebuttigieg.org redirects to donaldjtrump.com. “We should have bought that domain a while ago,” he joked.

While Baccio avoided certain specifics about the campaign’s security practices and training methods, he said he’s focused on creating an overall security culture with a particular eye on the major threats represented by nation-states like Russia and China, both of whom have hacked US presidential campaigns before.

“I’m putting something into place where it’s never, ever been before, and we’re moving at 100 miles an hour,” he said. “Any campaign that’s out there, I think we’re competitors, not opponents.”

This paragraph has been updated with additional context about Guccifer 2.0’s claims.