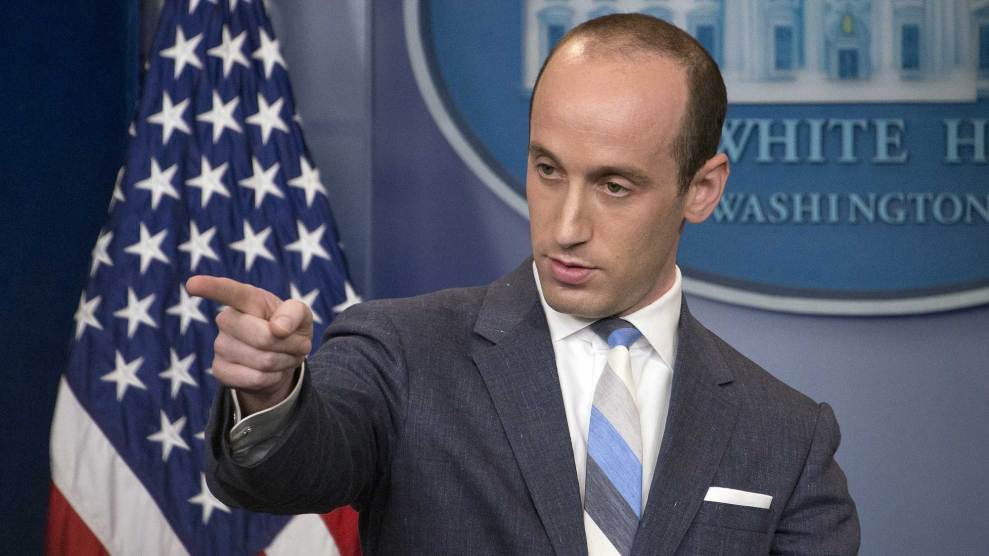 A Trump official who pushed for one of the administration’s cruelest immigration policies has been promoted to acting deputy director of US Citizenship and Immigration Services, just a week after the White House’s most notorious restrictionist, senior adviser Stephen Miller, was at the center of a scandal surrounding a trove of leaked emails that he sent to the right-wing outlet Breitbart ahead of the 2016 election.

In August, in her former role as the policy and strategy chief at USCIS, Kathy Nuebel Kovarik wrote a memo to then-acting Homeland Security Secretary Kevin McAleenan recommending USCIS strip deportation protections to migrants undergoing serious medical treatment in the United States, instead of leaving that decision up to Immigration and Customs Enforcement.

In the memo, originally reported by Politico, Nuebel Kovarik wrote that the deferred action policy was “subject to abuse” and was against “the president’s agenda to enforce our existing laws and potentially contrary to his goal of making sure aliens are self-sufficient.” The administration quietly implemented the policy in August, but USCIS eventually reinstated the program after public outcry.

Neubel Kovarik’s promotion to the No. 2 job at USCIS comes a week after the Southern Poverty Law Center (SPLC) released some 900 emails written by Miller in 2015 and 2016 that promoted white nationalist and racist publications and fumed about Amazon’s, eBay’s, and Walmart’s decisions to stop selling Confederate flags after the massacre of nine black churchgoers in South Carolina. As my colleague Noah Lanard wrote:

In a normal administration, the views laid out in Miller’s emails would be disqualifying. In a Trump administration, it makes him essential. In fact, many of the opinions he laid out in the emails have become part of the policies Miller has helped enact in the White House, from cutting refugee admissions to record lows to separating families at the border.

Despite the outrage over Miller’s emails last week, two people with ties to the Federation for American Immigration Reform (FAIR), an anti-immigration group classified as a hate group by the SPLC, were also promoted to top positions in the administration. John Zadrozny, a Miller ally who worked as counsel to Texas Sen. Ted Cruz and for FAIR, according to his LinkedIn profile., will now be acting USCIS chief of staff. Taking over Neubel Kovarik’s role as policy and strategy chief is Robert Law, formerly the senior policy adviser at USCIS. Before joining the federal agency, Law was the government relations director at FAIR.

In 2016, while at FAIR, Law co-authored a to-do list of immigration policies for the incoming Trump administration. “After eight years of the Obama administration dismantling our immigration laws, it is imperative that the next president make it a priority to reverse the damage done by a rogue administration,” Law and his colleagues wrote. “During his two terms in office, President Obama made it clear that he did not feel bound to enforce immigration laws as enacted by Congress. In doing so, he eroded public confidence in the willingness of the Executive Branch to carry out the terms of immigration law.”

Many of the solutions proposed in the report have since been prioritized or implemented by Trump: a border wall, expanded immigrant detention, and a reduction in refugee admissions.