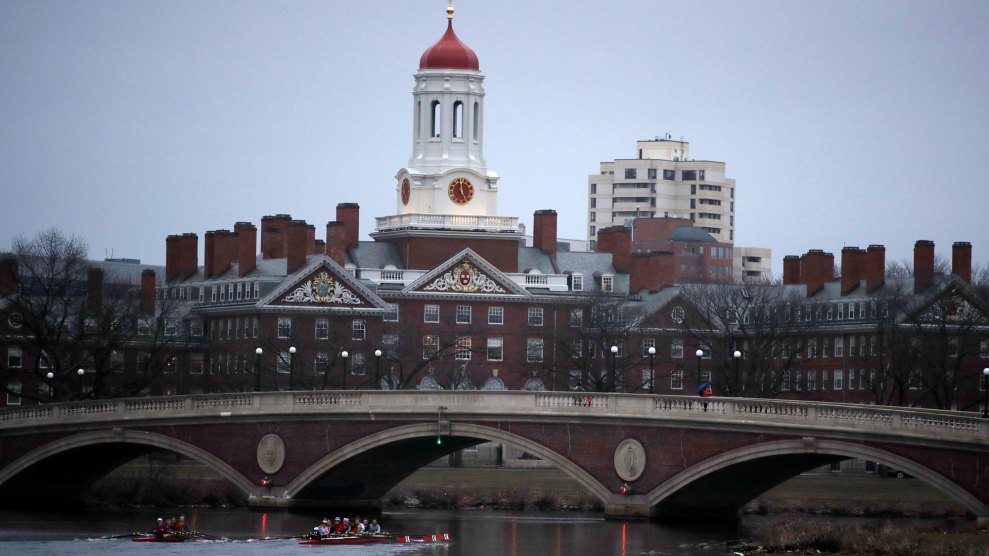 A federal judge in Boston on Tuesday ruled that Harvard University did not discriminate against Asian American students, rebuffing for now a challenge to the use of race in university admissions that could ultimately reach the Supreme Court.

In a 130-page ruling, US District Court Judge Allison Burroughs concluded that Harvard’s admissions process “passes constitutional muster” in using race as one factor in determining how it admits students to the university. The court found no evidence of “any racial animus or conscious prejudice against Asian Americans.”

The decision dealt a blow to Students for Fair Admissions, a group of Asian American students who sued Harvard in 2014. The case represented a pivot in challenging affirmative action that pitted one minority group against others. In this case, the group’s attorneys argued that Harvard effectively created a quota for how many Asian students the university would admit and penalized Asian applicants by holding them to a higher standard while giving preference to black and Hispanic students. An analysis of Harvard’s student records conducted by Students for Fair Admissions concluded that while Asian applicants scored higher in academic and extracurricular measures than their peers, they received lower ratings on more subjective criteria like a “personality rating.” The court found that the university did not impose “racial quotas or otherwise engaged in impermissible racial balancing.”

“The students who are admitted to Harvard and choose to attend will live and learn surrounded by all sorts of people, with all sorts of experiences, beliefs and talents. They will have the opportunity to know and understand one another beyond race, as whole individuals with unique histories and experiences,” Judge Burroughs concluded. Until race is no longer considered a defining feature in a person’s life, “race conscious admissions programs that survive strict scrutiny will have an important place in society and help ensure that colleges and universities can offer a diverse atmosphere that fosters learning, improves scholarship, and encourages mutual respect and understanding.”

Students for Fair Admissions is led by activist Edward Blum, a longtime opponent of racial preferences who was behind a 2016 Supreme Court challenge to the use of race in college admissions at the University of Texas at Austin. In that case, involving a white student named Abigail Fisher, the Supreme Court upheld the university’s admissions process.

Tuesday’s ruling is just the opening salvo. Blum, president of Students for Fair Admissions, noted in a statement that the group was “disappointed that the court has upheld Harvard’s discriminatory admissions policies” and planned to appeal Burrough’s decision.

Read the court’s opinion below: