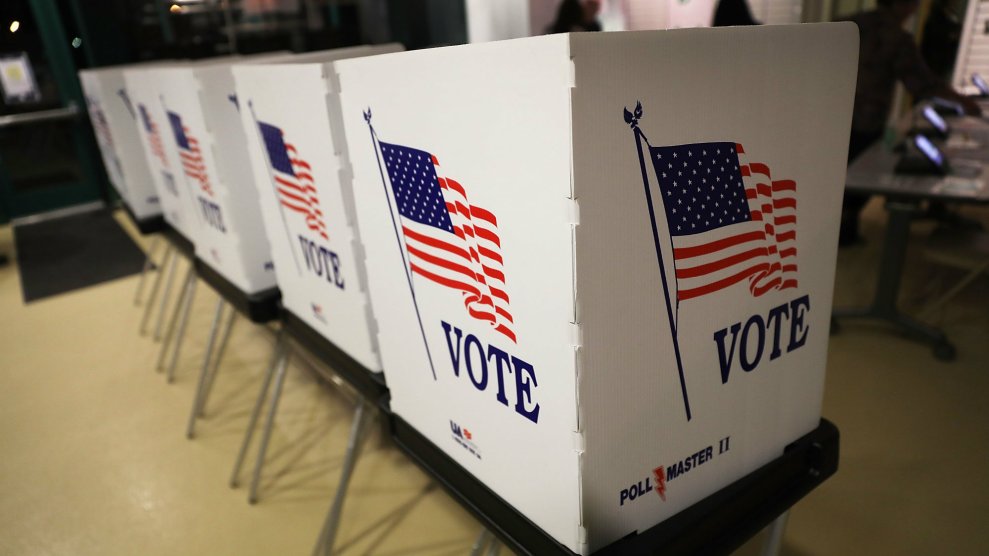 In 2013, the Supreme Court gutted a core provision of the Voting Rights Act: The requirement for certain states with a history of voter discrimination to “preclear” changes in their election rules with the federal government. For decades, the 1965 law helped secure the right to vote for hundreds of thousands of people in nine states, as well as certain jurisdictions in six other states, which had such a history of discrimination against minority voters. But in the 5-4 decision in Shelby County v. Holder, the court ruled that the coverage formula for determining those jurisdictions subject to preclearance was outdated and therefore unconstitutional.

The consequences of the Shelby County decision were immediate: States that had previously fallen under the jurisdiction of the VRA immediately passed tough voter restriction laws and restructured election systems. But a new report released today by the civil rights coalition The Leadership Conference on Civil and Human Rights adds another dimension to the picture of how this 2013 ruling has undermined voter access by analyzing the number of polling place that have been closed since the ruling. According to the report, entitled “Democracy Diverted: Polling Place Closures and the Right to Vote,” 1,688 polling places are now shuttered in those areas. The report, which is a follow-up to a 2016 analysis, looked at 757 counties and found that 298 of them, or 39 percent, reduced their number of polling places between 2012 and 2018.

“Next to the ballot itself, the most identifiable element of our democracy’s voting process is the polling place. It should—and it must—be accessible to all,” the report states. “When it is not, the barriers to participation can be high. Moving or closing a polling place— particularly without notice or input from communities—disrupts our democracy.”

“Moving or closing a polling place— particularly without notice or input from communities—disrupts our democracy.”

The state data first was analyzed to determine if the type of election—presidential elections tend to have higher turnouts—made a difference in terms of the number of accessible polling places. Researchers found that they didn’t: Sixty-nine percent of the polling place closures occurred after the 2014 midterm elections. Though the report stops short of saying that these polling place closures are “inherently discriminatory,” it does note that most of the closures “occurred in states and localities with past histories of racial discrimination in voting,” and that “some took place amid a larger constellation of efforts to prevent voters of color from electing the candidates of their choice.”

In Texas and Arizona, officials say one of the main reasons for the closures is because the states switched over to a “vote center” model, meaning that, instead of being assigned to specific polling places, voters can cast ballots at whatever polling place they choose. It’s a model that’s meant to make it easier to access a polling place, but often it has the opposite effect: low voter turnout, especially in minority communities.

The report also uncovered polling places closing “without clear notice or justification” in Louisiana, Mississippi, Alabama, North Carolina, and Alaska. The states did so without any notice or transparency about how or why the decision was made. In Louisiana, Mississippi, Alabama, and North Carolina, news reports of these polling place closures were “often met with silence from elected officials.”

According to the report, there was one overriding rationale for these closures:

By far, the most common justification for closing polling places was no justification at all. Local officials who did offer an explanation often cited pretexts, such as budget constraints, compliance with the Americans with Disabilities Act (ADA), school safety concerns, limited parking, changes in voter turnout, or even simple logic. As one election commissioner from Mississippi put it, sometimes closing polling places “just makes sense.”

Much of the national conversation in the aftermath of Shelby County v. Holder has centered around efforts by states to restrict the right to vote—Texas’ voter ID measure, gerrymandered redistricting, and other restrictive voter registration measures. But The Leadership Conference Education Fund’s new report concludes that taking a closer look at where polling places are located and how simple access is to the ballot box—and the often unjustified reasons for these closures—illustrates how profoundly these decisions can severely impact the right to vote in communities of color.

“Our hope is that journalists, advocates, and voters will use this county-level polling place data to scrutinize the impact of poll closures in their communities,” the report stated, “to understand their impact on voters of color, and to create a fairer and more just electoral system for all.”