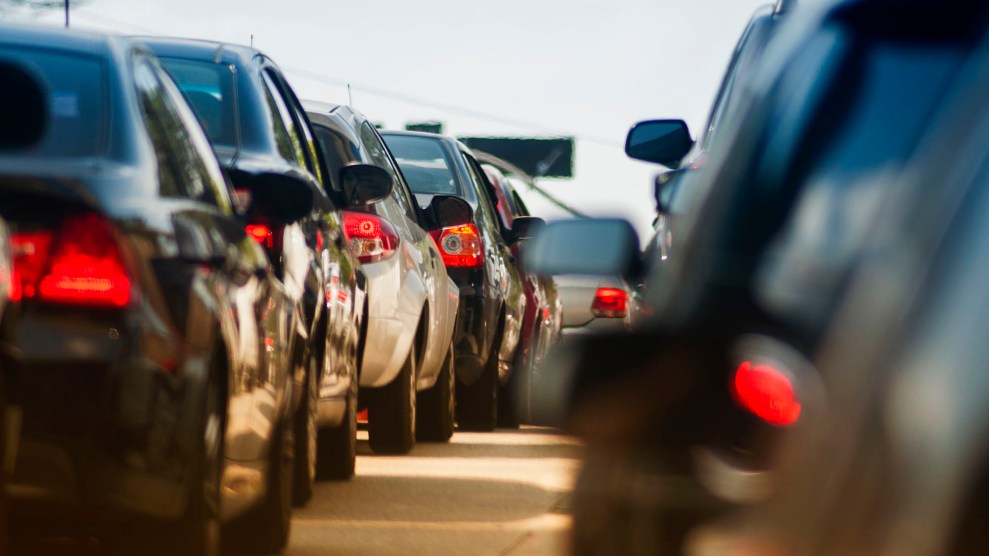 The Justice Department has reportedly opened an antitrust investigation into four major automakers that struck a deal with California on vehicle-emissions standards in July, sidestepping opposition from the White House.

The automakers―Ford Motor Co., BMW AG, Volkswagen AG and Honda Motor Co.―had said they would voluntarily agree to recognize the state’s authority to set vehicle emissions rules. This clashed with the Trump administration, which argued that federal law should prevent California from setting its own emissions rules.

The Justice Department is now looking into whether the automakers violated federal competition law by making the agreement, The Wall Street Journal reported on Friday.

A spokesperson for Honda, reached by the Journal, said the company plans to cooperate with the investigation.

“Honda will work cooperatively with the Department of Justice with regard to the recent emissions agreement reached between the State of California and various automotive manufacturers, including Honda,” the company said.

In the months after taking office, the Trump administration has worked to roll back efforts to cut emissions standards that were set by the Obama administration. The White House has argued that the standards make vehicles more expensive and less safe for consumers.

Advocates of the emissions agreement argue that it would significantly reduce greenhouse gas emissions to help curb climate change as well as encourage a transition to electric vehicles.

Mary D. Nichols, chairwoman of the California Air Resources Board which sets the state’s air quality standards and verifies automakers’ emissions compliance, was among those who immediately spoke out against the DOJ’s investigation. In a statement obtained by HuffPost, she questioned the motive of the Environmental Protection Agency and its administrator, Andrew Wheeler.

“The US Department of Justice brings its weight to bear against auto companies in an attempt to frighten them out of voluntarily making cleaner, more efficient cars and trucks than EPA wants. Consumers might ask, who is Andy Wheeler protecting?” she asked.

California Gov. Gavin Newsom (D), who advocated for the emissions deal, similarly spoke out against the Trump administration on Friday while calling the president a “bully.”

“The Trump Administration has been attempting and failing to bully car companies for months now,” he said in a statement obtained by HuffPost. “We remain undeterred. California stands up to bullies and will keep fighting for stronger clean car protections that protect the health and safety of our children and families.”

“This is a really disturbing abuse of power and another sign of how politicized DOJ has become,” he tweeted. “Antitrust law doesn’t exist to punish companies for adopting policies you don’t like.”