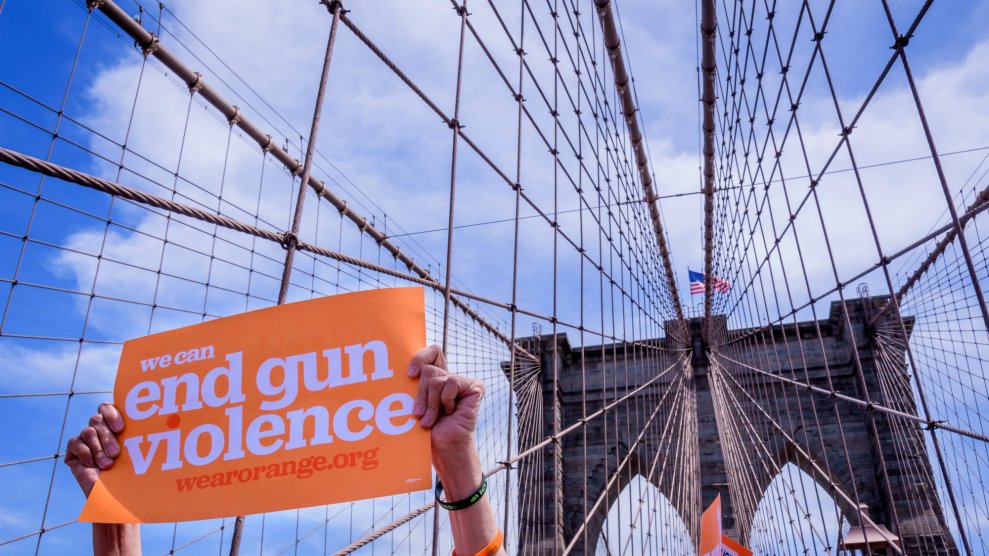 When President Donald Trump addressed the nation Monday following a pair of mass shootings, he voiced support for “red flag” legislation that would allow law enforcement authorities to take firearms out of the hands of people who pose a threat to themselves or others. “We want to make sure those judged to pose a grave risk to public safety do not have access to firearms, and that if they do, those firearms can be taken through rapid due process,” he said.

Trump is certainly not the first politician to embrace red flag laws. Democrats, some Republicans, gun control groups, and even the NRA have expressed support for the idea. Here’s what you need to know about how these measures work and how they might be used to prevent the next mass shooting.

What are red flag laws?

Red flag laws—formally known as Extreme Risk Protection Order (ERPO) laws—grant family members, law enforcement officials, and, in some cases, other individuals, the ability to petition a judge to temporarily remove firearms from people believed to pose a danger to themselves or others. Seventeen states and the District of Columbia have enacted versions of these laws, which vary widely in terms of who can use them. In New York, for instance, school administrators can file petitions. In Hawaii, coworkers can do so. Neither Ohio nor Texas have enacted a red flag measure, though one such bill is currently pending in Ohio’s state Senate.

How do red flag laws work?

Once a family member, law enforcement official, or other authorized party files a petition, it’s up to a judge to determine if the gun owner poses a threat. For example, in Escambia County, Florida, last year, a judge issued an order for authorities to confiscate a high school student’s AR-15 assault rifle after he was accused of stalking and threatening his ex-girlfriend. The student had also posted pictures the gun and a bullet on social media, which, the Pensacola News Journal reported, contributed to the judge granting the order.

In another instance that took place in Miami in February, a 29-year-old man had his firearms confiscated when his mother alerted local authorities about his behavior. After the Parkland massacre, the man—who owned two assault rifles, two handguns, and hundreds of rounds of ammunition—allegedly told his mother that he thought the shooter “did a good job.” He also allegedly threatened his mother and posted pictures of himself holding two assault rifles and “bragging about how he was never convicted of a felony,” the local NBC affiliate in reported. (The man had previously been convicted of a misdemeanor for firing a gun under the influence, but that crime was not severe enough for him to lose his right own a firearm under Florida law.)

Red flag laws represent one of the few gun reform measures that many Republican elected officials claim to support—though they have yet to actually enact one at the federal level. Senate Judiciary Committee Chairman Lindsay Graham (R-S.C.) held a hearing on ERPO laws in March, and after the El Paso shooting, he reiterated his support for the idea, which he said had proven effective at the state level. “Time to do more than pray,” Graham tweeted. “Time to enact common-sense legislation in Congress to empower states to deal with those who present a danger to themselves and others—while respecting robust due process.” On Monday, Graham announced that he and Connecticut Democratic Sen. Richard Blumenthal had reached an agreement on legislation that would encourage states to enact red flag laws. And on Tuesday, Ohio Gov. Mike DeWine, a Republican, called on legislators to enact such a law.

Even the National Rifle Association has reluctantly voiced its support for red flag laws, though—like Graham and Trump—the gun rights group has emphasized the importance of due process protections for firearms owners at risk of losing their weapons. Gun control groups are in favor, as well. Organizations such as Everytown For Gun Safety, Giffords, and the Brady Campaign to Prevent Gun Violence all back the measures; the Brady Campaign has worked with state legislators to draft individual versions of ERPO laws. “Between the state and federal governments, we should figure out a 50 state ERPO law or have the federal government incentivize states to do so,” says Josh Horwitz, the executive director of the Coalition to Stop Gun Violence.

Can red flag laws be used against gun owners who engage in online extremism?

Perhaps, but doing so could raise constitutional questions. The First Amendment prevents the government from prohibiting hate speech “unless it’s used in the narrow context of a true threat of violence,” says Clay Calvert, a journalism professor at the University of Florida and the director of the school’s First Amendment Project. “The more specific the [online] posts are, the more permissible it is to issue one of these orders against a person and remove their guns.” Calvert predicts that the more red flag laws are used, the more likely it is that they will be challenged in court by those who see them as a violation of both the First and Second Amendments.

Still, gun control advocates argue that authorities should be able to take online extremism into consideration. “Hate speech, threats—those things can be considered overall to determine if you’re posing violence to yourself or others,” says Horwitz, of the Coalition to Stop Gun Violence. “You can’t criminalize speech, but here, you’re able to do something and intervene through the civil protection order.”

Although most red flag laws only allow law enforcement officials or a family member to petition a judge for an order, anyone can alert authorities and ask them to investigate any sort of behavior that could be deemed threatening. Kyleanne Hunter, the vice president for programs at the Brady Campaign, likens the laws to the “if you see something, say something” phrase that became a something of a motto for reporting suspicious activity in the aftermath of 9/11. “If you as an individual determine that there is a threat in a social media post, you can report it and authorities would have to investigate it,” she says.

Horwitz notes that a shooter’s online behavior is what precipitated the country’s first modern red flag law, enacted in California in 2016 following a rampage in Isla Vista, Calif., that left six dead and 14 injured. Prior to the massacre, the killer, 22-year-old Elliot Rodger, had posted several videos that highlighted his misogynistic and racist views that evolved from years spent on various incel and pick-up artist online forums—websites that are often populated by radicalized men who are enraged by their lack of romantic success.

In his comments Monday on the shooting, Trump blamed the Internet for providing “a dangerous avenue to radicalize disturbed minds,” noting that Patrick Crusius, the alleged El Paso shooter, posted a racist, anti-immigrant manifesto on 8chan shortly before the shooting. This isn’t the first time 8chan has been linked to a mass shooting: The suspects in a massacre at two mosques in Christchurch, New Zealand, in March and a shooting at a synagogue in Poway, California, in April both posted hate-filled manifestos to the site prior to their crimes. Trump added that his administration would counter those tendencies and that he is directing the Justice Department to work with social media companies and federal, state, and local authorities to “develop tools that can detect mass shooters before they strike.”

Could red flag laws have prevented the El Paso and Dayton shootings?

It’s impossible to know. Both suspects appear to have obtained their guns legally, though it’s not clear when they purchased them. Neither Ohio nor Texas currently have red flag laws, but if they did, argues the Brady Campaign’s Hunter, what is now known about the two shooters would likely be enough for a judge to issue an order to confiscate their guns.

Of course, for the laws to work effectively, authorities have to be alerted well in advance of a crime. Betts, the Dayton shooter, had a long history of concerning behavior that could have satisfied a judge that he posed a threat. He allegedly made a “hit list” and a “rape list” in high school and played in a misogynistic metal band whose albums featured “cover art showing the rape and massacre of female bodies,” according to Vice News. But Crusius’ case is less clear, because the manifesto allegedly outlining his violent, anti-immigrant beliefs was posted just minutes before the El Paso attack.

Update (8/8/2019): The attorneys representing Crusius’ mother told CNN on Thursday that weeks before the shooting, she had called the Allen, Texas, police department “because she was concerned about her son owning an ‘AK’ type firearm” and was “worried about her son owning the weapon given his age, maturity level and lack of experience handling such a firearm.” Crusius’ mother allegedly spoke to a public safety officer who said her son was legally allowed to purchase the weapon. A police spokesperson said the department has no record of the call.

“This is why Extreme Risk Protection orders are so important,” said the Brady Campaign’s Hunter in response to the new revelations. “They give the opportunity for family members to speak up. Mental illnesses aren’t always diagnosed, and there’s often other flags, and this is an opportunity for the people who know the people who could pose a risk best to put their knowledge to use.”