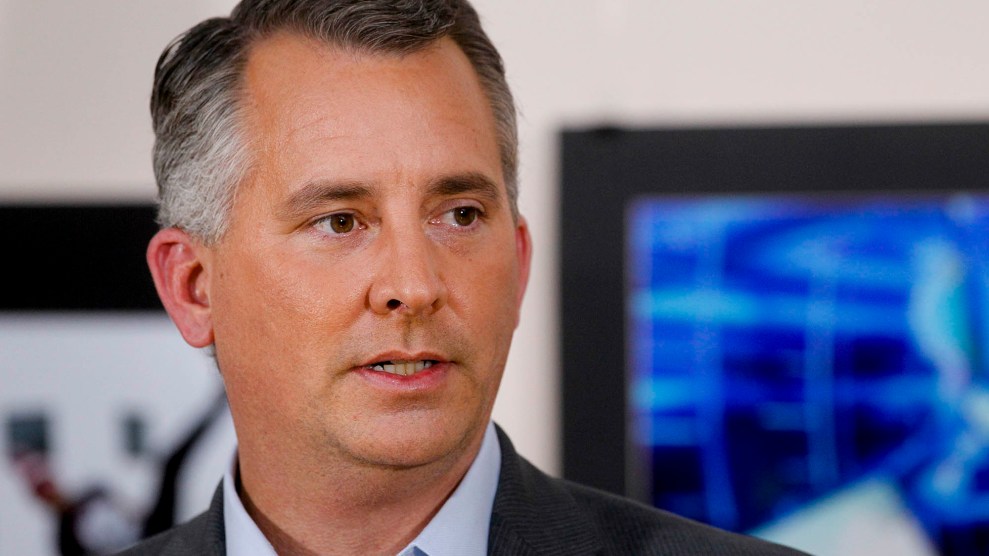 Former Rep. David Jolly at a campaign rally in Florida, where he ran for Congress as a Republican in 2016 before leaving the party in opposition to Trump.Dirk Shadd/Zuma

After 31 people died as the result of mass shootings in El Paso, Texas, and Dayton, Ohio, over the weekend, some Republican lawmakers appear be distancing themselves from the status quo positions of a party that has tirelessly defended the Second Amendment and enjoyed large contributions from the National Rifle Association.

Former Republican congressman David Jolly (R-Fla.) appeared on MSNBC and went so far as to encourage voters to elect Democrats in order to advance gun control legislations.* “Republicans will never do anything on gun control. Nothing, ever,” he said. “If this is the issue that informs your ideology, as a voter, the strength to draw in this moment is to commit to beating Republicans. Beat ’em. Beat every single one of ’em.”

Others in the party are calling for change from within. Ohio Republican state senator Peggy Lehner, whose district borders Dayton, has called for bipartisan action on gun control in her state. “I’m personally embarrassed that it has been up to the Democrats alone to be calling for some of these very commonsense, simple solutions that don’t do anything to violate anyone’s Second Amendment rights,” Lehner told NPR on Monday. “We’re all in this together, and it’s time that we started looking for solutions together.”

“I believe if we actually take the steps of instituting universal background checks and raising the gun purchase age, if we can all recognize the existence of real evil and focus again on respecting each other, and for the love of God quit naming and showing the shooters,” he wrote in a Medium post. “We can and will make a real impact.”

Even the notoriously pro-gun and pro-Trump Sen. Lindsey Graham (R-S.C.) spoke up and promised to support “red flag” laws that would allow courts to restrict access to firearms for people who present a threat to themselves or others.

For years, the Republican party line on gun control has been strong support of the Second Amendment and blocking any action on restrictions. In an address to the nation on Monday, President Donald Trump blamed mass shootings on mental illness and violent video games, despite the large body of research that suggests that gun control is the most effective way to reduce firearms-related deaths.

“All I can ever think of, in this moment when I see Republicans do absolutely nothing,” Jolly said, “is your time is coming.”