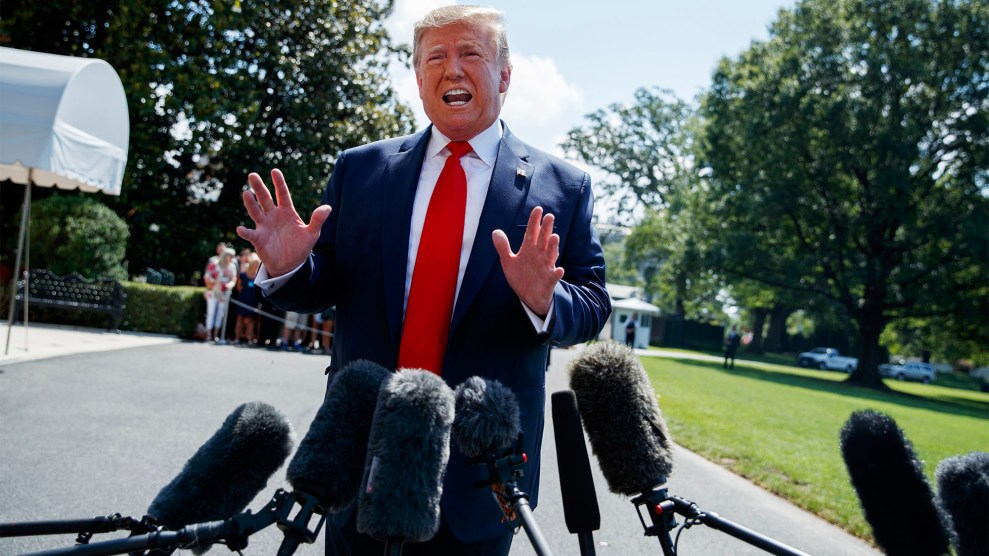 In a dramatic turn of events, President Donald Trump announced on Thursday that his administration would not undertake a new push to put a citizenship question on the 2020 census after the Supreme Court blocked the question last month. The decision is a major victory for voting and immigrant rights groups, who argued that the question would depress response rates among immigrant communities and jeopardize the accuracy and fairness of the entire decennial census.

However, Trump’s decision could still pose problems for voting rights. Trump ordered the Census Bureau to gather existing data on citizenship from administrative records, and ordered other federal agencies to turn over their citizenship data to the Commerce Department, which oversees the bureau. The administration could then use this information to draw districts based on citizenship rather than total population during the next redistricting cycle in 2021—something some Republicans have been advocating. That would shift political power to whiter and more Republican areas with fewer immigrants, a move that longtime GOP redistricting strategist Tom Hofeller said in 2015 would be “advantageous to Republicans and Non-Hispanic Whites.”

“Some states may want to draw districts based on voter eligible population,” Trump said Thursday.

Attorney General William Barr brought up a separate but related issue. “There is a legal dispute about whether illegal aliens can be included for apportionment purposes,” Barr said, referring to a lawsuit from Alabama seeking to exclude undocumented immigrants from counting toward congressional appointment. “Depending on the resolution of that dispute, this data may possibly prove relevant.”

Trump’s surprise announcement capped a wild two weeks of maneuverings and reversals by his administration following the Supreme Court’s decision.

Last Tuesday, both the Justice Department and the Commerce Department said the 2020 census forms would be printed without the question. Then, a day later, Trump tweeted that he was “absolutely moving forward” with the question, calling statements from his own administration “FAKE!” Justice Department lawyers seemed caught off guard by the abrupt change in position and were angrily reprimanded by a federal judge in Maryland, who said the government’s changing positions were “increasingly frustrating.”

Justice Department lawyers then told the court they had been “instructed to examine whether there is a path forward” to re-adding the question and said they were searching for a “new rationale” for it. At the beginning of this week, the Justice Department attempted to replace its entire legal team working on the census case—evidently because career lawyers refused to go along with the new strategy—but was blocked by a federal judge in New York, who called the request to change lawyers “patently deficient.” Trump then criticized the “Obama appointed judge” on Twitter.

As early as Thursday morning, administration officials said the president would take executive action instructing the Commerce Department to add the question back to the 2020 census, which would have brought new legal challenges and a slim likelihood of success. The move likely would have been unconstitutional—since Congress, not the president, has constitutional authority over the census—and might have been blocked by the same federal courts that originally ruled against the question.

The 2020 census is also facing a number of other pressing challenges, from budget cuts to a reduced number of census workers to new technology that raises cybersecurity fears, as I detailed in a Mother Jones feature last year.