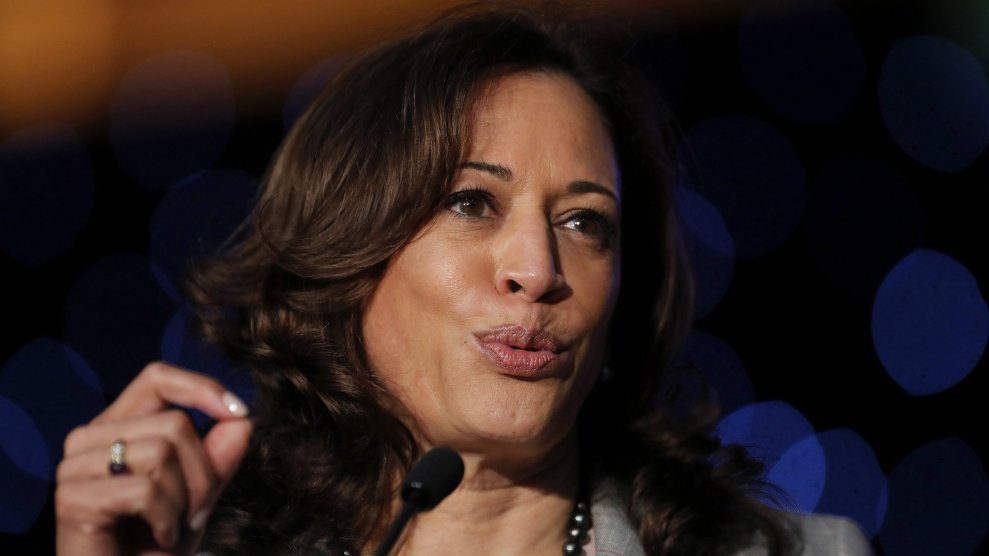 “Too many people become involved in our criminal justice system and serve their time only to return home to face additional barriers to employment, education, and housing,” said Harris in a statement. “By requiring a higher standard of evidence and a more holistic review process, we are taking a significant step toward giving Americans a fair chance to succeed.”

Lack of access to housing is one of the main causes of recidivism—when a formerly incarcerated person returns to prison or jail. Because many landlords refuse to rent to those with criminal records and also because of stringent rules in government assisted homes, one in five people who leave prison will end up homeless.

“The Fair Chance at Housing Act of 2019” would reform the current eviction and screening policies for housing that are currently in place. As part of the War on Drugs from the 1990s, the Department of Housing and Urban Development, which oversees local public housing authorities, issued guidance that compelled local public housing authorities to adopt extremely strict policies regarding criminal activity. This bill takes aim at eliminating those rules.

The proposed legislation attempts to reverse a number of policies that public housing residents and advocates have long said are unfair to those attempting to rebuild their lives after living prison, and that have imposed a burden on families with a member who has a criminal record. It would ban “one-strike” policies that allow landlords to evict tenants for violating the law, no matter how minor the infraction might be. It also gets rid of what are described as “no-fault policies,” through which it is possible for an entire family to be evicted for criminal activity by a guest or household member, even if no one else was aware of that activity. During a House Financial Services Committee hearing in May, Ocasio-Cortez asked HUD Secretary Ben Carson if he supported changing those specific policies, and he appeared to support the idea.

Should the measure become law, those tenants who are evicted for criminal activity would be guaranteed adequate written notice of the decision as well as the chance to appeal, neither of which they currently are able to do. Finally, public housing authorities would be prohibited from randomly drug and alcohol testing tenants when there is no reason to suspect a problem.

For Harris, the proposed legislation comes at a time when the presidential candidate wants to prove that she’s got the progressive chops to be the Democratic nominee. Since she announced her candidacy, Harris has been disparaged for her past as a prosecutor, as Mother Jones’ Jamilah King reported:

Throughout her candidacy, Harris has faced the “Kamala is a cop” taunt. Even after going head-to-head with front-runner Joe Biden during night two of the Democratic debates (and winning), observers still wondered how her tough-on-crime past might undermine her chances to become a frontrunner. Harris has pushed back, referring to herself as a progressive prosecutor, and pairing up with Ocasio-Cortez on this type of legislation might help convince others of her support for the rights of those who have served their time.

As with many of the policies borne out of the War on Drugs, the ones that target people with criminal records disproportionately affect people of color. Black and white people use drugs at similar rates, but the imprisonment rate for black people is nearly six times higher than that of white people. “This legislation is one of many steps that need to be taken to repair our broken criminal justice system,” Ocasio-Cortez said. “The denial of basic necessities to formerly incarcerated people does not make our communities safer.”