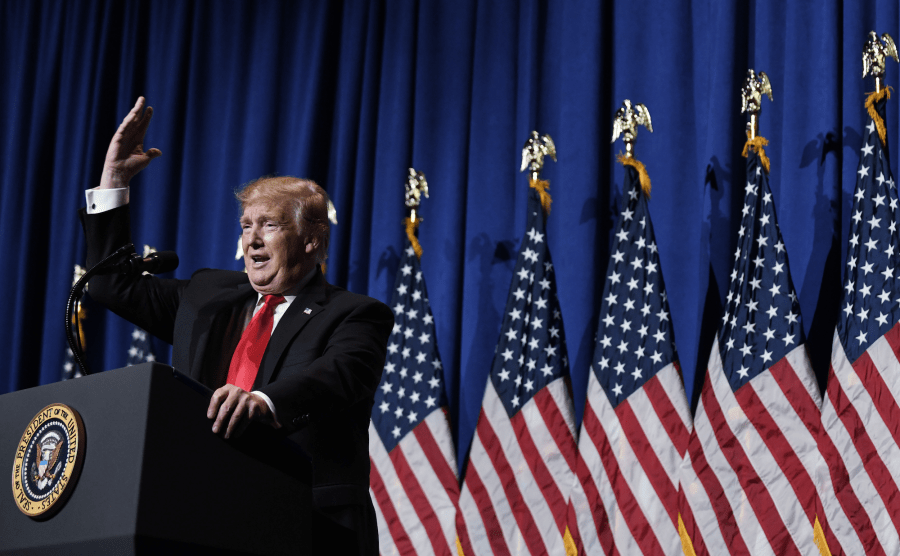 The morning after the New York Times reported that Deutsche Bank repeatedly dismissed concerns of suspicious activity, including potential money-laundering attempts by President Donald Trump and his son-in-law Jared Kushner in 2016 and 2017, Trump did his best to reject the latest investigation into his longstanding, fraught ties with the German bank.

“The Failing New York Times (it will pass away when I leave office in 6 years), and others of the Fake News Media, keep writing phony stories about how I didn’t use many banks because they didn’t want to do business with me. Wrong!” Trump began on Twitter.

He went on to falsely claim that he had never sought loans from other banks, despite his personal financial disclosures showing he has done exactly that, while continuing to amass more debt than any other president in US history. Trump then appeared to confirm one aspect of the Times‘ reporting, that he and Kushner often engaged in all-cash deals, some of which involved foreign entities. Trump asserted that this was evidence that he “doesn’t need banks.”

“No, I built a great business and don’t need banks, but if I did they would be there,” he tweeted.

In the scramble to defend the relationship with Deutsche Bank, Trump on Monday evidently left out some information, an error he blamed on Twitter. “Two Tweets missing from last batch, probably a Twitter error,” the president remarked. “No time for a redo! Only the Dems get redos!”

That apparent joke has since been deleted.

Last month, Trump and his family sued Deutsche Bank and Capital One in an effort to block Democrats from investigating their personal finances.