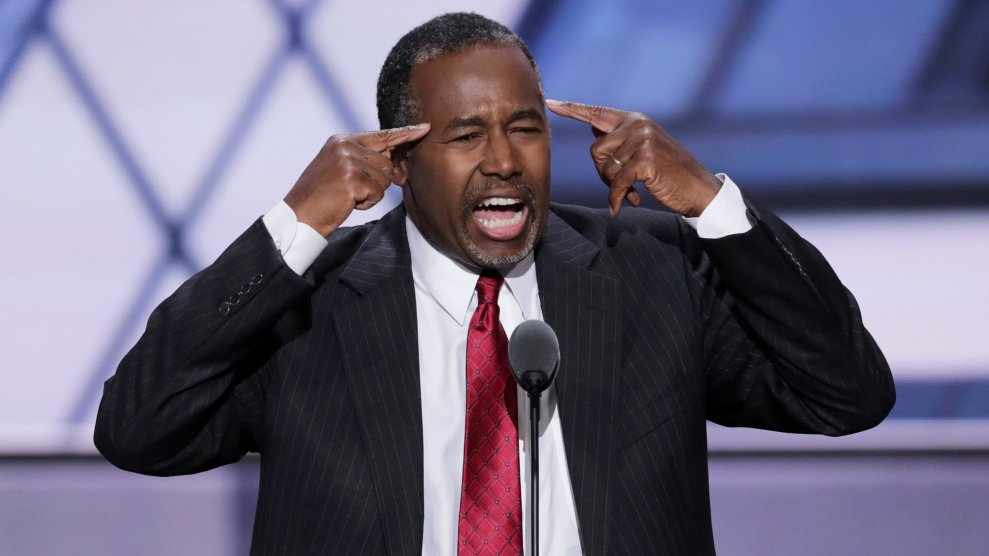 On Friday, the Department of Housing and Urban Development officially published its proposed rule to evict undocumented immigrants from public housing. Tens of thousands of children with US citizenship or legal status could be displaced.

“The cruelty of Secretary Carson’s proposal is breathtaking,” Diane Yentel, President and CEO of the National Low Income Housing Coalition said in a statement. “The harm it would inflict on children, families and communities is severe.”

Even though undocumented immigrants aren’t able to access government housing subsidies, mixed-status families in which there is at least one eligible member, like a child with US citizenship, are able to live in public housing. Federal subsidies only cover the eligible member of the household, but undocumented family members may live there as well. The Trump administration’s new rule, however, would require every member of the household to be eligible for federal subsidies—or the entire family faces eviction. According to HUD’s own regulatory impact analysis, this proposal could affect 76,000 people living in public housing—including 55,000 children—and lead to mixed-status families becoming temporarily homeless.

When HUD first proposed the rule last month, the agency said it was necessary to shorten years-long waitlists for American citizens, but in its analysis, the agency did acknowledge that this rule likely will not achieve that goal. The subsidies for mixed-status families are prorated so that they only cover the eligible member of the household. Because of this, those families are paying higher rents than households with occupants who are all American citizens or are legal residents. With the proposed rules, housing costs would increase substantially, because entire families would be eligible for subsidized rent. As HUD says in its analysis, the agency would be forced to reduce the quality and quantity of housing to make up for rising costs.

“There would be zero benefit to families on waiting lists,” Yentel said. “This proposal is another in a long line of attempts by the [Trump] administration to instill fear in immigrants throughout the country.”

In the analysis of the rule’s impact, HUD strikes an ominous note: “HUD expects the fear of the family being separated would lead to a prompt evacuation by most mixed-status families.” There will now be a 60-day period in which the public can comment on the proposed rule.