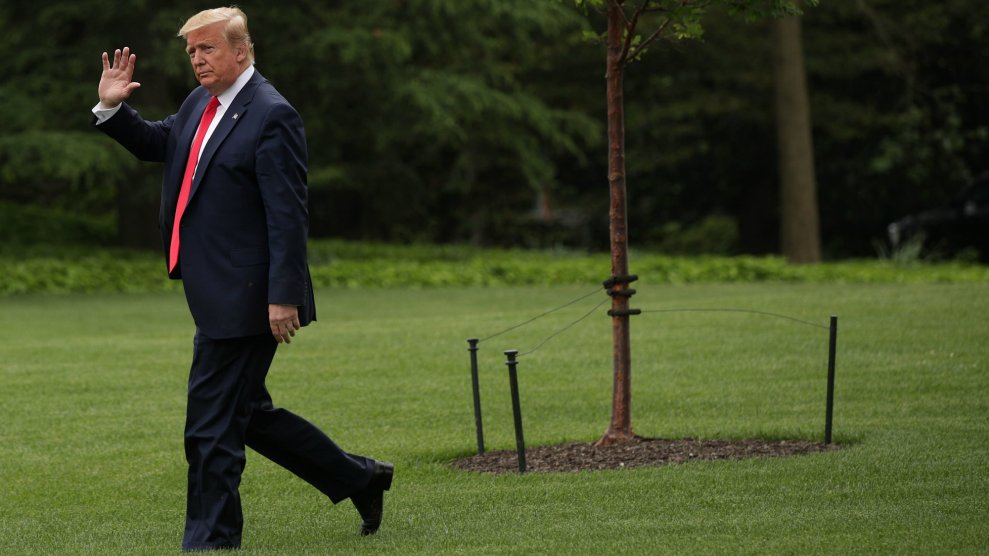 The FBI’s decision to investigate the Trump campaign’s ties to Russia “was not about Donald Trump but was about Russia.” That’s how Jim Baker, the bureau’s former general counsel, described the beginning of one of the most consequential probes in the law enforcement agency’s history.

Baker’s views on Russia, President Donald Trump, and his last several years in the spotlight were the subject of a piece he published Friday in Lawfare, a news site dedicated to national security. The FBI’s investigation was not “an effort to undermine or discredit President Trump,” but a step in a “decades-long effort” to combat Russian intelligence operations.

“It was always about Russia,” he wrote. “It was about what Russia was, and is, doing and planning.”

Baker, a perennial target of Trump on Twitter, has entered the public arena to refute the right-wing attacks and conspiracy theories aimed at former FBI Director James Comey, the FBI, and him personally for their roles in launching an investigation of the Trump campaign during the summer of 2016. The probe was eventually handed over to Special Counsel Robert Mueller, culminating in the guilty pleas of seven figures—including several close to Trump—and indictments of more than two dozen Russian nationals. Baker, who has spent more than two decades at the Justice Department across five presidential administrations, left the bureau last May after being reassigned by Christopher Wray, the FBI director who succeeded Comey.

“Given the fact we have been focused on the Russians as a threat actor for a long, long time and given what was going on with respective e-mail dumps and hacking and the connection with those to the Russians in that summer and then this thing drops,” Baker said Friday at a Brookings Institution event in Washington, DC. “I think it would’ve been malpractice, dereliction of duty, that it would have even been highly, highly inappropriate for us not to pursue it—and pursue it aggressively.” It was important for him to speak out now, he added during a Friday Lawfare podcast, “to reassure the American people” that the Russia probe “was done for legit reasons.” That is, there was no Deep State conspiracy to get Trump—and he was not part of anything such thing.

In October, Baker drew headlines for telling members of the House Oversight Committee of a remark Deputy Attorney General Rod Rosenstein made to then-Deputy FBI Director Andrew McCabe about secretly recording Trump, an event described the previous month in stories by the New York Times and Washington Post. At the time, Rosenstein called the story inaccurate and Justice Department officials framed his suggestion as a joke, but Baker dismissed that explanation in his congressional testimony. “We were stunned and surprised,” he said. “I don’t think people laughed it off as a joke.”

Despite the fact that Trump’s personal attacks on him has affected his life “negatively in numerous ways—both personally and professionally—over the past few years,” Baker wrote, he was attempting to “love Donald Trump as a human being.”

“I do not and will not respond to Donald Trump with hatred,” he noted. “Loving Donald Trump and loving his supporters is the best way for me to love America and to honor those who sacrificed so much for my freedom.”