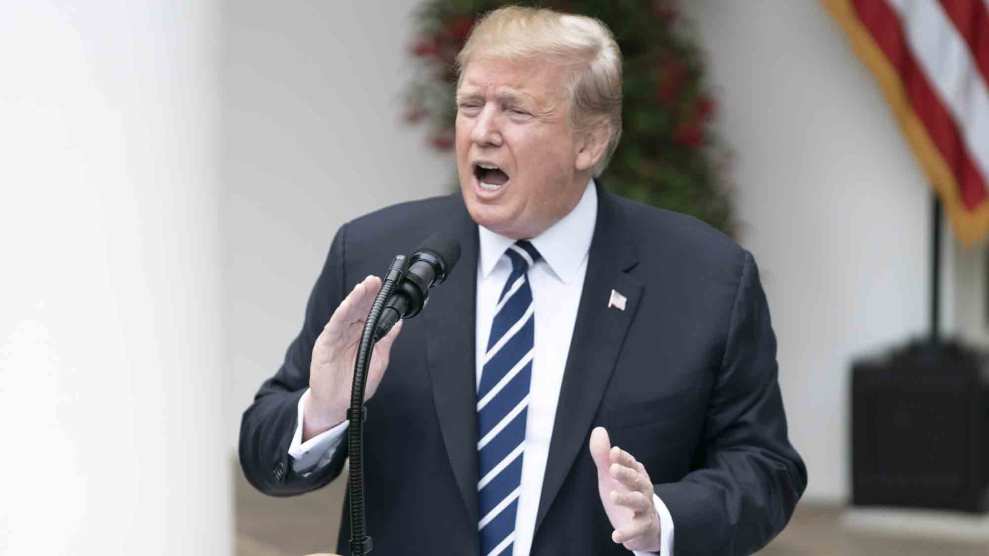 President Donald Trump’s effort to keep his tax returns out of the public eye will soon face a new obstacle, thanks to a bill passed Wednesday in New York state that would allow for years of the president’s personal and business state tax filings to be turned over to Congress.

The bill, first proposed last month, would allow New York officials to release the state returns of several different types of elected officials, including a president, to several House committees upon request. The legislation has been moving through the Democratic-majority state legislature parallel to a fight over Trump’s federal taxes that has continued to brew in Washington.

A confidential IRS memo concluded Trump’s tax returns must be turned over to Congress.

Earlier this month, Treasury Secretary Steven Mnuchin refused to release six years of Trump’s tax returns in response to a request by Democrats, who invoked a nearly-century old law entitling the House Ways and Means Committee to request any taxpayers’ filings. His response prompted the committee’s chair to issue a subpoena for the returns—escalating the Democrats’ years-long effort to unveil Trump’s taxes. This week, the Washington Post obtained a copy of a confidential Internal Revenue Service memo that concluded the tax returns must be turned over to Congress, barring an assertion of executive privilege by the president. During questioning by House democrats at a committee hearing on Wednesday, Mnuchin dismissed the memo’s analysis as irrelevant.

As Trump’s insistence on witholding the returns has grown, so has Democrats’ push to see them. During the 2016 election, he was the first major-party presidential nominee in nearly half a century not to release any of his returns. In 2017, he appeared to threaten to fire special counsel Robert Mueller if his investigation ventured into Trump’s or his family’s finances.

With the release of Trump’s federal tax returns held up by Mnuchin, the New York bill presents Democrats with an avenue to obtain his state tax returns, which typically contain much of the same information as federal filings. Democratic New York Gov. Andrew Cuomo is expected to sign the bill into law. Once enacted, its likely that Trump will sue over the law.