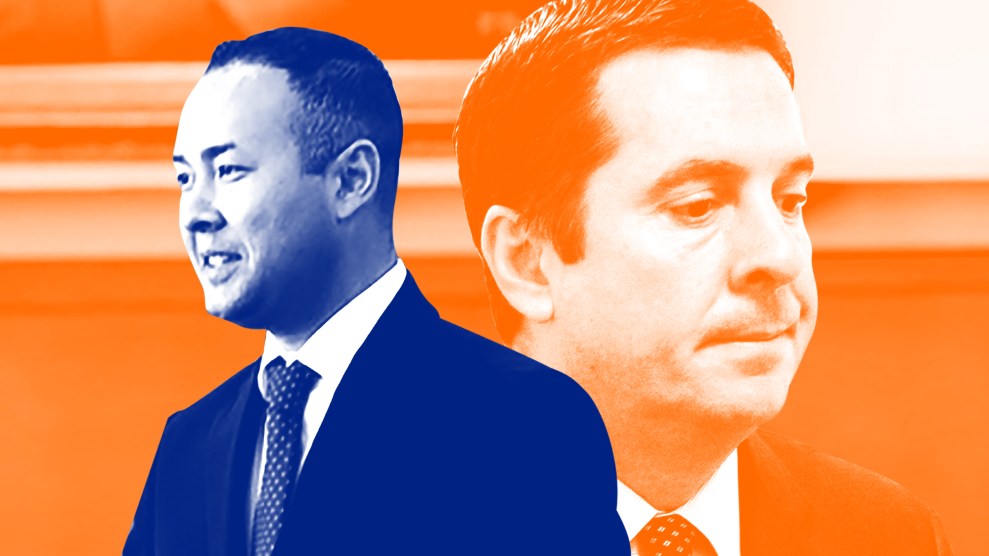 In 2018, Rep. Devin Nunes (R-Calif.) found himself in the reelection race of his life when Democratic challenger Andrew Janz, a 34-year-old Fresno prosecutor, launched a powerful grassroots campaign against him. Janz raised $9 million in the process, drawing national attention to his bid to unseat one of President Donald Trump’s main enablers in the House. Nunes won by just five points, the closest he’d ever come to being toppled from his Central Valley congressional post.

Since then, the Democratic Congressional Campaign Committee put Nunes on an early-target list for 2020, and speculation rose that Janz, perhaps with stronger DCCC backing, would run against Nunes again in 2020 to try to finish what he’d started. That speculation ended Thursday when Janz announced his intentions to take on Lee Brand, the mayor of Fresno, rather than run against Nunes in California’s 22nd Congressional District.

“What I learned during the congressional race is that Nunes has a lot of power in the Central Valley,” Janz told me. “I think that power is derived from this kingdom that he has created with a lot of local elected political officials, one of which is Lee Brand, the mayor of Fresno.”

Successfully taking on Nunes isn’t going to happen overnight, or perhaps not even over the course of one or two election seasons, Janz said. “To change the mindset of folks here in the Central Valley, we have to start going after some of these folks who are lower on the totem pole and really attack GOP political infrastructure at its core,” he said. “My decision was based in part on this idea that the fight against Devin Nunes is going to be a long-term one, and I think that we first need to lay the groundwork politically here in the Central Valley before we can make that a reality.”

The 2018 campaign brought a host of Nunes’ antics to light. He was crowned Trump’s most ardent “defender-in-chief” and likened to the bumbling Inspector Clouseau for his failed political stunts—recall his “midnight run” to the White House and his much-hyped, poorly sourced memo—leading another associate to call him “an overeager goofball.” Then there was his war on the press, during which he attacked the Fresno Bee as the Central Valley’s “propaganda machine” in a glossy, 38-page mailer and told a Bee reporter that he felt “bad for the people who work at the Bee” because it’s “sad.”

What hopes the Democrats had of toppling the congress member who made a name for himself by running interference for Trump may now be stalled. “Andrew Janz represented the Democratic Party’s best shot at Nunes’ seat, and since he fell short, that may dissuade other potential challengers from going down that road,” said Thomas Holyoke, a professor of political science at Fresno State University.

Holyoke noted that in every previous reelection effort, Nunes “dispatched his opponents” handily. “He’s considered pretty safe in that seat. It has heavy Republican registration. I think something highly unusual would have to happen to make that seat vulnerable,” he said.

As Janz well knows, the dynamics of the district are in Nunes’ favor. “I laid out a detailed plan for how I thought we could get more water and water storage here in the Central Valley, a traditionally sort of Republican position,” Janz said. “I supported Proposition 3, which would have generated $700 million worth of water projects in the Central Valley. I was in favor of that water bond; Nunes was against it. But you’d drive down Highway 99 and you’d see a sign supporting Devin Nunes, and right next to it a Proposition 3 sign. For a lot of folks, I think, they couldn’t move past the notion that a Democrat can actually be better on economic and infrastructure issues for the Central Valley. That’s something we’re going to have to push back on.”

Just because Janz won’t be running, doesn’t mean the Democrats have given up on the seat. Janz said he has been working with the DCCC to recruit candidates. In an emailed statement, DCCC spokesman Andy Orellana said, “As the 2018 Midterm elections showed in CA-22, Congressman Nunes is vulnerable and Democrats will not give him a pass in 2020 as he puts Trump’s misplaced priorities over the needs of his district…Voters in CA-22 will remember come Election Day that Nunes stands with special interests and Washington insiders instead of hard working Californians.”

Believing that, however, will take some convincing. “I don’t see it happening myself,” Holyoke said. “And I think Janz doesn’t see it either.”