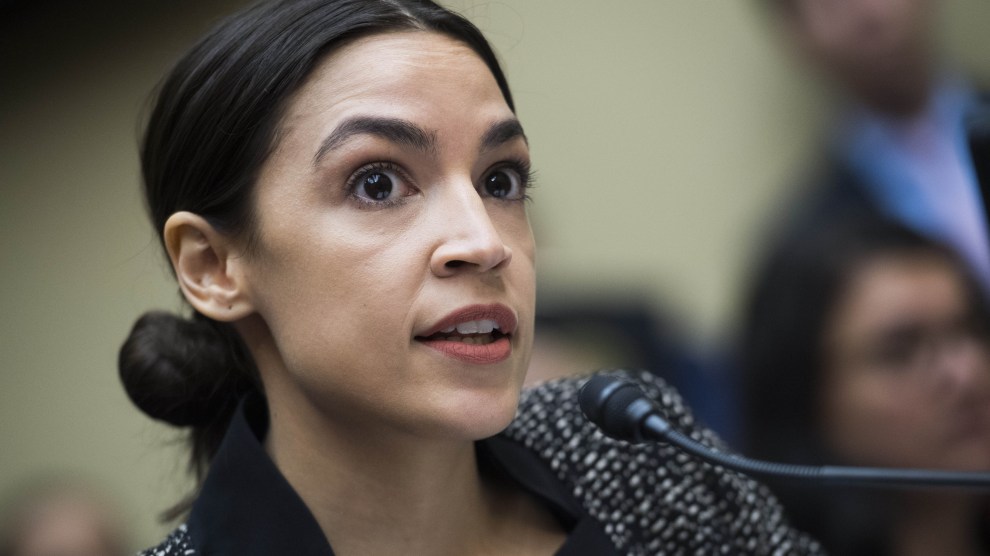 Alexandria Ocasio-Cortez has a knack for getting under conservatives’ skin. She happens to also be able to make them cry.

At a House Oversight and Reform Committee hearing Thursday, Ocasio-Cortez asked Daniel O’Day, chairman and CEO of the pharmaceutical company Gilead, why an HIV prevention drug costs nearly $2,000 a month in the United States but only $8 in Australia. Gilead said that the drug is still under patent protection in the US, but Ocasio-Cortez pointed out that the patent for the drug is owned by the public.

Ocasio-Cortez’s questions caused former Ted Cruz staffer Chip Roy, a Republican representative from Texas, to get visibly upset. Speaking about a medicine that he took to cure his Hodgkin’s lymphoma, Roy said private pharmaceutical companies deserve the profits they earn.

“To sit here and attack the capitalistic system that produces and distributes medicine to saving lives around the world, I mean, it is just offensive,” Roy said. Addressing Gilead, he added, “I hope you make a lot of money!”

.@AOC to Gilead CEO: The list price [for Truvada for PrEP] is almost $2,000 in the US. Why is it $8 in Australia? pic.twitter.com/kPnMQSZE0G

Rep. Chip Roy’s meltdown about profit is wild. Just wild. Never seen anything like it. pic.twitter.com/FrSKTzWGE0