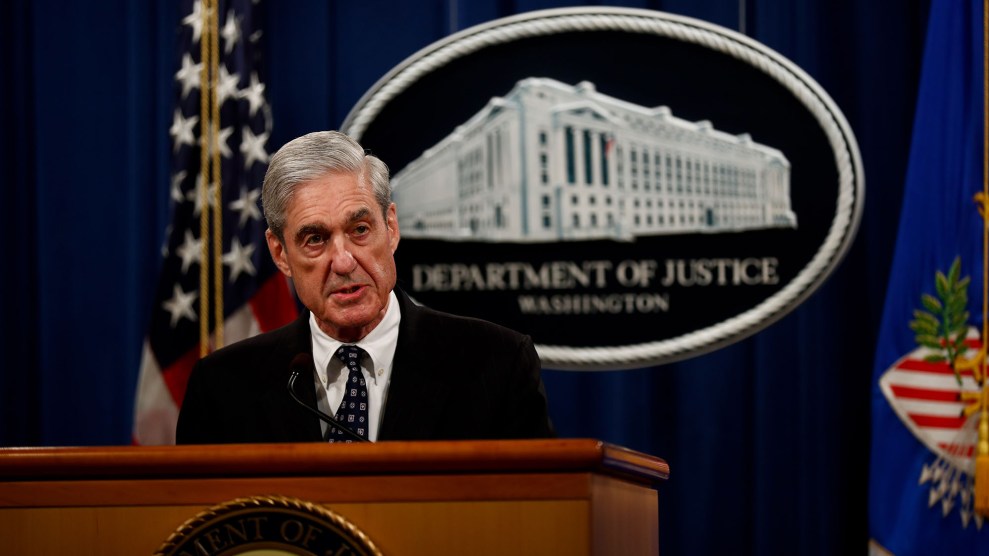 In a Wednesday morning press conference, special counsel Robert Mueller reiterated that his team had found insufficient evidence to accuse President Donald Trump of conspiring with Russia to influence the outcome of the election, but he did not rule out the possibility that the president had obstructed justice.

“If we had had confidence that the president clearly did not commit a crime, we would have said so,” Mueller said. “We did not, however, make a determination as to whether the president committed a crime.”

Mueller’s first public statement since the release of the report on his investigation highlighted the legal limits of the actions Mueller could take against the president.

“The Constitution requires a process other than the criminal justice system to formally accuse a sitting president of wrongdoing,” Mueller said. Many lawmakers took this statement as a suggestion for impeachment.

Justin Amash, a Republican representative from Michigan who has been outspoken against Trump, tweeted a call to action for his colleagues.

The ball is in our court, Congress. https://t.co/idpQo1xItH

Given that Special Counsel Mueller was unable to pursue criminal charges against the President, it falls to Congress to respond to the crimes, lies and other wrongdoing of President Trump – and we will do so. No one, not even the President of the United States, is above the law. https://t.co/w61a8rRQeK

Mueller’s statement makes clear what those who have read his report know: It is an impeachment referral, and it’s up to Congress to act. They should.

She also tweeted a video of herself reading from the Mueller report on the US Senate floor.

I read the Mueller Report. In fact, I re-read portions of it on the floor of the United States Senate. It should be crystal clear to anyone who read the report: Congress must hold the President accountable.https://t.co/lN32DJmKC5

What Robert Mueller basically did was return an impeachment referral. Now it is up to Congress to hold this president accountable.

We need to start impeachment proceedings. It's our constitutional obligation.

Trump, however, seemed to take Mueller’s statement of “insufficient evidence” as an exoneration.

Nothing changes from the Mueller Report. There was insufficient evidence and therefore, in our Country, a person is innocent. The case is closed! Thank you.