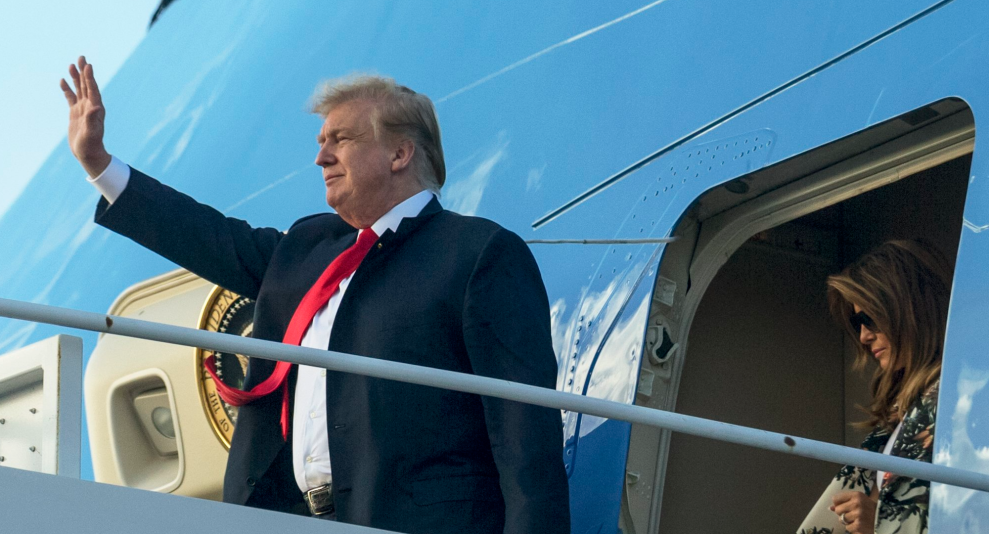 President Donald Trump on Wednesday warned Democrats against starting impeachment proceedings, declaring that he’d immediately challenge such a move in the Supreme Court. The president appeared to believe that Congress did not have the authority to impeach him because special counsel Robert Mueller did not conclude that Trump had engaged in criminal wrongdoing.

Mueller’s report, released last week, included substantial evidence suggesting Trump interfered with the Russia investigation, but it did not reach a conclusion as to whether the president had engaged in criminal obstruction of justice. The Mueller report “didn’t lay a glove on me,” Trump tweeted.

The Mueller Report, despite being written by Angry Democrats and Trump Haters, and with unlimited money behind it ($35,000,000), didn’t lay a glove on me. I DID NOTHING WRONG. If the partisan Dems ever tried to Impeach, I would first head to the U.S. Supreme Court. Not only……

…..are there no “High Crimes and Misdemeanors,” there are no Crimes by me at all. All of the Crimes were committed by Crooked Hillary, the Dems, the DNC and Dirty Cops – and we caught them in the act! We waited for Mueller and WON, so now the Dems look to Congress as last hope!

But Trump’s claims appear misguided, at best. Contrary to Trump’s thinking, Congress does indeed have the power to begin impeachment proceedings. Moreover, the Supreme Court would not be able to block Congress from the process, as legal experts quickly noted.

Trump’s tweets come as Democrats, including some 2020 candidates, have increasingly begun to talk about the possibility of impeachment. Elizabeth Warren and Kamala Harris both called on the House of Representatives to begin impeachment proceedings in the wake of the Mueller report.

Trump’s anger with Democrats also extends to their ongoing demands for his tax returns—requests the president has repeatedly dodged. The Treasury Department on Tuesday again missed a deadline to comply with House lawmakers’ request for six years of Trump’s tax returns.