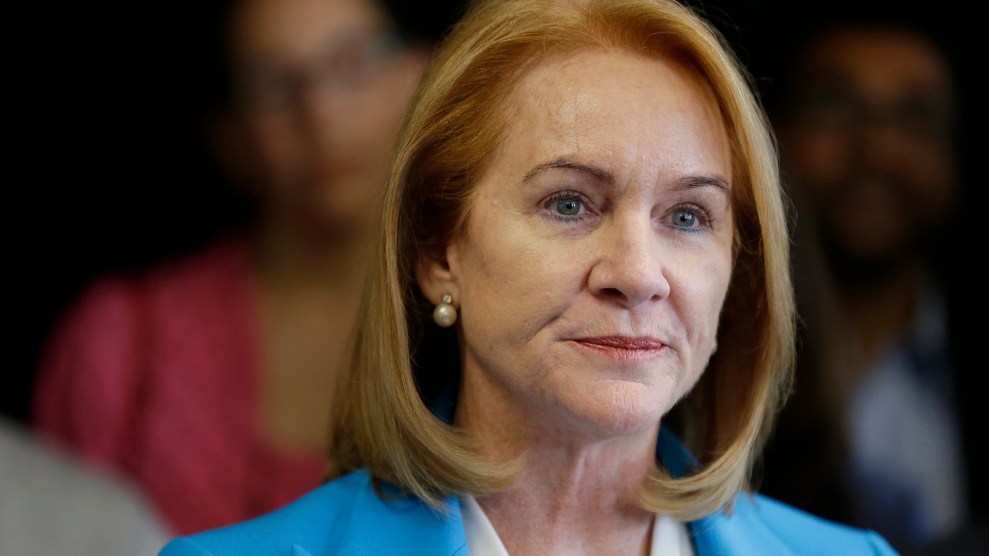 Jenny Durkan announces her candidacy for Seattle mayor in May 2017.Ted S. Warren/AP

On Friday, President Donald Trump said his administration was seriously considering sending undocumented immigrants caught along the border to sanctuary cities around the country as a way to punish Democrats who opposed his border wall. The proposal was first floated last year, as an influx of migrant families to the United States overwhelmed capacity at shelters and detention centers.

“Here’s a message to President Trump: Seattle is not afraid of immigrants and refugees.”

“We’ll bring them to sanctuary city areas and let that particular area take care of it,” Trump told reporters at the White House, referring to the cities and towns that restrict cooperation between local law enforcement and federal immigration officials. It’s unclear whether the administration will move forward with the plan—a homeland security official previously suggested the idea had been rejected, but a White House spokesperson Friday indicated it was still a possibility.

….The Radical Left always seems to have an Open Borders, Open Arms policy – so this should make them very happy!

Jenny Durkan, the Democratic mayor of Seattle, one of hundreds of jurisdictions that consider themselves sanctuary cities, hit back at the president with the perfect response in an op-ed Friday evening in the Washington Post.

Here’s a message to President Trump: Seattle is not afraid of immigrants and refugees. In fact, we have always welcomed people who have faced tremendous hardships around the world. Immigrants and refugees are part of Seattle’s heritage, and they will continue to make us the city of the future.

What does scare us? A president and federal government that would seek to weaponize a law enforcement agency to punish perceived political enemies. A would-be despot who thinks the rule of law does not apply to him…

It’s clear he hates the fact that the very cities he scorns are engines of innovation, opportunity and economic power. But we will not be deterred. The president’s threats won’t intimidate me as a mayor of a city with an open door, as a former federal prosecutor or as the granddaughter of a teenager who fled a war-torn, starving and impoverished country only to be welcomed in America.

This president believes that immigrants and refugees burden our country and burden cities like ours. But he could not be more wrong.

In Seattle, we know that our immigrant and refugee communities make our city a stronger, more vibrant place. Our immigrant neighbors make up more than 18 percent of our population, and 21 percent of our population speaks a language other than English at home. They create businesses and jobs. They create art and culture. They help teach our kids, serve in law enforcement and the military, and lead our places of faith…

Our city has already taken on this president and won. When Trump and the Justice Department threatened to withhold federal funding over our policies, we beat him in court. When he announced his cruel plan to separate children and families, Democratic mayors stood up to say we are better than this as a country.

So if this president wants to send immigrants and refugees to Seattle and other welcoming cities, let me be clear: We will do what we have always done, and we will be stronger for it. And it will only strengthen our commitment to fighting for the dignity of every person. We will not allow any administration to use the power of America to destroy the promise of America.

Read the whole op-ed here. And check out our previous coverage of how sanctuary cities are actually safer.