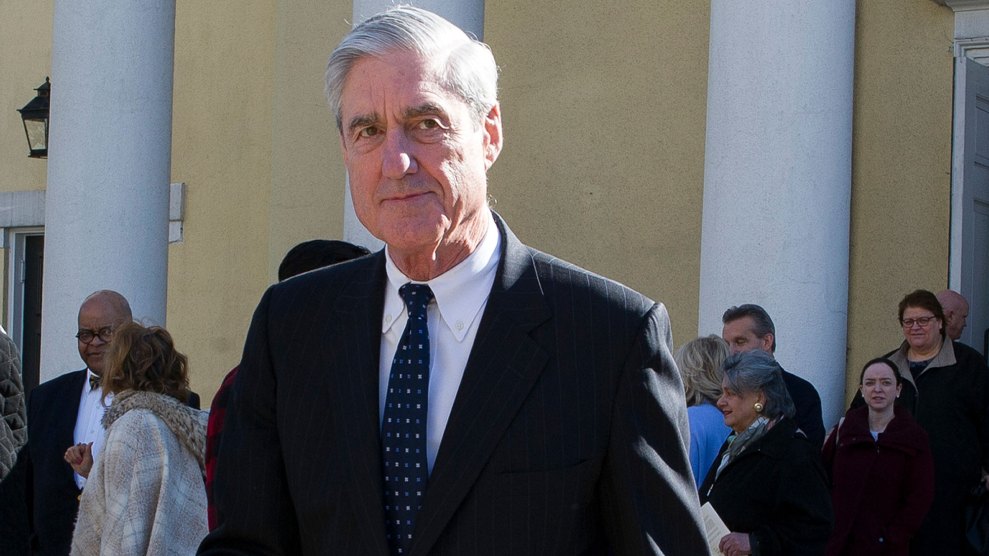 The Washington Post reported that Mueller sent the letter to the Justice Department days after Barr released a letter of his own announcing that members of the Trump campaign and Russian officials did not conspire to interfere in the 2016 election and that there wasn’t enough evidence to support a charge that the president obstructed justice.

“The summary letter the Department sent to Congress and released to the public late in the afternoon of March 24 did not fully capture the context, nature, and substance of this office’s work and conclusions,” Mueller wrote, according to a copy seen by the Post. “There is now public confusion about critical aspects of the results of our investigation. This threatens to undermine a central purpose for which the Department appointed the Special Counsel: to assure full public confidence in the outcome of the investigations.”

As the Post adds, “The letter made a key request: that Barr release the 448-page report’s introductions and executive summaries, and made some initial suggested redactions for doing so, according to Justice Department officials.” It also reports that Barr and Mueller spoke on the phone after Mueller sent the letter.

A Justice Department spokesperson told the Times that though Mueller said “nothing in the attorney general’s March 24 letter was inaccurate or misleading,” the special counsel “expressed frustration over the lack of context and the resulting media coverage regarding the special counsel’s obstruction analysis” that arose after its release.

The new revelation comes just a day before Barr is supposed to testify before the Senate Judiciary Committee, and two days before he’s expected to appear before a tougher crowd at the Democrat-led House Judiciary Committee (though that hearing is now in doubt due to disagreements over its format).