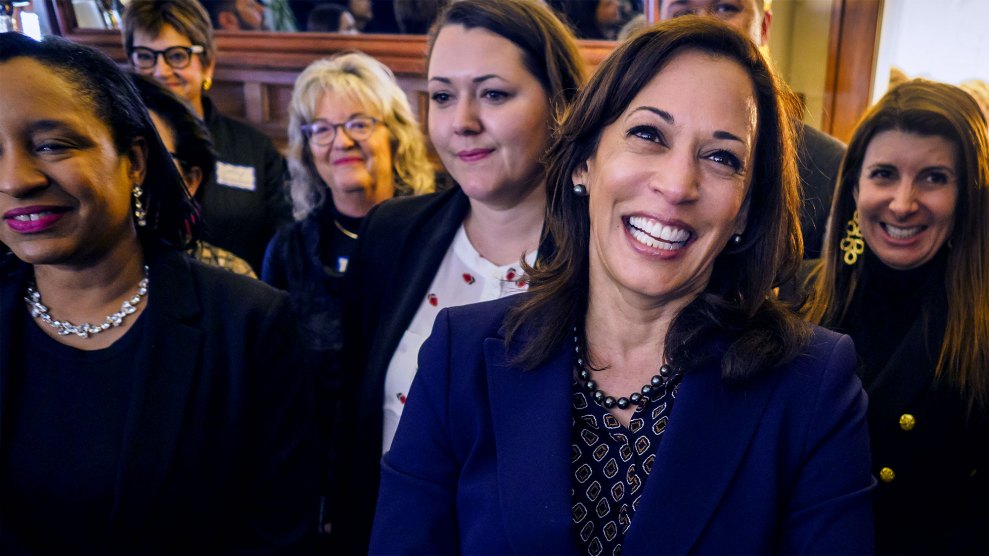 Sen. Kamala Harris (D-Calif.) released 15 years of her tax returns on Sunday morning, the latest in a steady trickle of Democratic presidential candidates to make the financial disclosure.

According to her returns, Harris and her husband lawyer Douglas Emhoff made nearly $1.9 million together in 2018. Harris reported an income of $157,000 from her position as a US senator; she also earned $320,000 from her book. Emhoff’s income was reported at $1.5 million.

So far, only five Democratic presidential candidates have released their tax history, a long-held custom going back decades among those running for president. Sen. Bernie Sanders, who has been outspoken in his demands for President Donald Trump to release his tax history, is perhaps the most notable exception, though he has promised to finally to do so tomorrow, on Tax Day.

As for Trump, he continues to reject Democrats’ demands to release his returns. On Sunday, White House press secretary Sarah Huckabee Sanders insisted that Congress was “not smart enough” to review the president’s taxes. House Ways and Means Committee Chairman Richard Neal last week gave the Treasury Department until April 23 to comply with the committee’s request, before it considers issuing a subpoena for the documents.