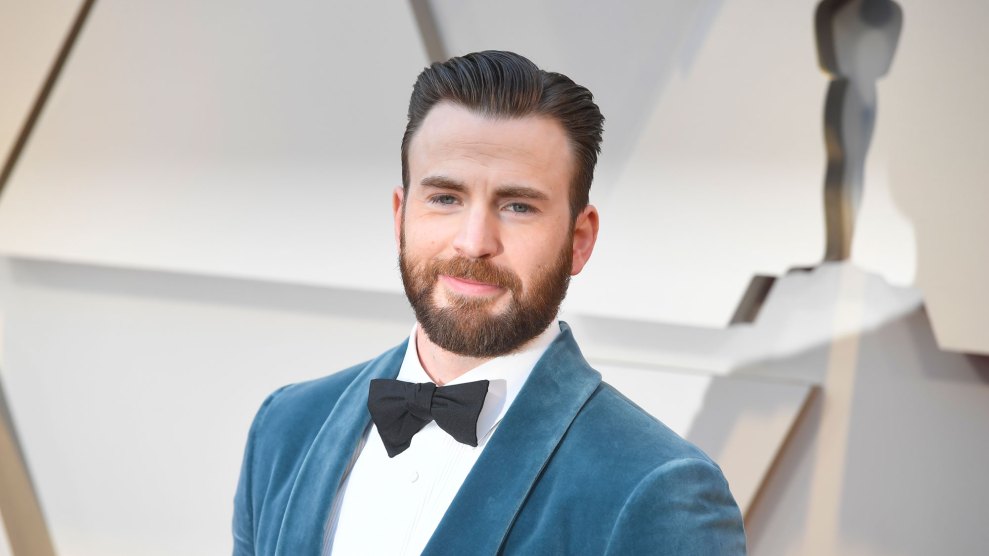 Actor Chris Evans—who plays Captain America in various Marvel movies, and ranks somewhere between first and fourth in most people’s “Chris” rankings*—has a new plan to fix politics, and it looks suspiciously like many things you’ve seen before.

Evans’ idea is reportedly called “A Starting Point,” an online platform where members of Congress from both parties are asked questions about a specific issue and they can explain, in one minute or less, what they think about it. In a video obtained by CNN, Evans briefs various members about his plans, including Reps. Dan Crenshaw (R-Texas), Thomas Massie (R-Ky.), Ro Khanna (D-Calif), and Rosa DeLauro (D-Conn.), and presidential contenders like Sens. Cory Booker (D-N.J.) and Amy Klobuchar (D-Minn.), and they seem enthusiastic about the idea. And really, why wouldn’t they, since, as Evans explains, “you can do [answers] as many times as you want. If you don’t like any of ’em, we’ll skip ’em.”

Evans has assessed the situation in Washington and properly concluded that things are Not Good, and he certainly seems to mean well. But if members of Congress are enthusiastic about chipping in, perhaps it’s because delivering 30-second messages about policy topics is what many of them literally do all day already (okay that’s not fair—fundraising is what they do all day), and there’s no shortage of platforms by which they can do it—CNN, C-Span, Twitter, standing on things, their own TV ads. Rapid-fire messaging, unchecked, is a solution to fixing what’s wrong with politics that looks suspiciously like one of the problems.

A bigger issue, now and forever, is that many members of Congress have bad ideas, or won’t articulate their real ideas beyond a one-minute or 30-second soundbite. And educating voters about that requires more than just asking Congress—you have to dig into what they’re saying and why they’re saying that, and you need reporters to do it. Pretty much the opposite of letting members of Congress pick and choose what kind of questions they want to answer. As of 2016, 21 states didn’t have a single full-time reporter in DC covering Congress. If Chris Evans wants to take on that, I’ll never make fun of Infinity War again.