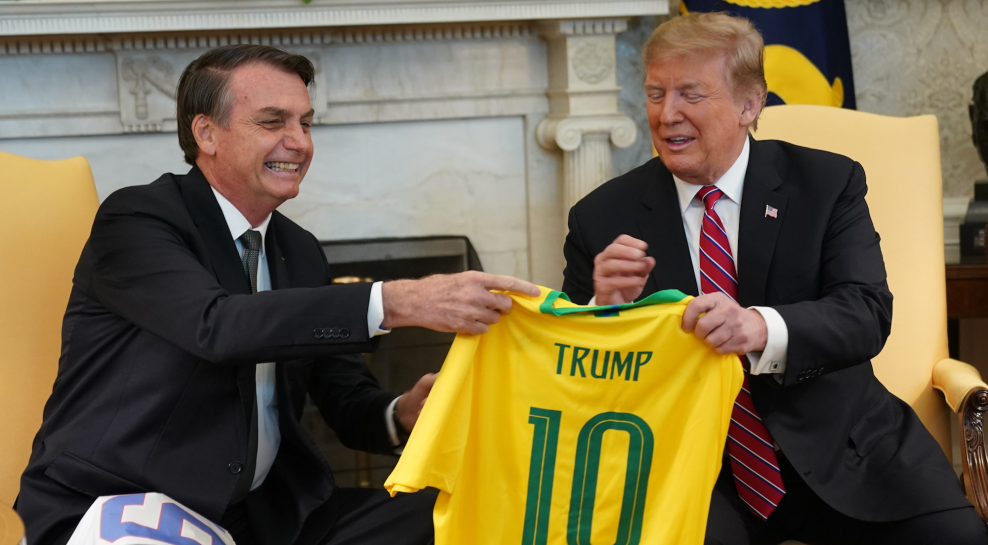 Adding a diplomatic spin to his repeated praise for Brazil’s authoritarian leader Jair Bolsonaro, President Donald Trump on Tuesday said that he intended to give Brazil the designation of “major non-NATO ally”—a status that would extend some of the alliance’s economic and military privileges to the South American country.

“We had a great meeting today,” Trump said in a joint press conference alongside Bolsonaro from the Rose Garden. “As I told President Bolsonaro, I also intend to designate Brazil as a major non-NATO ally, or even possibly, if you start thinking about it, maybe a NATO ally.”

Perhaps recognizing the significant diplomatic hurdles that would likely hinder the latter proposal, Trump added, “Have to talk a lot of people but maybe a NATO ally, which will greatly advance security and cooperation between our countries.”

It was an unusual suggestion by a president who has repeatedly expressed his antipathy towards the nearly 70-year-old alliance, from threatening to withdraw the US, to making an international spectacle out of its annual summit by publicly insulting its members and claiming they’ve failed to carry their weight in defense spending.

Trump’s push to offer NATO privileges to Brazil further extended the love-fest between the two leaders, whose exchanges have focused on mutual admiration. During the Rose Garden press conference, Trump repeatedly praised the Brazilian leader, who has been called the “Brazilian Trump.”

In another nod to building stronger ties with the largest country in South America, Trump on Tuesday also said that he supported Bolsonaro’s efforts to join the Organization for Economic Cooperation and Development, an international organization focused on economic progress.