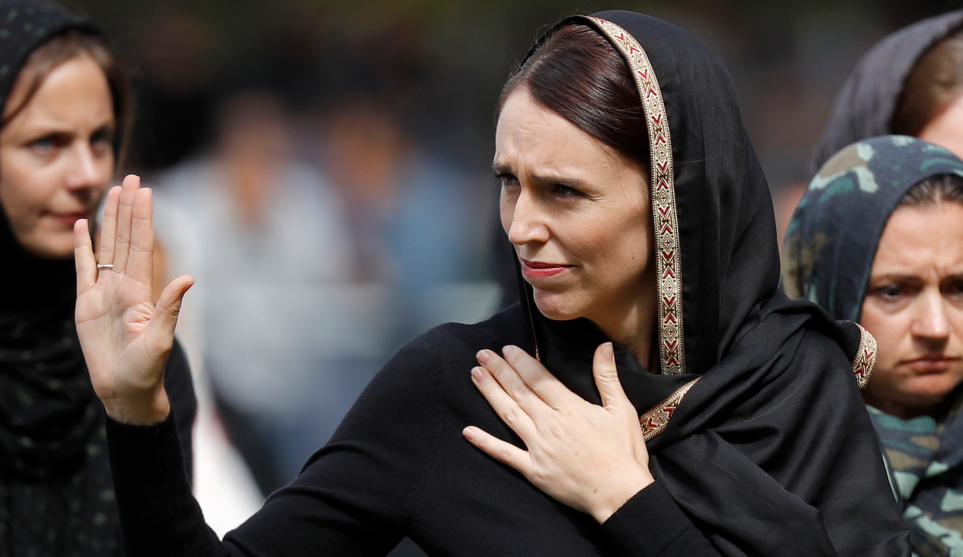 New Zealanders on Friday observed the Muslim call to prayer to honor the 50 people killed in the Christchurch mosque shootings, a powerful moment of solidarity that took place at 1:30 pm local time, almost exactly the time the attack was first reported last week.

The call was followed by a two-minute moment of silence led by Prime Minister Jacinda Ardern, who participated in the national day of reflection from Hagley Park, near where the massacre took place, alongside thousands of mourners that included some wounded victims.

“New Zealand mourns with you,” Ardern said on Friday. “We are one.”

The events were broadcast on television stations nationwide, with female anchors donning hijabs to show support for the victims. Women across the country similarly wore headscarves to offer their solidarity.

NewZealand paused today at 1.30 pm with a call to prayer (Adhan) and two minutes’ silence to remember those who were massacred and injured in last Friday’s attack in #Christchurch pic.twitter.com/zL6sFAuLSg

“Last Friday, I stood in this mosque and saw hatred and rage in the eyes of the terrorist,” Imam Gamal Fouda told the crowd at Hagley Park. “Today from the same place I look out and I see the love and compassion in the eyes of thousands of New Zealanders and human beings from around the globe.”

Heart warming to be part of the huge crowd at the call to prayer in #Christchurch today outside Al Noor mosque in solidarity with our muslim sisters and brothers. Imam Gamal Fouda said “We are heartbroken but we are not broken.” pic.twitter.com/peybV1J95c

Difficult to put into words the scenes we saw today as New Zealand marked the one week anniversary of the #Christchurch mosque massacres. For me it’s this photo I took shortly after prayers ended — to me it sums up how the nation has responded to the gunman’s race hatred 🇳🇿 🕌 pic.twitter.com/2KBiYXvaXu