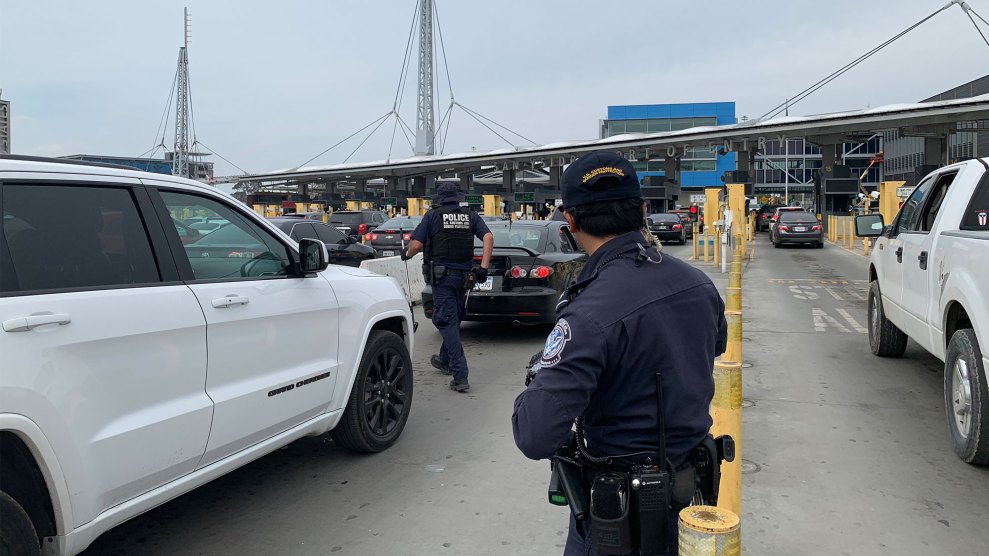 When I visited Nicole Ramos, an American immigration lawyer, at the Tijuana offices of the legal aid group Al Otro Lado last week, she told me she was worried she was being targeted by the US government for special monitoring. She’s a director of the organization, which assists asylum-seekers and other migrants, and her two co-directors had already been denied entry into Mexico because of “migratory alerts” placed on their passports. Ramos didn’t know whether there was an alert on her passport and said she was afraid to leave Mexico because she might not be allowed to return. She suspected there might be a watchlist for people doing migrant aid work.

Now we know that there is. And not only is there a watchlist: The US government has created a detailed dossier on Ramos and 55 other people working on immigration issues.

Leaked documents obtained by a San Diego NBC affiliate show that government officials have been gathering intelligence on journalists, activists, and lawyers in a secret database.

Most of the 56 people on the watchlist are US citizens whose work has been connected to the caravan of Central American migrants that arrived in Tijuana last fall. The database includes each person’s name, date of birth, and nationality. It says whether there was an alert placed on the person’s passport and lists each person’s “role” as media, instigator, or organizer.

In Ramos’ case, the dossier contains an unsettling level of detail, including her vehicle’s make and model, her personal email address, her mother’s name, and her travel history. It does not, however, list her as having an alert on her passport—although the leaked version of the list is from January 9, so that might have changed.

Ramos told me last week before the existence of the watchlist was confirmed that she’d faced increasing harassment by US government officials. She recounted the numerous times immigration officials had scrutinized her at the border crossing between Tijuana and San Diego and said her trusted-traveler SENTRI pass had been revoked.

Ramos, a US citizen, said this type of harassment had increased significantly since Donald Trump became president. The intimidation reached a new level in late January, when the two other co-directors of Al Otro Lado were denied entry to Mexico from the United States. On January 29, Erika Pinheiro was attempting to cross into Tijuana by foot when Mexican immigration officials stopped her. Two days later, Nora Phillips was detained by Mexican immigration officials at the Guadalajara airport when her flight landed. They were both told that a foreign government had placed alerts on their passports, and they returned to the United States. Until the existence of the secret database was confirmed Wednesday, they didn’t know which government had issued the alerts.

US Customs and Border Protection says in a statement that the agency has policies that “prohibit discrimination against arriving travelers and has specific provisions regarding encounters with journalists.” The agency is conducting an inquiry to make sure these policies have been followed. “In response to recent incidents in November 2018 and January of this year, which included assaults against Border Patrol Agents, CBP identified individuals who may have information relating to the instigators and/or organizers of these attacks,” the agency says. “Efforts to gather this type of information are a standard law enforcement practice. CBP does not target journalists for inspection based on their occupation or their reporting.”

This story has been updated to include a new statement from Customs and Border Protection.