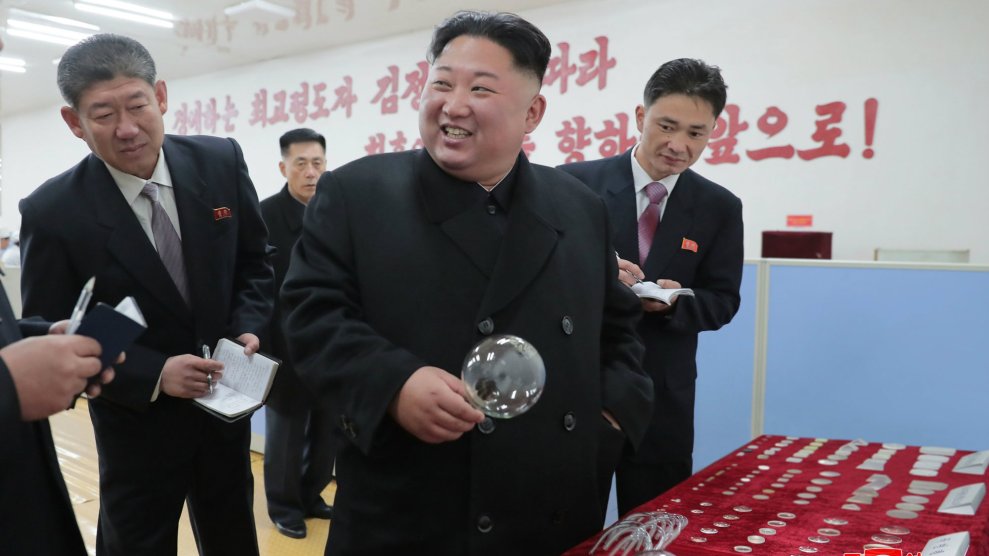 The first summit between President Donald Trump and North Korean dictator Kim Jong Un last June was historic. Never before had a sitting US president met face-to-face with the leader of North Korea, a country that once threatened to burn Manhattan “down to ashes” with a hydrogen bomb. The event was perfect for a president who loves to reduce even the thorniest political issues down to “winning” or “losing.” By meeting Kim, Trump could claim an achievement that had eluded all of his predecessors, free from the pressure of a perfect first summit. As Tod Lindberg, a fellow at the conservative Hudson Institute, put it, “You only get one first date.”

During this next go-around in Vietnam, Trump and his negotiating team face a more daunting task: extracting some specific concessions from an isolated regime with virtually no track record of cooperating with the West. Perhaps anticipating this difficulty, Trump has tried to dramatically reduce the expectations for this encore meeting.

After proclaiming the end of North Korea as a nuclear threat after last year’s Singapore summit, Trump recently said he is in “no rush” for Kim to give up his nuclear weapons. “I have no pressing timetable,” he said. A senior administration official, who spoke with reporters in a conference call last week on the condition of anonymity, was similarly vague: “We believe there’s a possibility that North Korea can make a choice to fully denuclearize.” So far, Kim’s actions belie that possibility. Despite pledging to “work toward complete denuclearization of the Korean Peninsula” in Singapore, North Korea has spent the last several months producing more ballistic missiles and improving its signature nuclear research facility.

This lack of progress poses a vexing problem for Trump, whose current diplomatic approach bears little resemblance to the “maximum pressure” he placed on Kim two years ago. “No regime has oppressed its own citizens more totally or brutally than the cruel dictatorship in North Korea,” he said during his first State of the Union address last year. Melania Trump’s guests for that speech included North Korean defector Ji Seong-ho and the parents of Otto Warmbier, the college student who was imprisoned in North Korea for more than a year. The treatment of Warmbier, who died upon returning to the United States in June 2017 with severe brain damage, became a cornerstone of Trump’s public campaign against Kim. “Otto was tortured beyond belief by North Korea,” Trump said at the time on Twitter. The two leaders embarked on a war of words that autumn. After Trump mockingly called his North Korean counterpart “Rocket Man” in a speech at the United Nations and threatened to “totally destroy” his regime, Kim slimed Trump as a “mentally deranged U.S. dotard.”

Ever since their meeting in Singapore, though, Trump has had nothing but nice things to say about his onetime sparring partner. Kim “loves his people,” Trump claimed, even as the UN has accused the thirtysomething dictator of “systematic, widespread and gross human rights violations.” The United States has a long bipartisan tradition of allying itself with authoritarian leaders under the right circumstance, but Trump’s about-face on Kim was stark both for its suddenness and how little Trump seemed to be getting in return for his flattery.

North Korea has not conducted a missile test in more than a year, but even Trump’s own intelligence advisers have rejected the claim that Kim is moving toward denuclearization. This difference of opinion became obvious when Director of National Intelligence Dan Coats submitted the annual worldwide threat assessment to Congress last month. “North Korea retains its WMD capabilities, and the [intelligence community] continues to assess that it is unlikely to give up all of its WMD stockpiles, delivery systems, and production capabilities,” the report states.

South Korean President Moon Jae-in, a former human rights lawyer, has also barely mentioned Kim’s horrific human rights record as dialogue has picked up between the North and South. But Moon has not lionized Kim to the same degree as Trump, who famously said last fall on the campaign trail that he and the North Korean dictator “fell in love.” These kind of statements, even if directed toward some strategic purpose, are unnerving to most seasoned watchers of Pyongyang-Washington relations. “I’m appalled by some of the ways the language has been used,” says Kathleen Stephens, the former US ambassador to South Korea who now leads the Korea Economic Institute of America. “I don’t think it’s helpful to building the relationship.”

“I’m appalled by some of the ways the language has been used. I don’t think it’s helpful to building the relationship.”

Supporters of Trump’s approach believe it is pragmatic to focus on denuclearization at the expense of human rights. During a speech last month at Stanford University, Stephen Biegun, Trump’s envoy to North Korea, identified the administration’s top priority as “the final, fully verified denuclearization of North Korea.” That strategy has won over converts like Lindberg, who praised Biegun’s approach in a recent Wall Street Journal op-ed (which the White House promptly blasted out in an email to reporters). “The North Korean government is truly monstrous,” Lindberg wrote, “but the most dangerous problem it poses comes from its nuclear-weapons programs, and US diplomacy must concentrate there.”

Denuclearization makes for an aggressive goal, but North Korea could deny Trump an apparent foreign policy victory by continuing to stonewall. Trump’s frank admission that he is in “no rush” seems to anticipate this possibility, as has the inclusion of a whole host of other issues that American negotiators are reportedly planning to bring up in Vietnam. In addition to a request for North Korea to shut down production at its Yongbyon nuclear facility, Trump is expected to push for Kim to return more remains of American troops killed during the Korean War, Vox reported this week. Over the past year, North Korea has sent over the remains of 55 US soldiers, but thousands remain on the Korean Peninsula. The repatriation of more US service members would be an achievement for Trump, but not exactly a novel one. At the conclusion of their summit in June, Kim and Trump issued a joint statement that included a commitment to recovering these remains. If the agreement Trump crafts with Kim in Vietnam is just a reprise of the statement both leaders signed in Singapore, it leaves open the question of whether these months of flattery have been for naught.

Andrei Lankov, a North Korea expert who teaches at Kookmin University in Seoul, has one theory. In the run-up to a fierce reelection fight next year, Trump “hopes to win a Nobel Prize, and ‘success’ in dealing with North Korea could be seen as a very good justification for this award,” Lankov wrote earlier this month for the independent media outlet NK News. Days after Lankov’s article was published, the Japanese newspaper Asahi Shimbun reported that Shinzo Abe, Japan’s prime minister, had nominated Trump for a Nobel Peace Prize at the US government’s request. Trump offered his own explanation for the nomination at a White House press conference. “He had missiles flying over Japan. They had alarms going off,” Trump said. “Now, all of a sudden they feel good. They feel safe. I did that.”

While Trump cannot claim to have denuclearized the peninsula yet, he has undoubtedly created an opportunity for serious diplomacy with North Korea. The meeting will reveal if he will be able to extract the concessions needed to push the negotiations forward, or will just spin another stalemate as a victory.