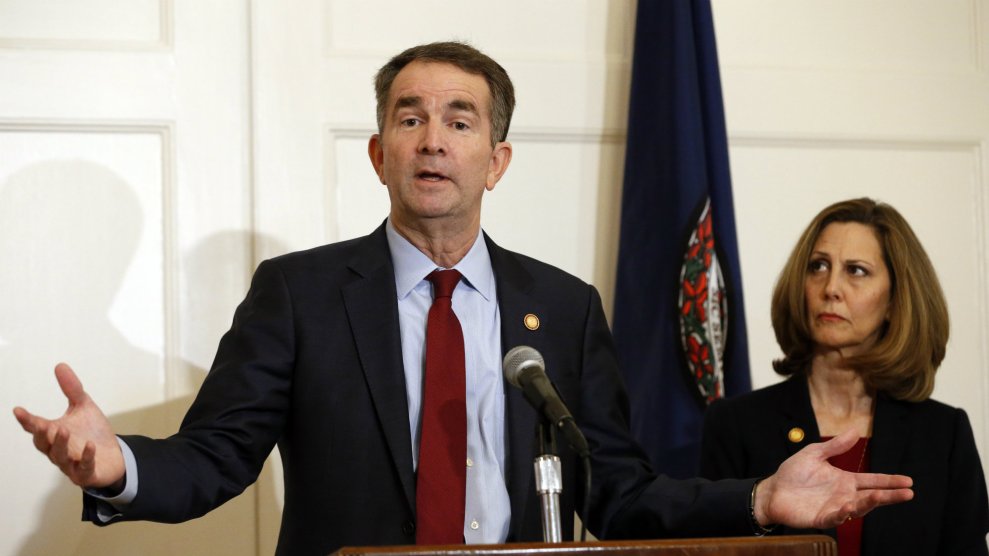 Democratic Gov. Ralph Northam has been facing calls to resign since a photo of a man in blackface and another in a Ku Klux Klan hood in his medical school yearbook surfaced earlier this month. After apologizing for the photo, then backtracking and saying he wasn’t in the photo at all, and then admitting that he donned blackface in 1984 for a Michael Jackson dance contest, the Virginia governor is now saying he has no plans to resign.

“Right now Virginia needs someone that can heal. There’s no better person to do that than a doctor,” Northam said Sunday in an appearance on CBS This Morning.

Virginia Gov. Ralph Northam: "We are now at the 400-year anniversary — just 90 miles from here in 1619. The first indentured servants from Africa landed on our shores in Old Point Comfort, what we call now Fort Monroe, and while—"@GayleKing: "Also known as slavery" pic.twitter.com/AiX96MU1rJ

In the immediate aftermath of the controversy, Virginia Democrats called on Northam to resign and allow Lieutenant Gov. Justin Fairfax, a black man, to take his place.

But then Vanessa Tyson, a college professor, accused Fairfax of sexually assaulting her in 2004 at the Democratic National Convention, an allegation Fairfax denied. A second woman, Meredith Watson, accused Fairfax of sexually assaulting her in 2000, while they were undergrads at Duke University. The Lt. Gov. retained the the same lawyers who represented Supreme Court Justice Brett Kavanaugh, who was accused of sexually abusing Dr. Christine Ford while the two were high school students. On Sunday, Fairfax called on the FBI to investigate.

The next in line, should both Northam and Fairfax step aside, is Attorney General Mark Herring. But shortly after the allegations against Fairfax were made public, Herring admitted that, he too, wore blackface in the 1980s.

The Virginia Black Legislative Caucus has called for the resignations of both Gov. Northam and Lt. Gov. Fairfax. Gov. Northam has, however, earned the support of the National Black Farmers Association.

John, I enjoyed hearing from you today. Thank you for your great work on behalf of Black farmers. https://t.co/xShKsVHLq0

Now, with the state at a crossroads, Northam believes that he can be the one to lead Virginia in grappling with its own racist history. “I have thought about resigning, but I’ve also thought about what Virginia needs right now,” he said on Sunday. “And I really think that I’m in a position where I can take Virginia to the next level and it will be very positive.”