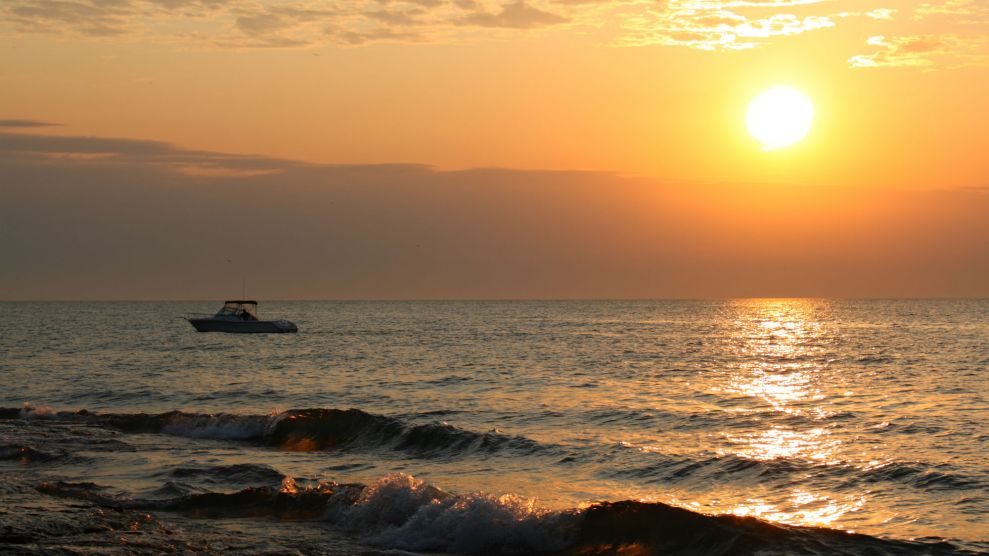 In a special election Tuesday night, the city of Toledo, Ohio, passed an amendment to the city charter granting legal rights to Lake Erie and its watershed. More than 60 percent of voters cast ballots in favor of the amendment, the so-called Lake Erie Bill of Rights. As I’ve previously reported, the amendment would have huge implications, in allowing people to sue polluters on the lake’s behalf:

If passed, LEBOR would authorize individuals to bring lawsuits against activities that infringe upon Lake Erie’s potential right to “exist, flourish, and naturally evolve”—including pollution from farming activities. It would also put Toledo right in line with a growing global movement on the rights of nature. Ecuador and Bolivia already have national nature-rights laws on the books, and similar local laws have been established in Brazil.

But the measure will almost certainly face legal challenges:

Industry, though, has unsurprisingly provided the strongest pushback to LEBOR—specifically the farmers and agriculture companies in the area. Yvonne Lesicko, vice president of public policy at the Ohio Farm Bureau, claims LEBOR is simply unenforceable—because runoff pollution is difficult to trace back to one source—and she argues that it’s also unconstitutional because it would allow Toledoans to sue any business connected to the Lake Erie watershed, including those outside the city.

“We are looking at every possible legal option at this point,” says Lesicko. “We have not made any decisions about how we’re going to proceed [if it passes], but I would say every legal option is on the table right now.”

The measure is part of a broader trend granting rights to nature, but its the first to do so for a body of water.