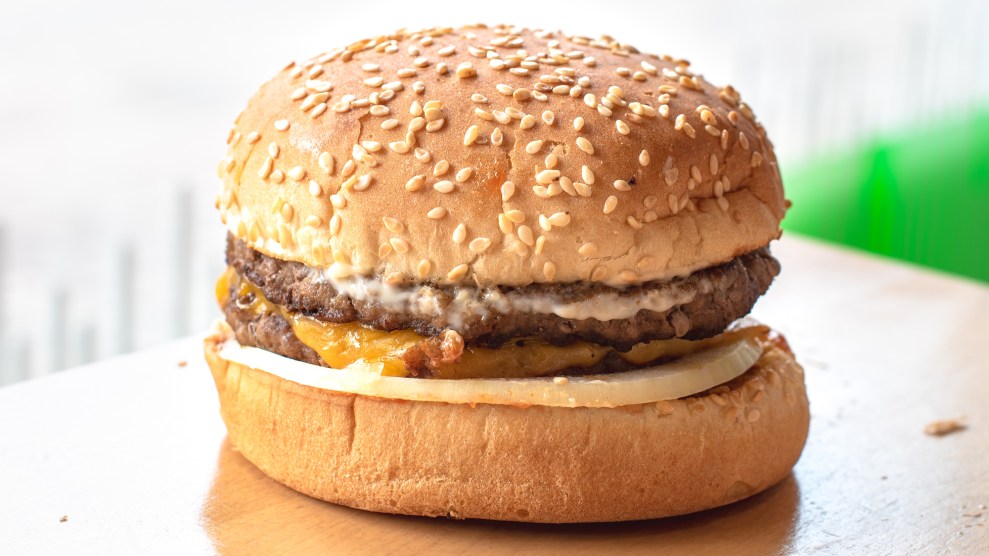 The Republicans gathered this week for the annual Conservative Political Action Conference outside Washington are seeing creeping socialism everywhere. Speaker after speaker warned on Thursday that people like Rep. Alexandria Ocasio-Cortez (D-N.Y.) and Sen. Bernie Sanders (I-Vt.) were ushering in a dangerous era, particularly with their proposals to combat climate change that would lead to food lines like those in Venezuela and an assault on all that Americans hold dear. Like cheeseburgers.

Speakers including Charlie Kirk, the founder of the conservative student group Turning Point USA, and Republican National Committee chair Ronna McDaniel warned that socialism was on the march. Rep. Mark Meadows (R-N.C.), who chairs the right-wing House Freedom Caucus, told the crowd that proponents of a Green New Deal are “trying to get rid of all the cows.” The only upside, he said, is that “Chik-fil-A stock will go up.”

Sebastian Gorka, a former adviser to President Donald Trump, warned that it wasn’t just socialism, but communism that Democrats were forcing on the country. He described the Green New Deal as “a watermelon: green on the outside but deep, deep red on the inside.” If CPAC attendees didn’t rise up to resist, he said, it was only a matter of time before Democrats attacked everything they cared about. “They want to take away your pickup truck,” Gorka warned. “They want to take away your hamburger. This is what Stalin dreamt about but never achieved.”