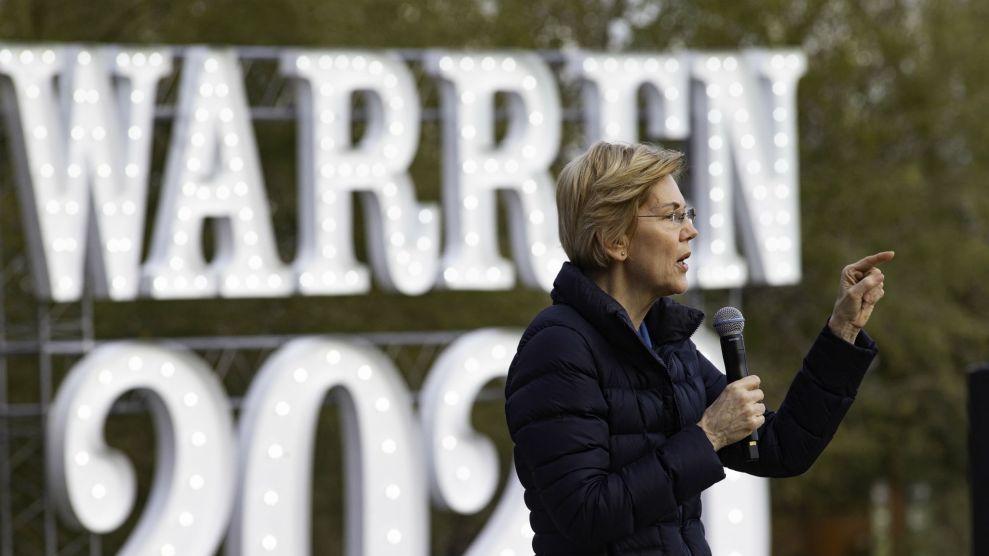 The 2020 Democratic candidate announced on Monday that her campaign “will be run on the principle of equal access for anybody who joins it,” because political candidates “spend way too much time with wealthy donors.” Warren acknowledged that this new approach would definitely come at a cost, almost guaranteed to ensure that she will be out-raised by other candidates in the presidential race but that she said it was “the right thing to do.”

Warren’s announcement comes at a time when she is already facing fundraising struggles. Last week, after Sen. Bernie Sanders (I-Vt.) raised a record $6 million from small donors within the first 24 hours of his announcement, Warren sent her supporters multiple emails warning them of low fundraising totals, according to the New York Times.

The former Harvard law professor said she would no longer hold private fundraising events or meet one-on-one with big donors as most prominent Democratic and Republican candidates have in the past. “That means no fancy receptions or big money fund-raisers only with people who can write the big checks,” Warren said in her announcement. “It means that wealthy donors won’t be able to purchase better seats or one-on-one time with me at our events. And it means I won’t be doing ‘call time,’ which is when candidates take hours to call wealthy donors to ask for their support.”

Although she did hold fundraisers during her past campaigns for US Senate, Warren hasn’t held any since she launched her presidential exploratory bid at the end of last year, according to POLITICO.

It’s yet to be seen whether this will create a new benchmark for campaign finance within the Democratic primary like the ripple effects of Warren’s January challenge not to take money from super PACs did. Most of the other major Democratic candidates in the 2020 primary—including Kamala Harris (D-Calif.), Cory Booker (D-N.J.), Kirsten Gillibrand (D-N.Y.), and Amy Klobuchar (D-Minn.)—have all pledged not to take corporate PAC money, while Warren has also said she would not to take money from any PAC and from lobbyists.

Warren argued in her latest announcement that the traditional form of fundraising, which is dependent on a few wealthy donors, creates a system of buying access to politicians and “closes out women and communities of color.”

Warren claimed that some Democrats are “so deeply afraid of losing to Donald Trump that they don’t want to risk saying or doing anything different at all,” because challenging the status quo within fundraising could hurt their electoral chances.